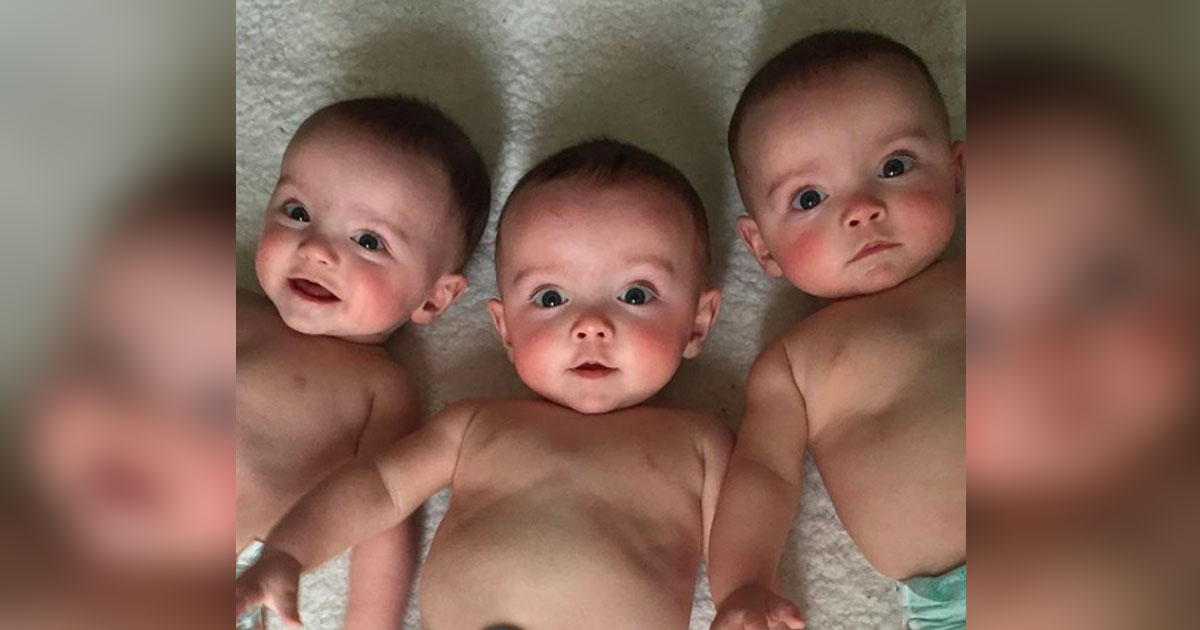 Becki-Jo Allen of England already had a daughter, adorable little Indiana, when she started feeling nauseous and uncomfortable. Having been through the whole ordeal before, she suspected that she was pregnant, and she was right! However, while Becki-Jo was accustomed to what to expect with one child, there was no way she was mentally or physically prepared for what came next…

Unlike when she was pregnant with Indiana, Becki-Jo had been feeling very ill and experiencing bad headaches. Though she hoped that nothing was wrong, she wanted to be able to detect any problems early on if there was, so she went and got an early scan. However, it wasn’t anything wrong that was making her sick–it was the fact that instead of one bun in the oven, there were three!

“It was the biggest shock of my life!” said Becki-Jo. “We haven’t got any triplets in the family so it came completely out of the blue.” 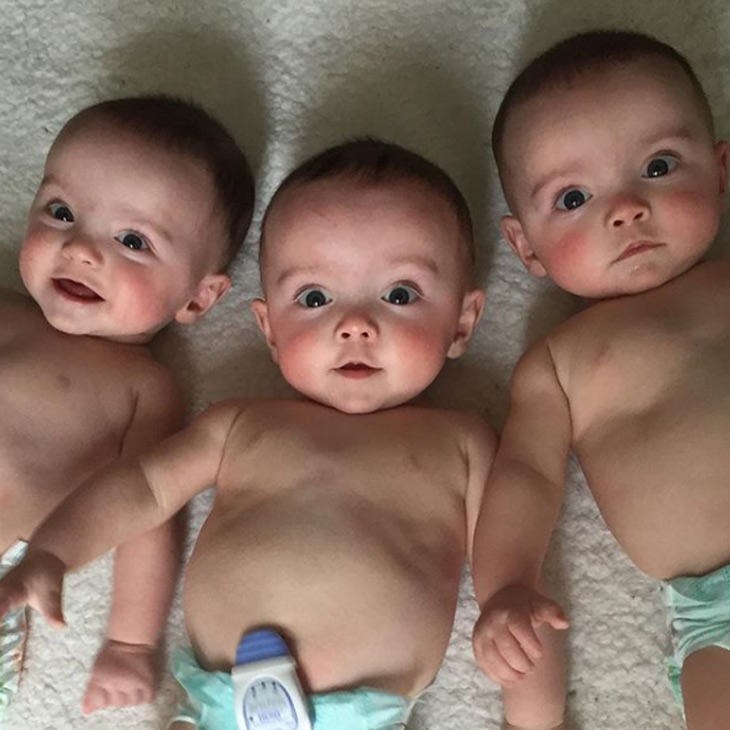 With no history of triplets in her’s or her partner’s families, the young mother was forced to figure things out on her own. She and her whole family did the best they could to prepare, so when, at 31 weeks pregnant, it was time to give birth, she was as ready as she would ever be.

Unfortunately, things didn’t go quite as smoothly as Becki-Jo had hoped once her sons, Rocco, Roman and Rohan were born. 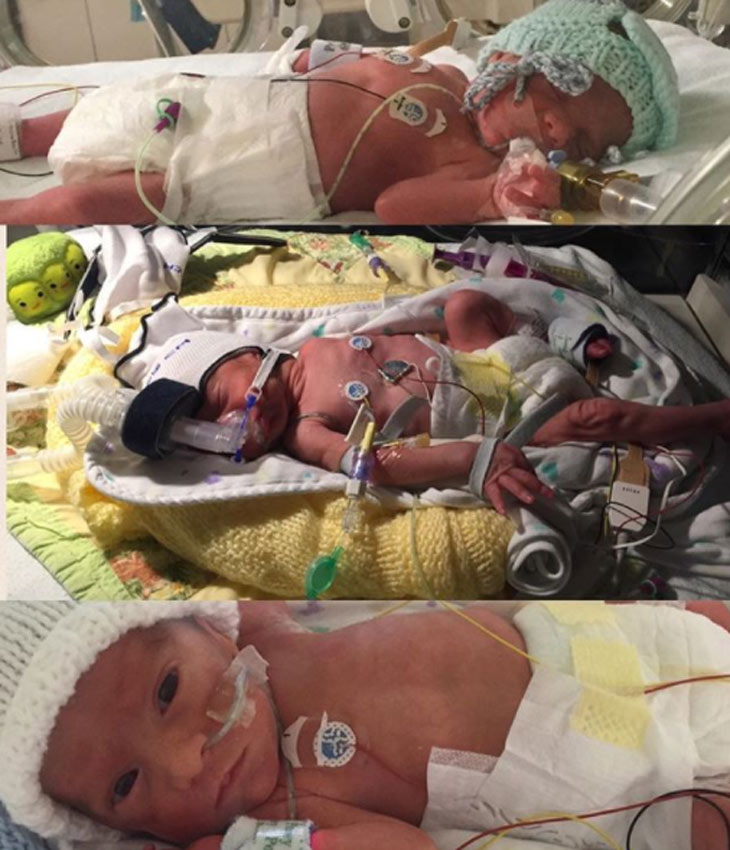 The triplets were experiencing serious health issues, and they were rushed to the Neonatal Intensive Care Unit, where they stayed for three long weeks, being nourished back to health. While they were in the NICU, Becki-Jo was never able to get a good look at each boy’s face, as they were covered in tubes, wraps and tape. It wasn’t until she was finally able to bring her boys home that she noticed something strange.

At home, Becki-Jo was finally able to get a good look at her boys’ faces, and it was then that she noticed that they all looked identical to one another. However, Becki-Jo knew that the chance of having identical triplets was rare (according to sources, there is only one in 60,000 to one in 20 million chances of having identical triplets), so she decided to send in DNA samples taken from the inside of each boys’ cheek. She sent the samples off to a lab, and within a few short days, she got her results. They were positive!

Though the boys looked alike when they were first born, Becki-Jo said that it was as they got older that the resemblance became uncanny. Now it’s impossible for their family to go out in public without passersby commenting on their similarities.

“I was always convinced they weren’t because that’s what I had been told during my pregnancy. I got in touch with a company who sent me some swabs and within three days of me sending them back, they told me the boys were identical…
We don’t get anywhere fast because people are always stopping us when we’re out and asking if they are identical.”

When asked whether or not she ever gets her boys confused, she responded,”I don’t get them mixed up – it’s only when they’re asleep that they look the same to me. They all have completely different personalities.”

“Rohan is the loud one, he’s always shouting. Rocco is normally quite laid-back, but he can be feisty too, while Roman is usually complaining that he doesn’t want to share. They’re always crawling about after the same toy, trying to get to it before their brothers do.”

That sounds about average for young brothers!

And how is Indiana coping with her new life with three young brothers?

“Indiana loves them, she’s not one bit jealous – I do feel a bit sorry for her when I think what it’s going to be like growing up with three little brothers though!” 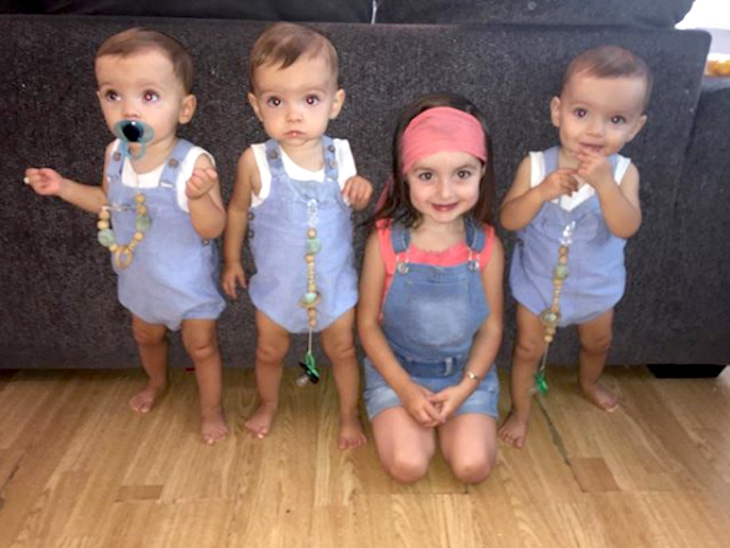 For most parents, giving birth to and raising one child is hard enough as is, and even just the thought of twins can be overwhelming and scary. And the thought of triplets? That’s a laughing matter. But for Becki-Jo, having triplets has been a blessing, and she wouldn’t have it any other way.