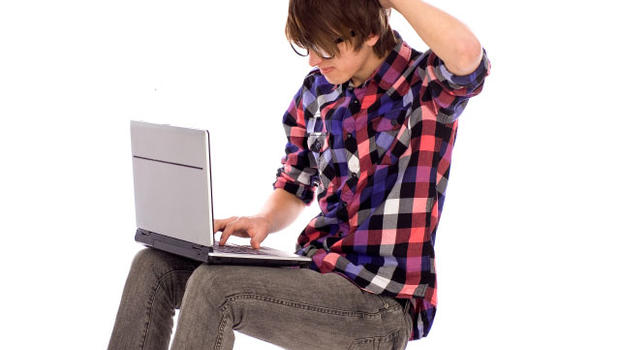 Technology is a useful tool, but many people don’t know how to use it properly which can easily become damaging. As much as you may love your Twitter page is it really worth the toll it takes on your health? That’s for you to decide after you read the following 10 ways social media negatively effects your life:

1. Reduces person to person interaction.
Not only do you spend less quality time with is people who are physically present in your life, but they will quickly get annoyed by you when you’re paying more attention to an electronic device than them. Eventually the people around you will even stop wanting to hang out with you.

2. Increases your cravings for attention drastically.
Posting vague statuses on Facebook to grab others attention could easily become a nasty habit for people who use social media frequently. The never ending competition for likes and notifications can consume you.

3. Distracts from life goals.
It’s so easy to get wrapped up in what’s going on in social media that people will neglect their real life goals. Instead of aiming for the dream job by obtaining useful skills people, especially younger people, tend to strive for internet stardom.

4. It can lead to a higher risk of depression.
According to recent studies the more people used social media the more negative feelings they experience, including depression. This could partiulalrly harmful to people who have been previously diagnosed with depression. If you beginning to notice you’re feeling down on a regular basis it’s probably time to take a break from your many social media.

5. Relationships are more likely to fail.
No good comes out of online displays of jealousy and snooping. It may seem like an easy option when it comes to dealing with relationships, but in reality it does more damage than good. In fact, studies show that the more a person uses Facebook the more likely they will be to monitor their partner, which leads to arguments and crumbling relationships.

6. Excessive use of social media stunts creativity.
I can speak from personal experience that social media is the easiest way to stunt, or kill, the creative process. Surfing social media sites, especially Tumblr. in this scenario, has a numbing effect on the mind that’s similar to mindlessly watching television. If you plan on being productive today shut off those apps!

7. Cyber bullying is alive and well.
People feel too comfortable on the web and say things they wouldn’t normally say in real life. If you’re not the one say horrible things, you’re still inevitably going to be exposed to it. And if you are one of the people talking trash? Cut it out! You’re not as anonymous as you think. With the rampant cyber bullying on the web, people are also becoming more rude off the web as well.

8. Constantly comparing yourself to others online will make you miserable.
The digital persona people display on Facebook is often much different that what actually goes on in their lives. After awhile you may feel like you know your online aquainences better than you do, creating a social gap. Try to remember that everyone is just as human as you are.

9. Loss of sleep.
The light emitted from your various electronic screens tricks your mind into thinking it’s not time for you to sleep. Getting enough sleep each night is already difficult enough without extra complications. Perhaps it’s best if your phone doesn’t stay with you though the night.

10. Lack of privacy.
Between social media websites saving (and selling) your personal data and the whole NSA mess involving unsolicited government access of personal data including email, Skype calls, and so much more it’s very clear that privacy and the internet don’t mix at this point in time. If you post every last thought that pops into your head it could just as easily come back to haunt you in the future.