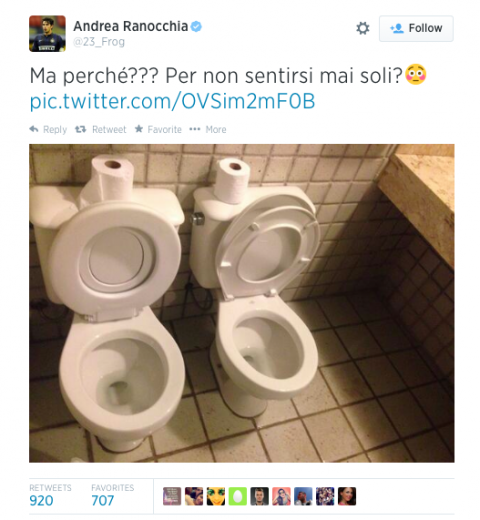 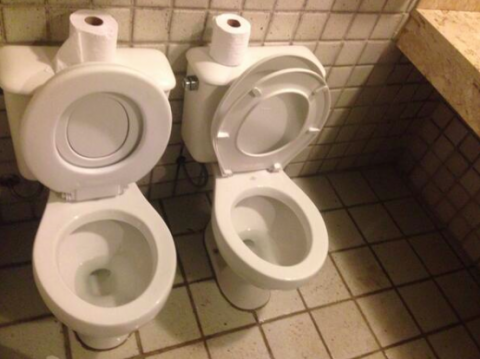 Guess the double toliet idea was such a big hit during the Olympics in Sochi that the World Cup people decided to bring them to Brazil. I don’t know what the Italian soccer player said in his tweet because I’m not that cultured but I’m guessing it was some form of either “What the fuck?” or “I love this idea!”. Not sure which one. Is there even enough room between the two toliets for two grown men to sit and take a dump? No way, right? Maybe that was the goal but if so why not just put two urinals. If we’re being completely honest, in a pinch, I’d have no problem taking a dump next to a buddy. Not a bad bonding experience if you ask me. Oh what, you would have a problem doing it? Come on, don’t be gay.

PS- The last thing people need to be worrying about in Brazil is the dump-taking situation. They need to worry about more important things like trying to avoid getting robbed/murdered/robbed then murdered.