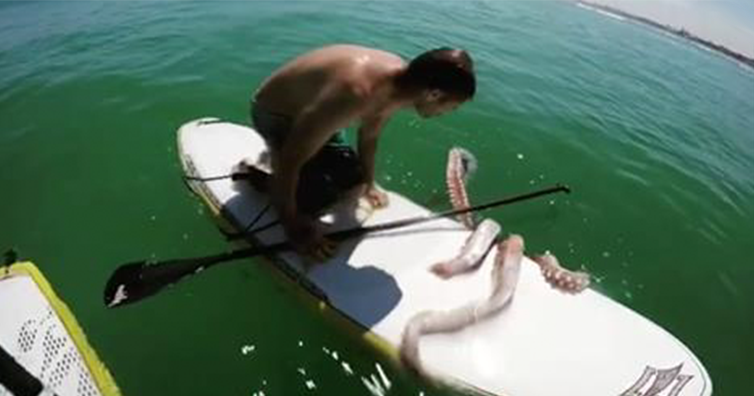 Taylor said in the comments section of his Instagram post that he and two friends were paddle-boarding in Melkbosstrand, about 22 miles from Cape Town. They came across an injured giant squid. Apparently the squid had been wounded in a fight with another predator and was on the verge of dying.

“Unfortunately it was very injured,” Taylor said. “Had lost a couple of tentacles and had some bite marks on the upper part of its body.” Unfortunately, the squid did not make it. Taylor claims that he and his friends wanted to get the squid to safety before it could be killed by a seal but they were unsuccessful in their attempt.