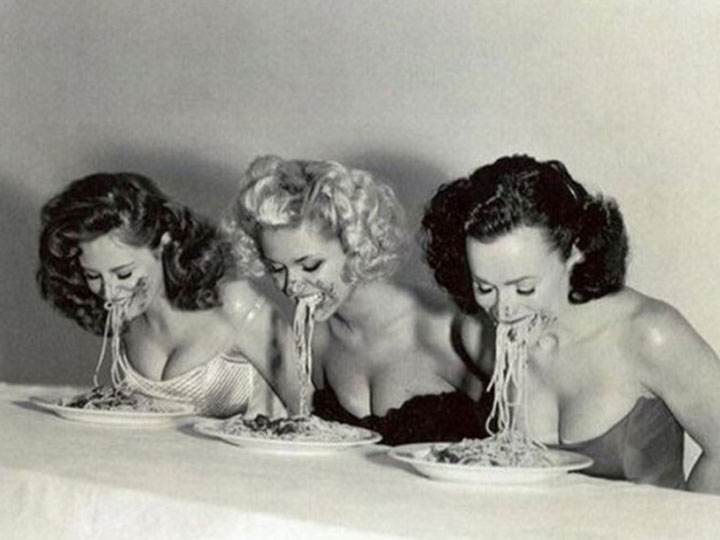 Some people think that we’re living in a truly crazy world right now. But what about a few decades ago or a century? Weird things have been happening non-stop throughout the human history and some of them were even documented and photographed. If you think that nowadays people like to do crazy things, wait till you see this collection of historical photos. Each of these shots has captured an incredible moment that seems absolutely impossible. Yet here they are – 20 mind-bending things you won’t believe actually happened in real life.

Alfred Hitchcock was a truly eccentric man. Here on this photo he’s having a cup of black tea with a lion at a pavilion in the Metro-Goldwyn-Mayer Studio. Pleasant company indeed! 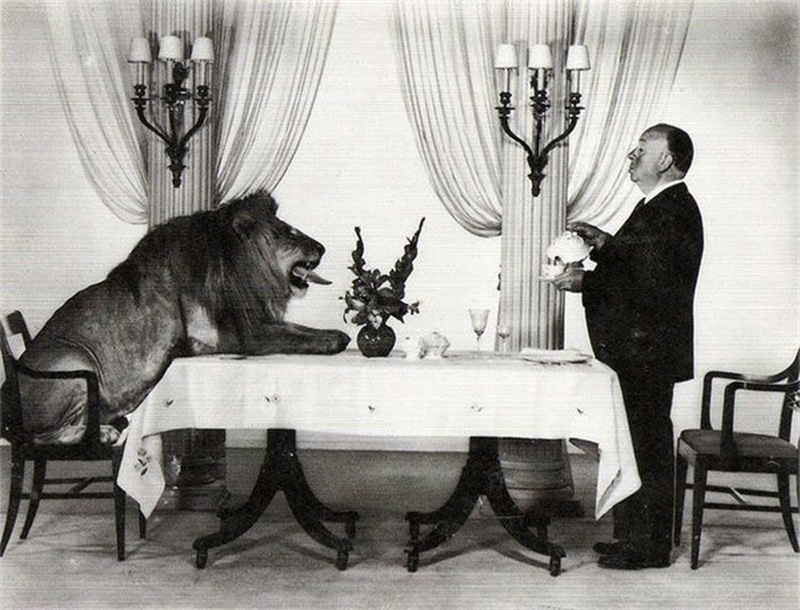 Back in 1942 stockings (nylons) were virtually non-existent as they were being made into parachutes for the army. Yet these incredible women came up with a solution to have stockings – they just drew the lines to make it look like they’re wearing stockings! It’s kind of genius. 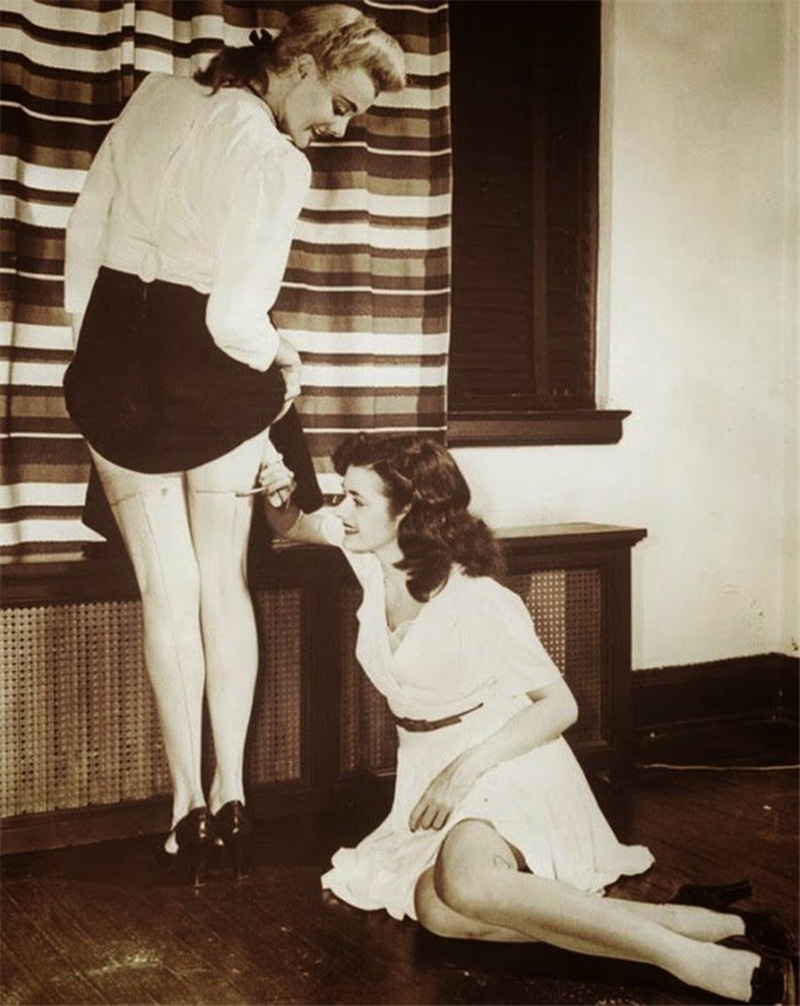 Border patrol has caught a fugitive and is dragging him across the border of the United States. The photo looks really tragic. 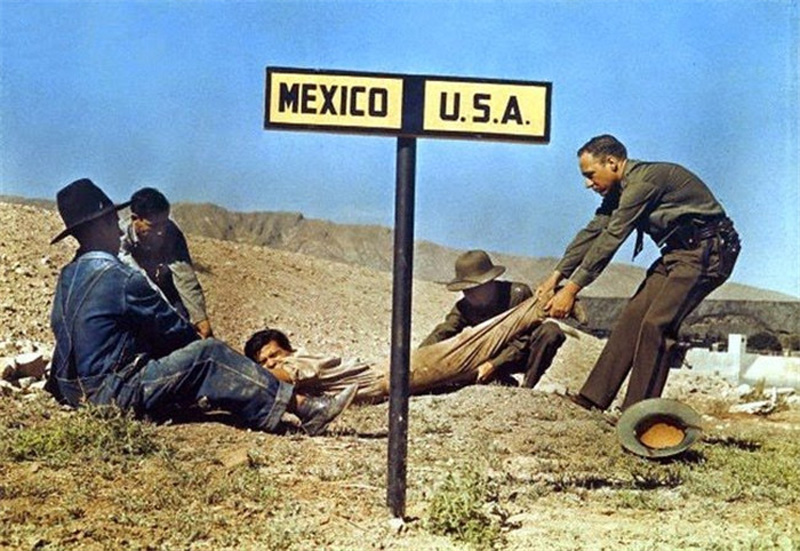 On this dramatic shot we see pilot George Aird eject himself from a plane that he lost control over. 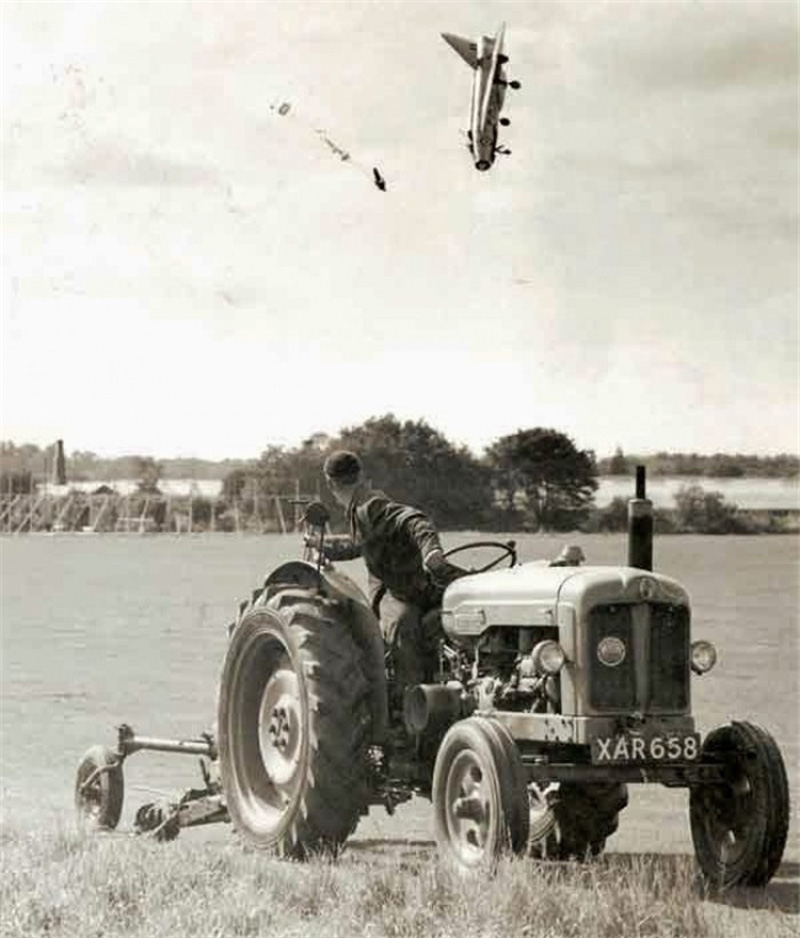 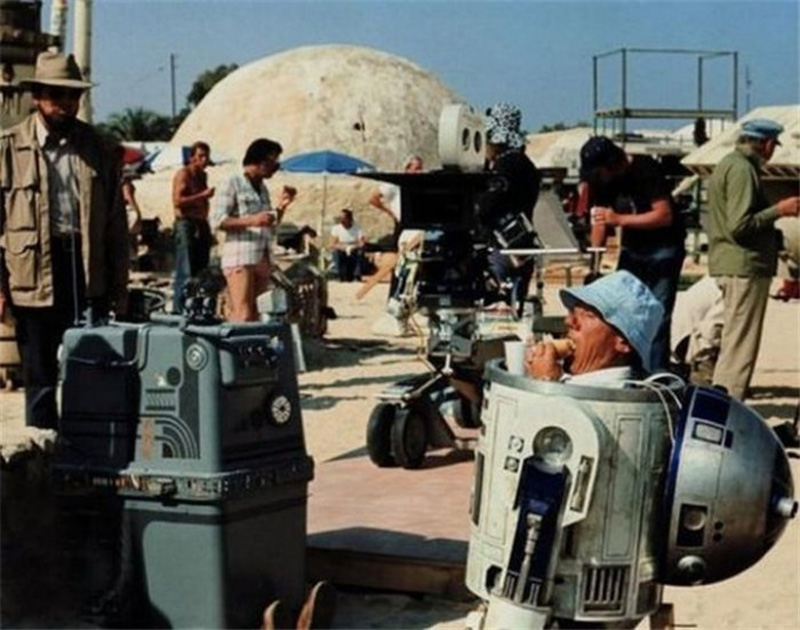 People have been dreaming about portable tech for ages. This crazy-looking device was an attempt to create a portable TV back in 1967. The attempt failed, but the device looks pretty cool!

It’s not often that we see beautiful women eating like this. Here three girls are participating in a spaghetti –eating contest called ‘Macaroni’. Was there even a winner in this competition? 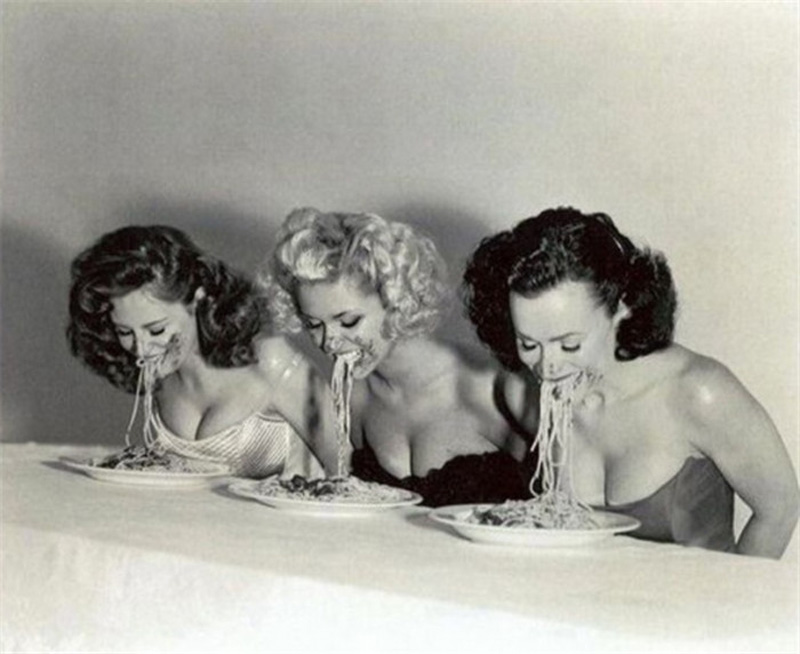 This police car from the 20s is equipped with a special shovel to prevent injuries and casualties among pedestrians. What a clever thing to do! 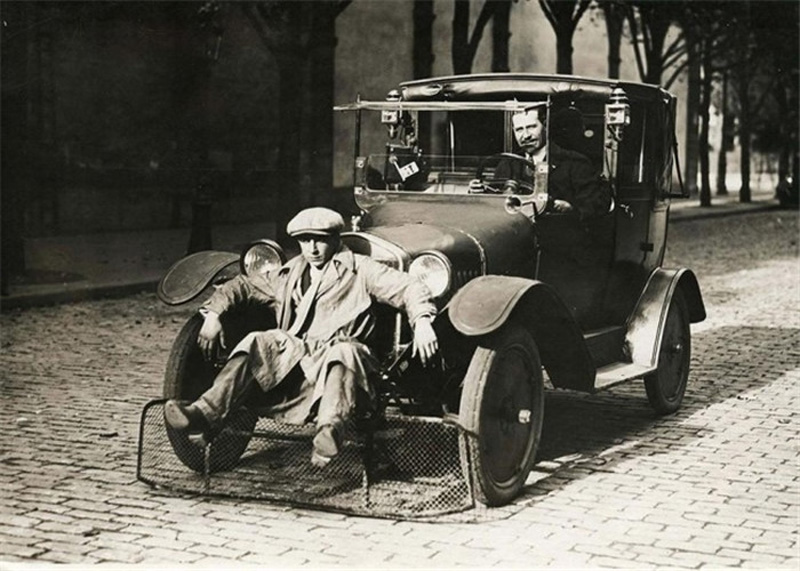 Beer is very important, even more so during warfare. On this photo we see kegs of beer being delivered to the troops fighting in Normandy in 1944. 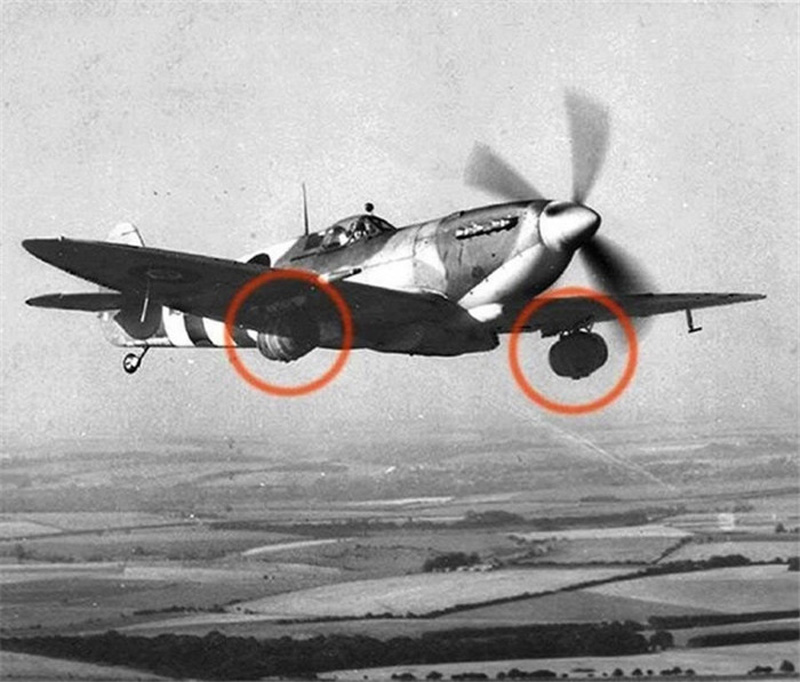 It seems that the 20s were a period of great innovations. Here we can see women wear avant-garde-looking swimsuits made of real wood. Even modern designers wouldn’t come up with something like this! 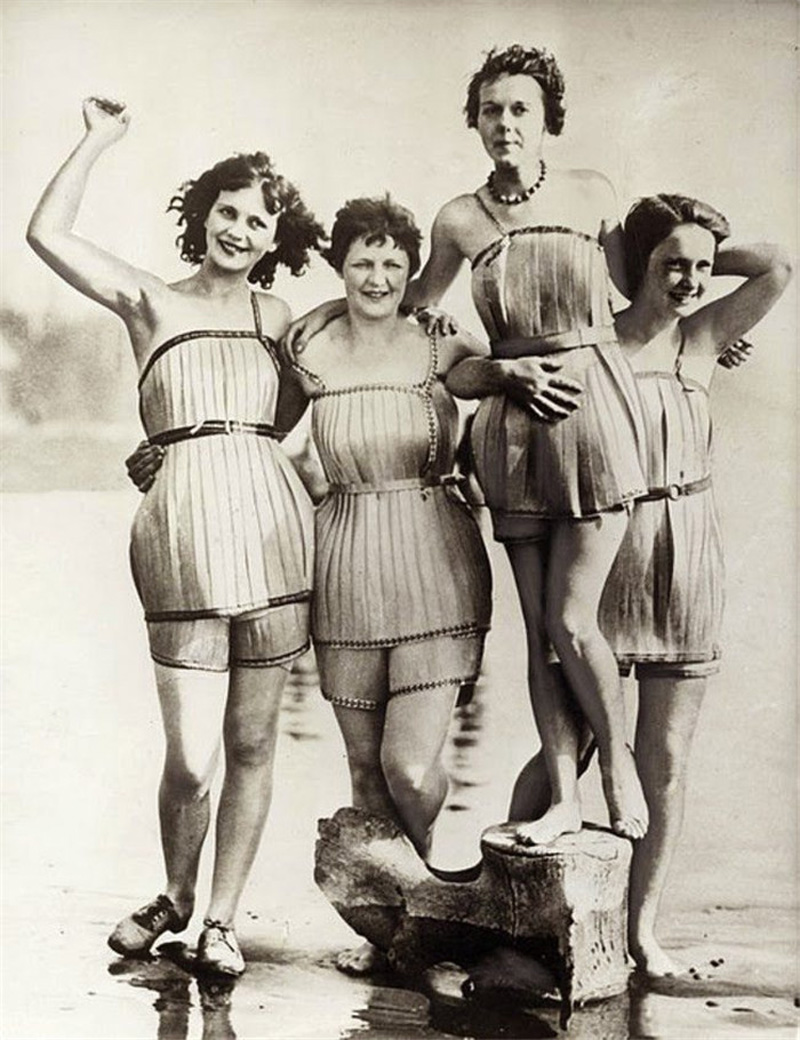 These crazy-looking devices are actually ‘sound finders’. They were designed to help find where the enemy’s planes were coming from. 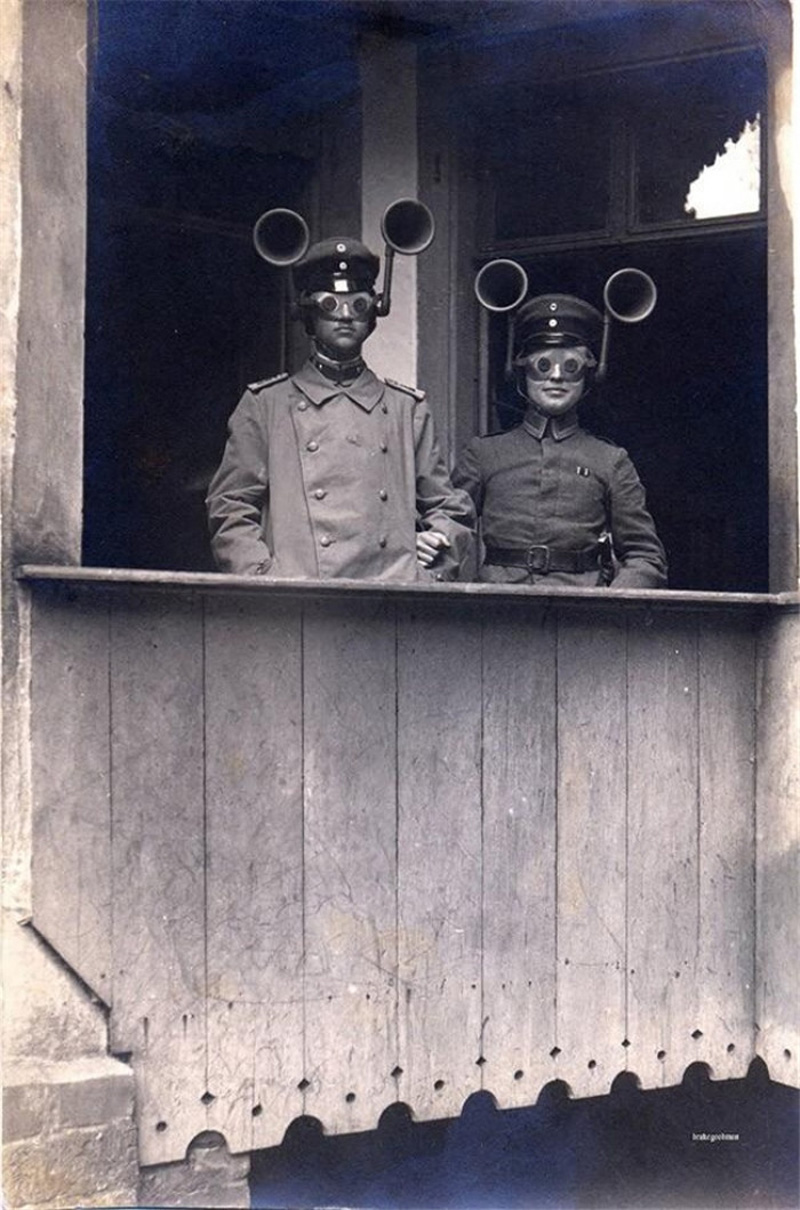 Portable sauna, anyone? This gorgeous lady didn’t even need to leave the house to take a sauna. 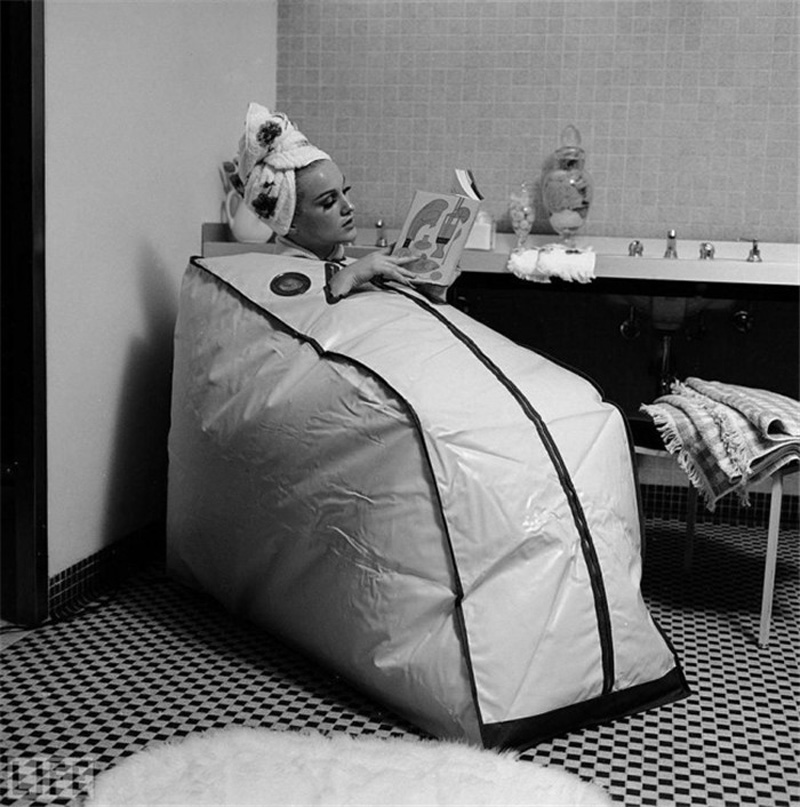 This weird device was created to literally ‘roll the fat’ off women’s legs. It was designed in 1936. 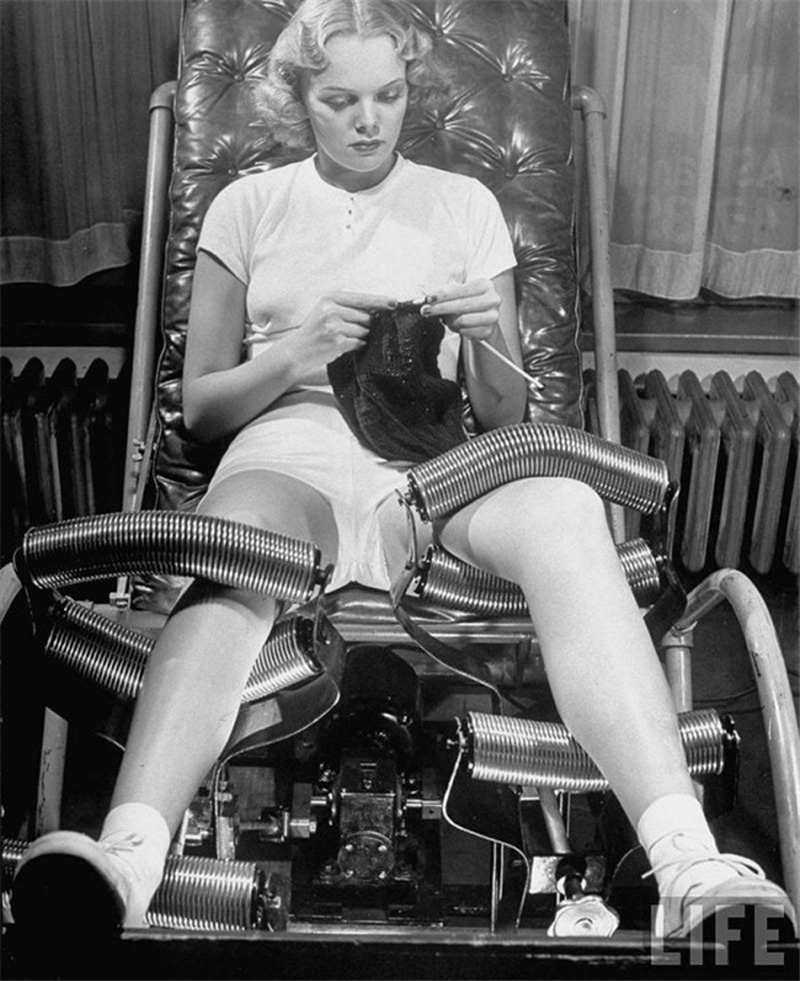 These guys fully understood the importance of protection during a football game. On this photo a helmet is being tested in 1912. 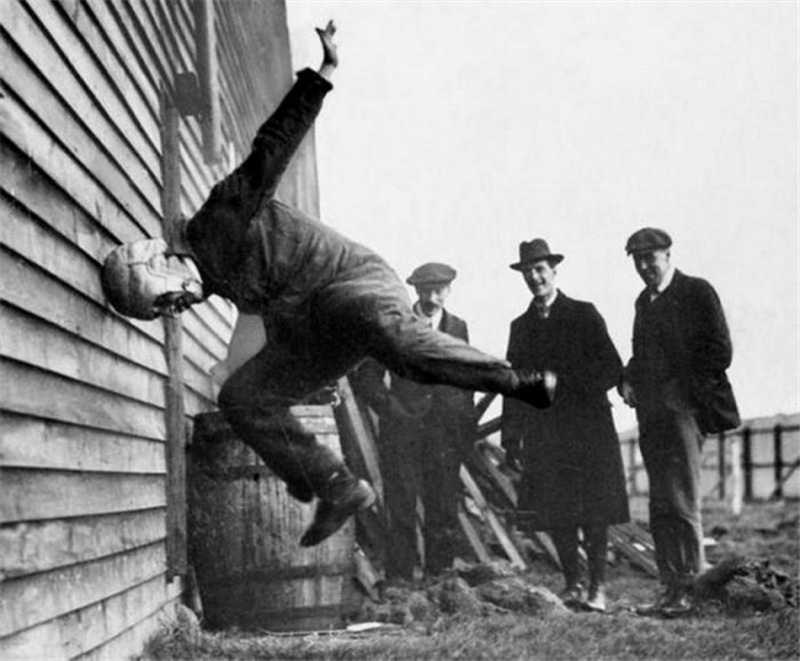 Designed in 1932, this incredible Dynasphere was able to go as fast as 25 mph. It looked absolutely bizarre! 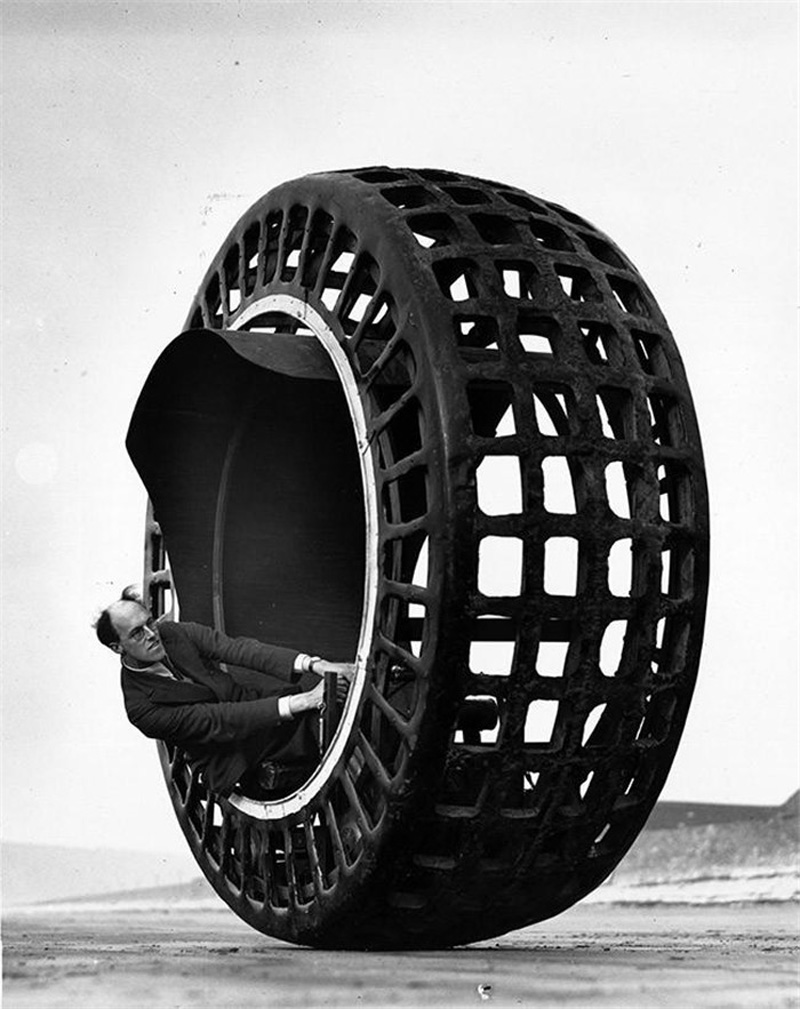 It seems that rains used to be a big deal in Paris back in 1924. Yet Parisians came up with a solution and built a bridge made of chairs to avoid getting wet. The whole scene looks unbelievable! 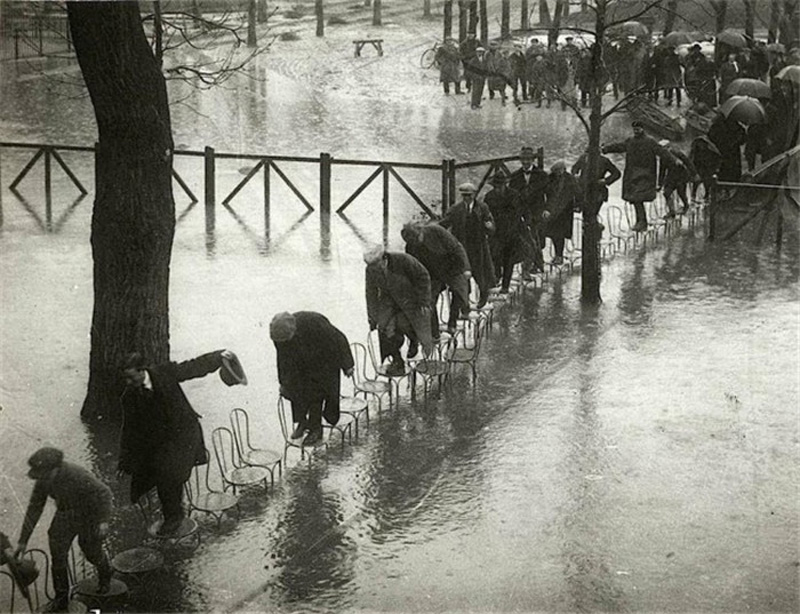 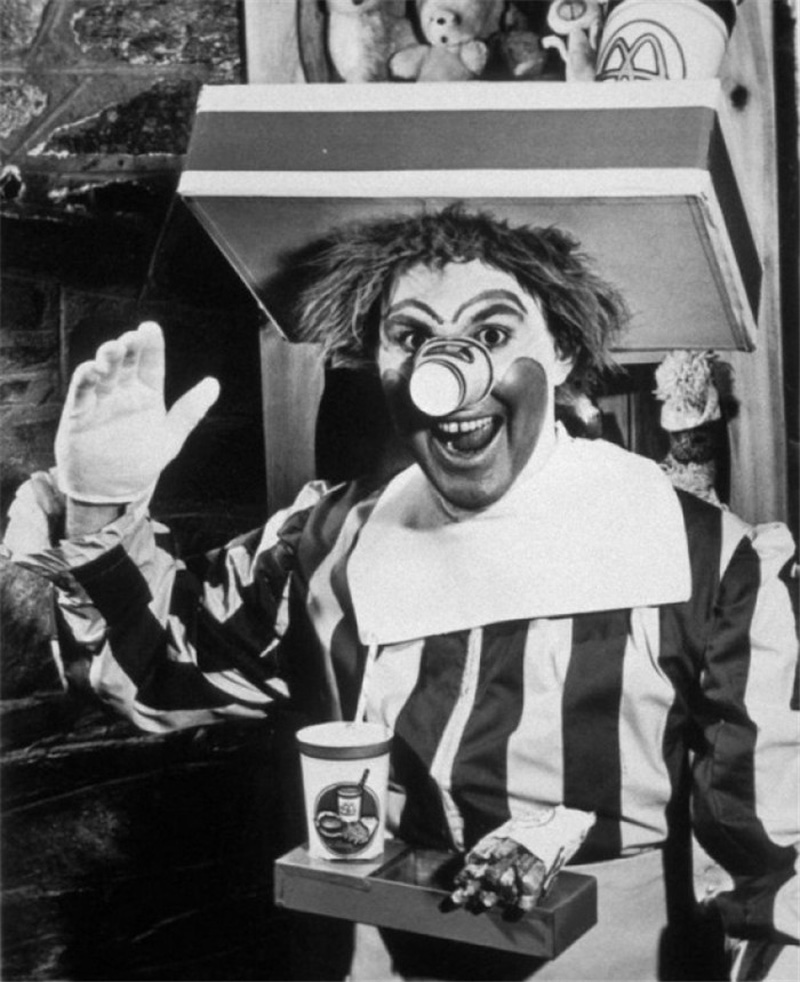 If you were ever wondering what 5 MB looked like back in the day – here’s the answer. On the photo an old-school 5 MB hard drive is being loaded into a plane. The thing is huge! 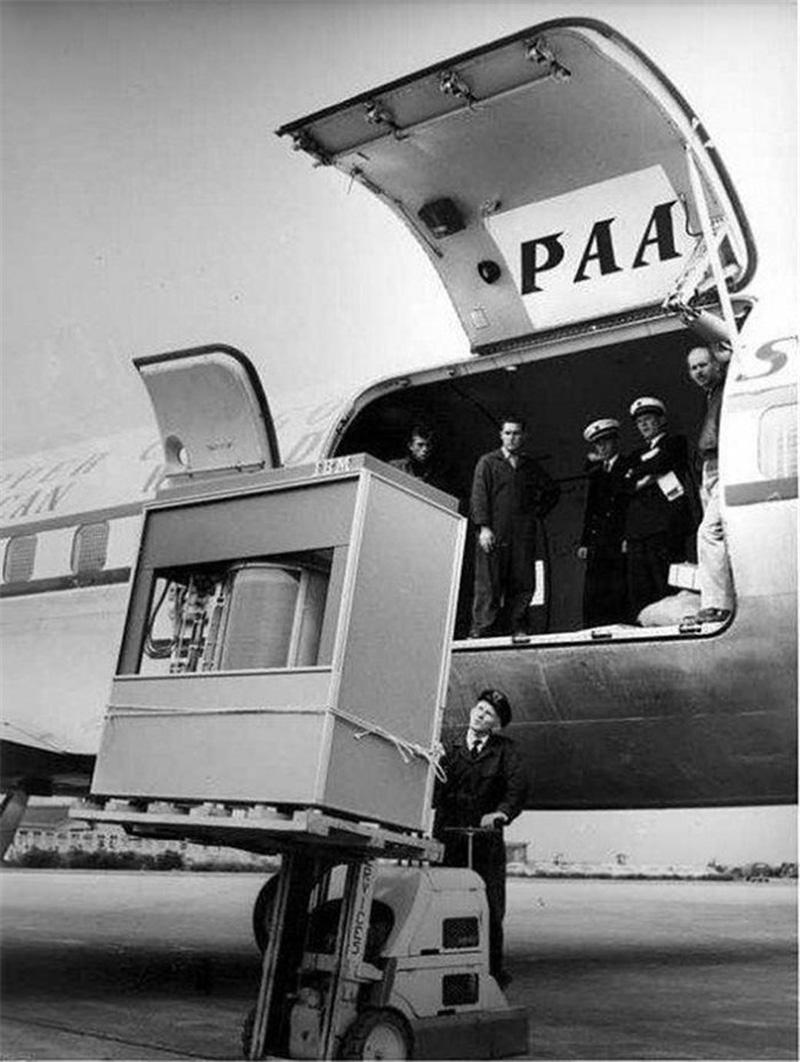 This is what the original Michelin man looked like. 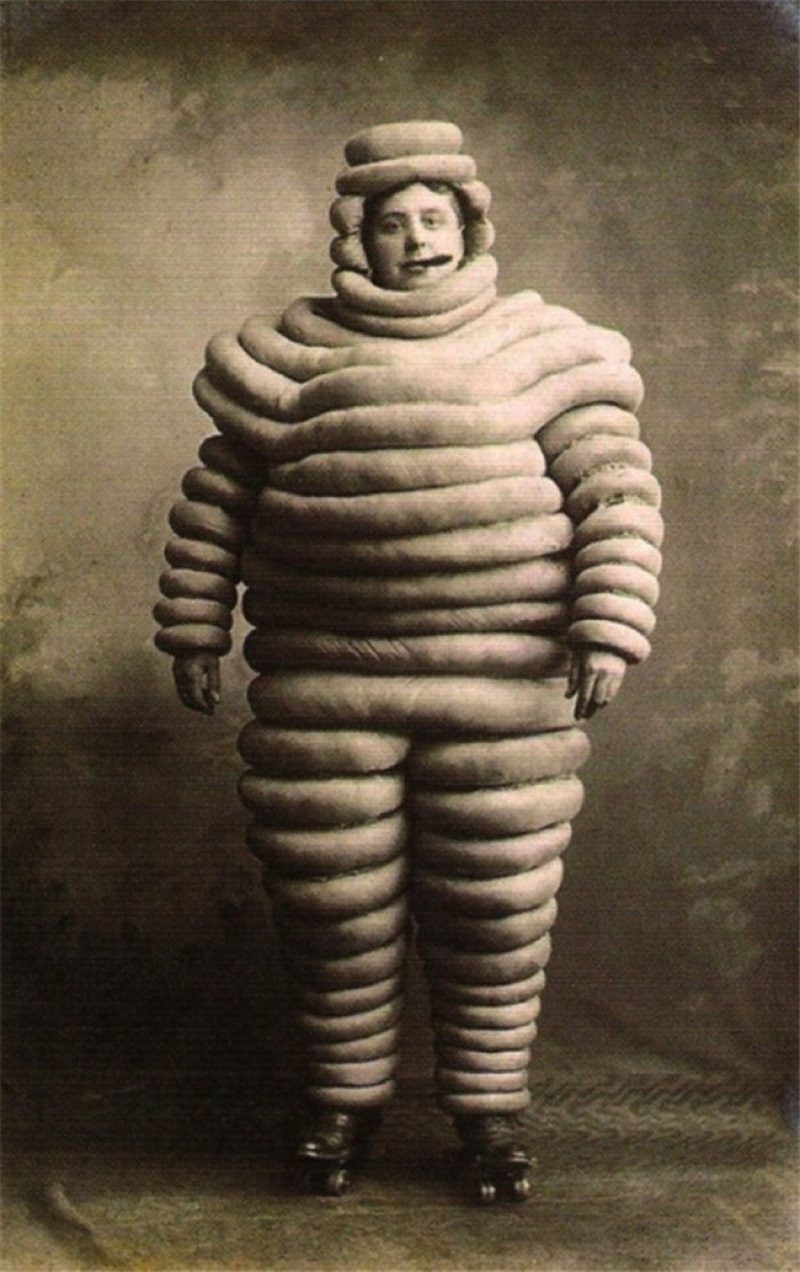 Everything went wrong when Sweden switched to right-side driving. It was real chaos! 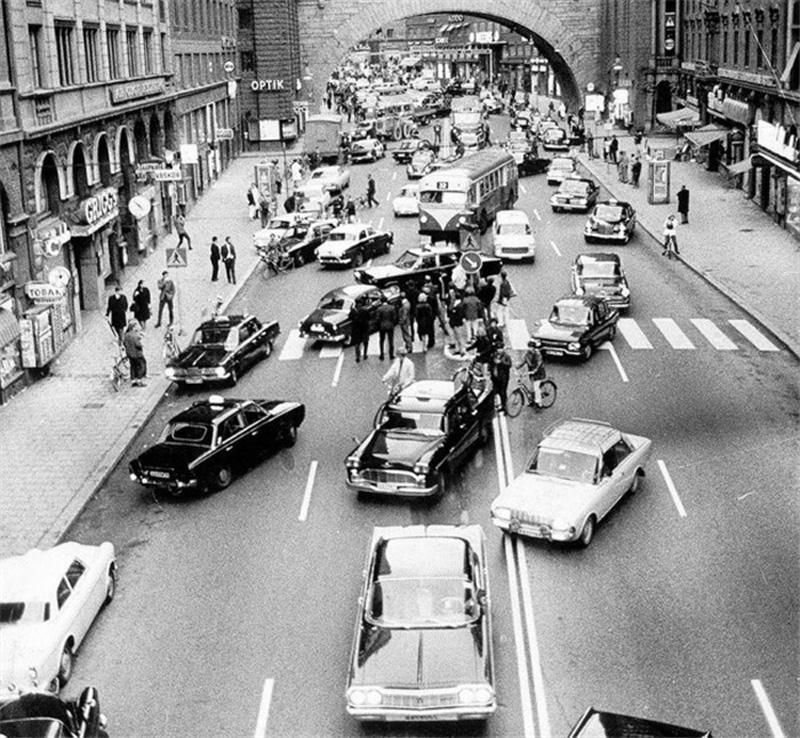