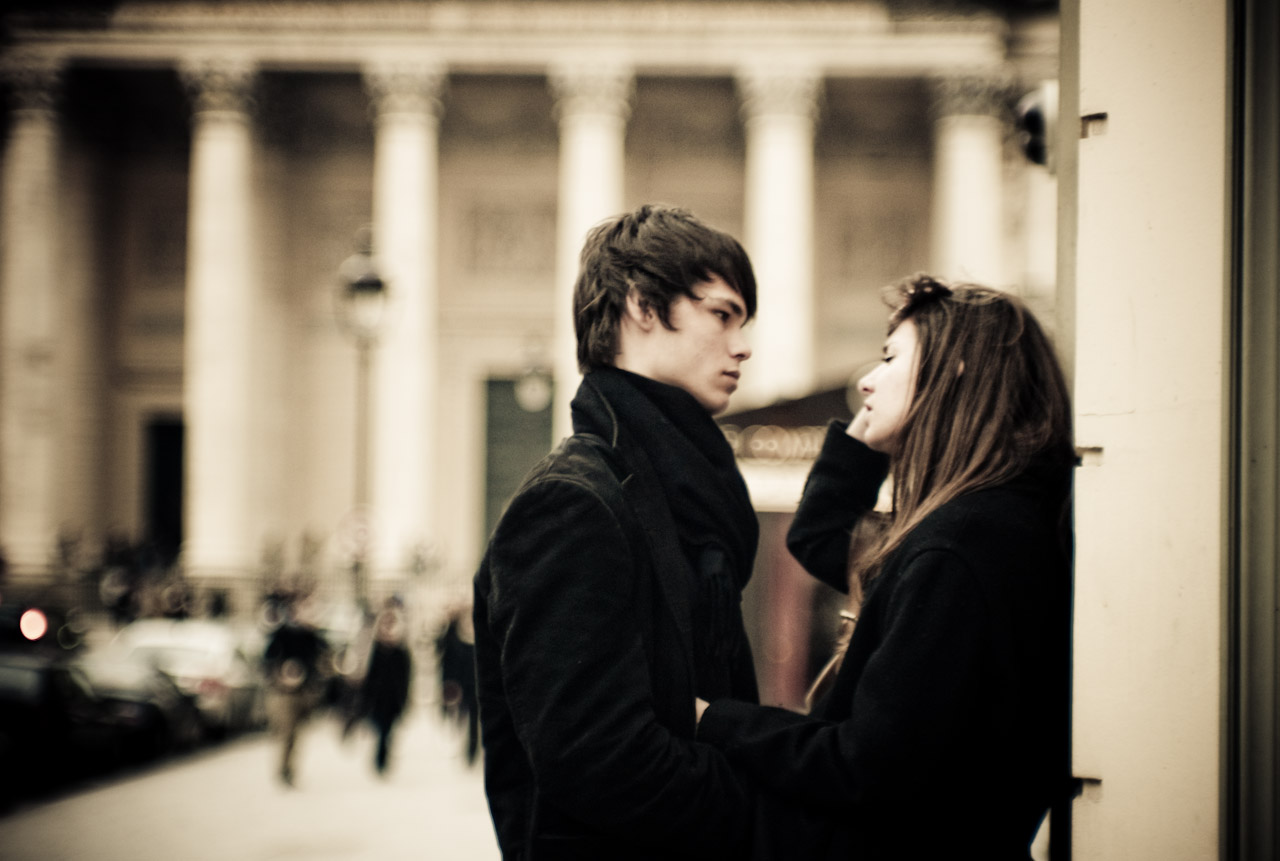 There was once a guy who suffered from cancer… a cancer that can’t be treated. He was 18 years old and he could die anytime. All his life, he was stuck in his house being taken cared by his mother. He never went outside but he was sick of staying home and wanted to go out for once.
So he asked his mother and she gave him permission. He walked down his block and found a lot of stores. He passed a CD store and looked through the front door for a second as he walked. He stopped and went back to look into the store. He saw a young girl about his age and he knew it was love at first sight. He opened the door and walked in, not looking at anything else but her. He walked closer and closer until he was finally at the front desk where she sat.

She looked up and asked Can I help you She smiled and he thought it was the most beautiful smile he has ever seen before and wanted to kiss her right there.
He said Uh… Yeah… Umm… I would like to buy a CD. He picked one out and gave her money for it.
Would you like me to wrap it for you she asked, smiling her cute smile again.
He nodded and she went to the back.
She came back with the wrapped CD and gave it to him. He took it and walked out of the store. He went home and from then on, he went to that store everyday and bought a CD, and she wrapped it for him. He took the CD home and put it in his closet. He was still too shy to ask her out and he really wanted to but he couldn’t. His mother found out about this and told him to just ask her.
So the next day, he took all his courage and went to the store. He bought a CD like he did everyday and once again she went to the back of the store and came back with it wrapped. He took it and when she wasn’t looking, he left his phone number on the desk and ran out…
!!!RRRRRING!!!
The mother picked up the phone and said, Hello
It was the girl!!! She asked for the boy and the mother started to cry and said, You don’t know He passed away yesterday…
The line was quiet except for the cries of the boy’s mother.
Later in the day. the mother went into the boy’s room because she wanted to remember him. She thought she would start by looking at his clothes. So she opened the closet. She was face to face with piles and piles and piles of unopened CDs. She was surprised to find all those CDs and she picked one up and sat down on the bed and she started to open one.
Inside, there was a CD and as she took it out of the wrapper, out fell a piece of paper. The mother picked it up and started to read it.