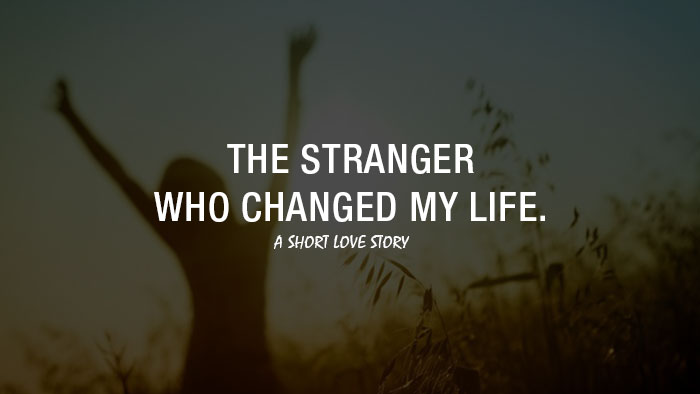 In 1983, I was traveling with a tiny theater company doing vaudeville-type shows in  community centers and bars—anywhere we could earn $25 each plus enough gas money to get to the next small town in our ramshackle yellow bus.

As we passed through Bozeman, Montana, in early February, a heavy snow slowed us down. The radio crackled warnings about black ice and poor visibility, so we opted to impose on friends who were doing a production of Fiddler on the Roof at Montana State University. See a show, hit a few bars, sleep on a sofa: This is as close to prudence as it gets when you’re an itinerant 20-something troubadour.

After the show, well-wishers and stagehands milled behind the curtain. I hugged my coat around me, humming that “If I Were a Rich Man” riff from the show, aching for sunrise and sunset, missing my sisters. What a wonderful show that was—and is.

A heavy metal door swung open, allowing in a blast of frigid air, and clanged shut behind two men who stomped snow from their boots. One was big and bearlike in an Irish wool sweater and gaiters; the other was as tall and skinny as a chimney sweep in a peacoat.

“… but I’m just saying, it would be nice to see some serious theater,” one of them said. “Chekhov, Ibsen, anything but this musical comedy shtick.”

“Excuse me?” I huffed, hackles raised. “Anyone who doesn’t think comedy is an art form certainly hasn’t read much Shakespeare, have they?”

I informed them that I was a “professional shticktress” and went on to deliver a tart, pedantic lecture on the French neoclassics, the cultural impact of Punch and Judy as an I Love Lucy prototype, and the importance of Fiddler on the Roof as both artistic and oral history. The shrill diatribe left a puff of frozen breath in the air. I felt my snootiness showing like a stray bra strap as the sweep in the peacoat rolled his eyes and walked away.

The bear stood there for a moment, an easy smile in his brown eyes. Then he put his arms around me and whispered in my ear, “I love you.”

I took in a deep, startled breath—winter, Irish wool, coffee, and fresh-baked bread—and then pushed away with a jittery half-joke. Something like, “Watch it. I have pepper spray.”

I shook my head. Alarm and skepticism warred with spreading, unsteady warmth behind my collarbone. “Walking around in the freezing dark with a total stranger is not nice,” I said. I tipped a glance to the well-worn gaiters. “Planning to do some cross-country skiing?”

“Riding my bike,” he said, and then added without apology, “I’m between vehicles.”

He held the heavy door open expectantly. I moved the pepper spray from my purse to my coat pocket and followed my heart out under the clear, cold stars.

“What are you reading?” I asked, because that question always opens doors of its own. I was in the habit of asking the nuns at the bus stop, a barber who paid me to scrub his floor once a week, elderly ladies and children at the park. To this day, I ask people who sit beside me on airplanes, baristas at Starbucks, exchange students standing in line with me. Over the years, “What are you reading?” has introduced me to many of my favorite books and favorite people.

The bear had a good answer: “Chesapeake. Have you read it?”

“No, but I love James Michener,” I said. “When I was 12, I fell in love with Hawaii and vowed that if I ever had a daughter, I’d name her Jerusha after the heroine.”

“Same could be said of bicycling in your ski gaiters.”

The conversation ranged organically from books and theater to politics and our personal histories.

Having embraced the life of an artsy party girl, I was the black sheep of my conservative Midwestern family, thoroughly enjoying my freedom and a steady diet of wild oats. He’d spent a dysfunctional childhood on the East Coast. A troubled path of drug and alcohol abuse had brought him to one of those legendary moments of clarity at which he made a hard right turn to an almost monkish existence in a tiny mountain cabin. He’d built an ascetic life that was solitary but substantive, baking bread at a local restaurant, splitting wood for his heating stove, staying out of trouble.

“That probably sounds pretty dull to you,” he said.

“Agonizingly dull, but don’t worry,” I said, and then patted his arm. “Maybe someday you’ll remember how to have fun.”

We talked about the things people tend to avoid when they’re trying to make a good impression: hopes subverted by mistakes, relationships sabotaged by shortcomings. My bus was leaving in the morning, and we would never see each other again, so there was no need to posture.

Fingers and chins numb with cold, we found refuge in a Four B’s Restaurant and sat across from each other in a red vinyl booth. We had enough money between us for a short stack of buckwheat pancakes. A few morning papers were delivered to the front door, and we worked our way through the crossword puzzle, coffee cups between our hands.

The sun came up, and we emerged from Four B’s to discover a warm chinook blowing in. Already the eaves were weeping, icicles thinning on trees and telephone wires. This is what Montana does in midwinter: clears off and gets bitter cold, and then suddenly it’s as warm and exhilarating as Easter morning. Don’t believe it for a minute, you tell yourself as the streets turn into trout streams, but the sheer pleasure of the feeling makes a fool of you. You forget your scarf and mittens on a hook behind the door. You know it’s still winter, but that’s just what you know; the chinook is what you believe in.

The bear held my hand inside his coat pocket as we walked in silence back to the parking lot to meet my company’s bus. Before he kissed me, he asked me if I was ready. Ready for what I have no idea, but ready is how I felt. I was stricken with readiness. Humbled by it.

“I hope you have a wonderful life,” I told him.

“You too,” he replied before nodding stiffly and walking away.

The bus lumbered through the slush and labored over the mountains to a fading Highline town where we were booked to play a quaintly shabby old opera house. The guy at the box office immediately pegged me as a party girl who’d been up all night and invited me to go to the bar next door for a hair of the dog before the show, but I could not for the life of me remember why that used to sound like fun.

Later that evening, as I did my shtick out on the foot-lit stage, I heard the bear’s distinctive baritone laughter from somewhere in the audience. After the show, he was waiting for me by the door. I didn’t bother asking him how he’d gotten there. He didn’t bother asking me where I wanted to go.

I can’t endorse the idea of love at first sight, but maybe there are moments when God or fate or some cosmic sense of humor rolls its eyes at two stammering human hearts and says, “Oh, for crying out loud.” I married the bear a few months later in a meadow above his tiny cabin in the Bridger Mountains. We weren’t exempted from any of the hard work a long marriage demands, but for better or worse, in sickness and in health, that moment of unguarded, chinook-blown folly has somehow lasted 30 years.

We laugh. We read. I do dishes; he bakes bread. Every morning, we work through the daily crossword puzzle. Our daughter, Jerusha, and son, Malachi Blackstone (named after his great-grandfather and an island in Chesapeake Bay) tell us we are agonizingly dull.