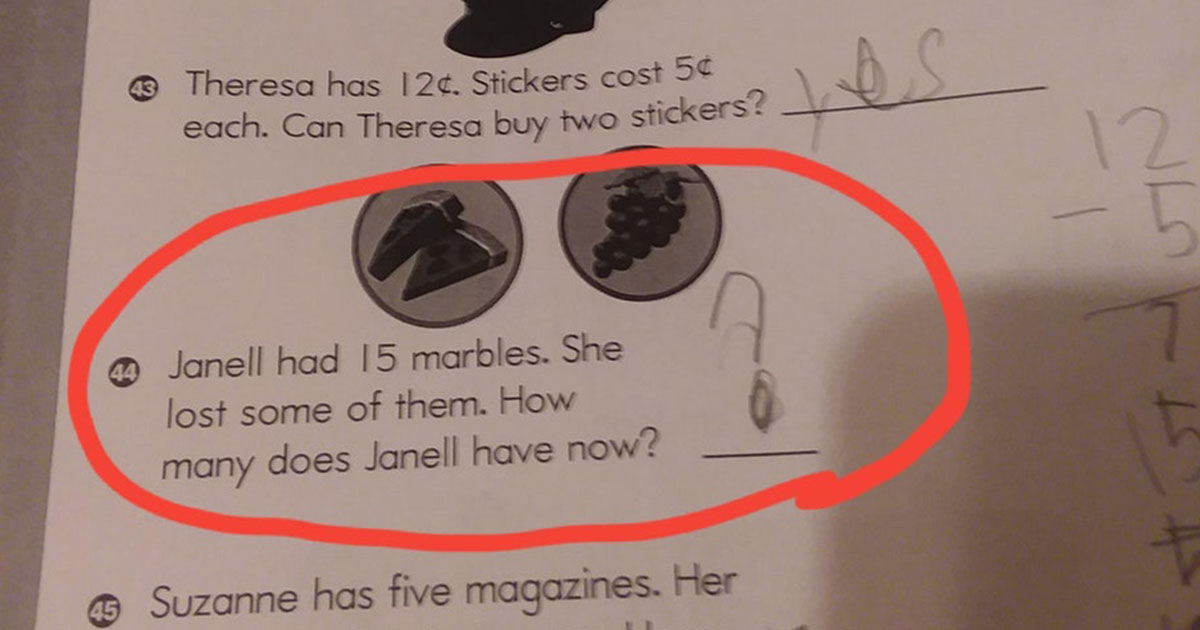 If only there were a time machine to bring us back to third grade when our biggest worries consisted of who to play with on the playground and if the cafeteria was serving pizza for lunch. But as simple as third grade may seem to be, this math problem that was posted on Reddit totally stumped students, parents, and the entire Internet. Can you solve it?

The problem reads, “Janell had 15 marbles. She lost some of them. How many does Janell have now?” The confused student put a question mark next to the problem—and we probably would have too. The rest of the problems were much less confusing and fairly straightforward. “Eric has $15. He buys a hat for $6. How much money does he have left?” and “Suzanne has five magazines. Her sister buys her two more. How many does Suzanne have now?” were some of the other way less complicated questions. 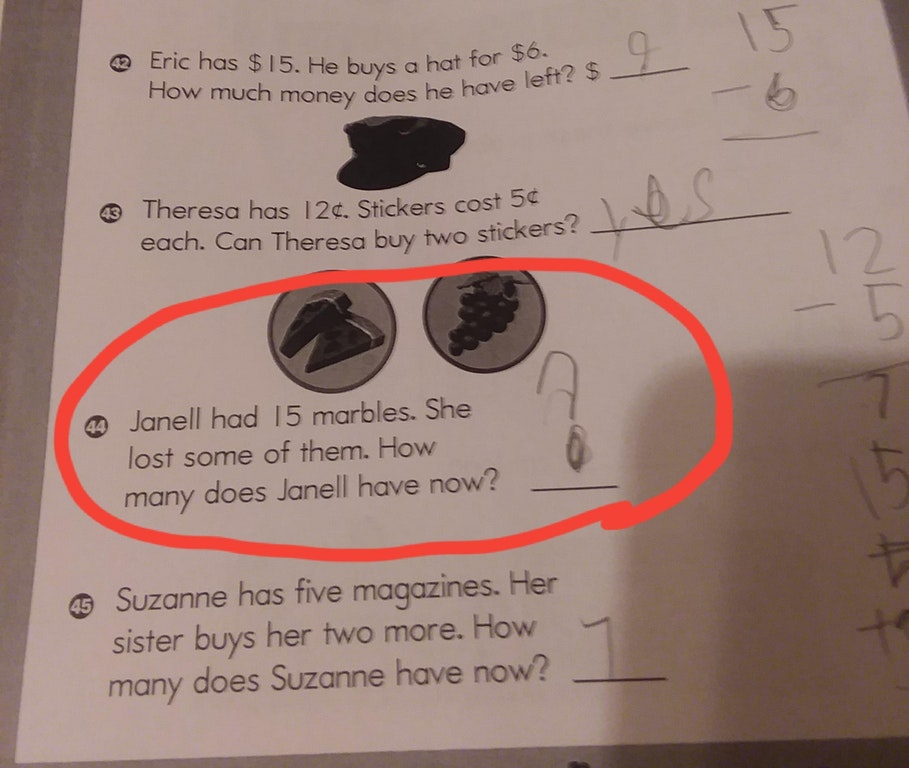 So what does “some of them” mean, exactly? Reddit users went back and forth as to what the answer to the solution could possibly be, suggesting answers ranging from “some” to “ { 15 – n | n ∈ ℤ, 1 < n < 15 } ”. Surprisingly, the real answer isn’t as complicated as you’d think. The solution to this bizarre third-grade problem is “less than 15.”

Did you get it right? If you did, that’s definitely impressive. If not, you’re not alone.