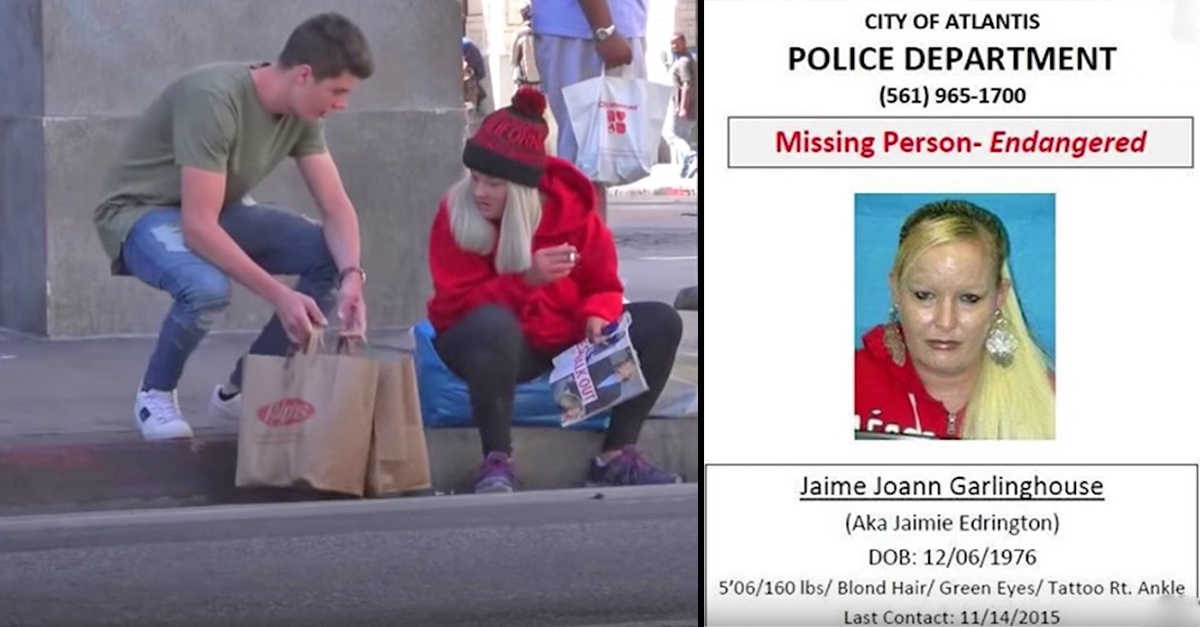 Evan Olsen, a 10-year-old boy from Florida, who dearly missed his mother, happened to be watching a Youtube video. His mom, Jamie Garlinghouse, has schizophrenia.

Due to her mental issues, Garlinghouse lived separately from Evan and his father Eddie Olsen. Still, the mother had always been a part of his life until she went missing.

After nine months, she was presumed dead. One day, Evan was watching a video by Youtube sensation Brooke Roberts. In the video Roberts was feeding the homeless in Los Angeles’ Skid Row.

Then Evan saw her: his mom. Evan quickly called his dad over who was in the shower. He said he found his mom.

“He hugged me tighter than he’s ever hugged me in his life and I could feel all those past days disappear,” Eddie said of his son.

The father and son emailed Roberts, who initially thought it was a joke. Eddie flew to Skid Row, and though he found Garlinghouse, she didn’t want to go home with him. Her mental health had spiraled downward because she wasn’t taking her medication. But Eddie wasn’t going to leave his son hanging.

With the health of Roberts, the father and son raised over $7,000. The money went to support and medicate Garlinghouse. The duo flew to Florida to see her, and finally she agreed to go back. Evan is ecstatic.

“Now that I’ve found my mom, I’m the happiest kid alive,” said Evan. “She means the world to me. To the moon and back.”

Eddie still speaks with Roberts frequently, they’ll call on the phone and have a good cry about the impossible reunion between a little boy and the mother everyone said was dead.