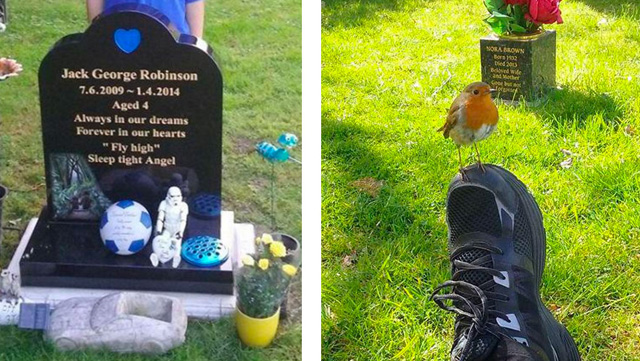 The 45-year-old Marie Robinson from Waterlooville, Hampshire lost her son Jack three years ago due to a brain tumor. The British woman visited Jack’s grave on the anniversary of his death. She asked in tears of the boy could give a sign of some sorts, and that’s when something incredible happened. A beautiful small robin arrived and landed peacefully on Marie’s foot. 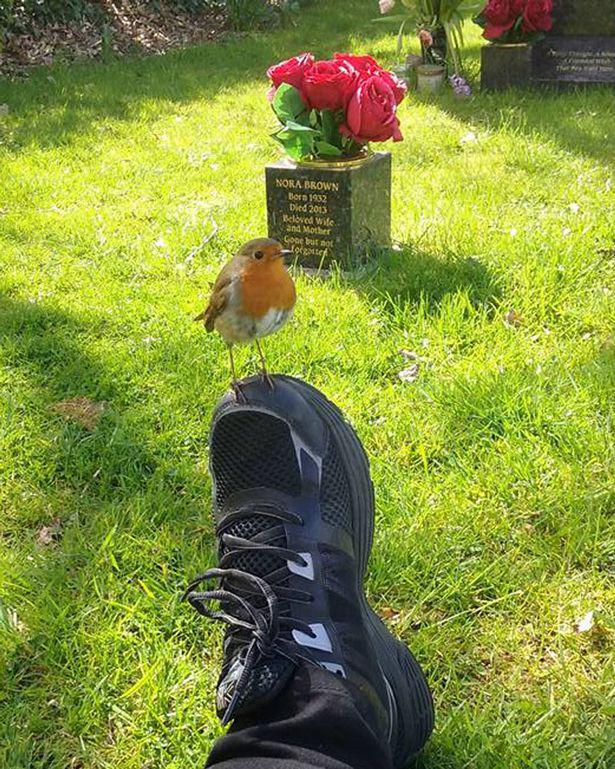 In January of 2014, the four-year-old Jack was diagnosed with a brain tumor. Four months later, the little boy passed away. His family, twin brother Liam and three older sisters are devastated by the loss.
On April 1st, the anniversary of his passing, Marie visited Jack’s grave and quietly asked to give her a sign of some sorts. When she sat down near his grave a few moments later, she effectively did receive a sign: a small robin landed on her foot and quickly flew towards Marie’s hand as well.
Robins are often associated with death and are seen by some as the symbol of the afterlife.

Marie filmed the entire thing and posted it on her Facebook page, where it has been massively shared. With a lot of emotion in her voice,

“Can’t believe what’s just happened come to see my precious boy jack just sat down on the ground next to him and this happened,” she said in her Facebook post. “Yes, it brought me to tears. taking it as a sign from Jack.”