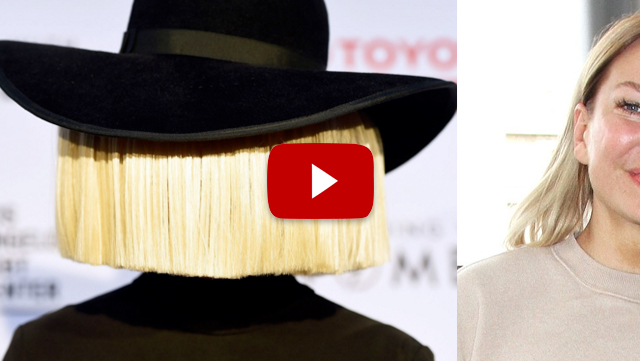 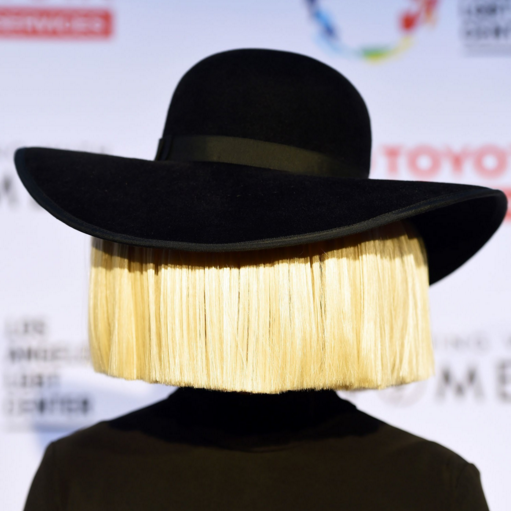 There are a ton of talented musicians in the industry that have entertained and brought art to the world in several unique ways. Each musician has their own personal style when it comes to their music as well as their appearance.

Some musicians are dedicated strictly to the music and don’t pay much attention to flashy additions when they perform live, where as other entertainers like to make their live appearances an exciting show.

There are even some musicians who maintain a certain image that can become iconic. For a long time, Lady Gaga was almost never seen without a giant pair of sunglasses covering her eyes, and the guys from Daft Punk always appear in their signature helmets.

These disguises can be used for different reasons, whether it be a stylistic reason or something more personal. It presents a sense of mystery as well as allowing fans to focus on the music and not what the musician looks like. Australian musician Sia is well known, but rarely seen on camera. And she has a good reason! However, recently Sia was spotted without any disguises at an airport and she appears to be fresh and not stressed.

Many people are familiar with the ‘Chandelier’ and ‘The Greatest’ singer, but most don’t know what Sia actually looks like. She is usually seen wearing a long wig or a hat that covers her entire face. If anything, she sometimes exposes her lips.

Her impressive vocals have earned her a lot of attention and popularity, but despite hiding her entire face the way she presents herself is still often discussed. Here she is at the 2015 Grammy’s with her costar Maddie Ziegler.

Some people may think that she wears the wigs as a publicity stunt or to be quirky. She isn’t the first or the only star to incorporate wigs into their performances. 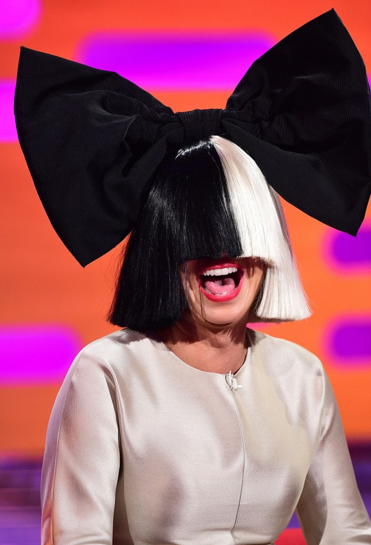 But the people who actually know Sia understand that she has her reasons. The wigs only come out for public appearances and interviews. Basically any time there is going to be cameras.
The truth is, Sia is exceptionally camera shy and although she is extremely talented she really doesn’t enjoy being in the spotlight. Because of this, she has taken to hiding her face using paint, masks, and wigs.

In 2013, she made an appearance on the cover of Billboard magazine wearing a brown paper bag on her head. It read ‘This artist is responsible for over 12 m track sales, has a new single on the Hunger Games soundtrack and doesn’t want to be famous’

Sia has expressed her discomfort with being famous and in 2010 she told Sydney Morning Herald ‘I don’t really even go out that much now except to walk my dogs, because I don’t want to be recognized.’
It’s easy to forget that celebrities are humans as well, and some humans are shy. Sia said she liked herself better before she was famous adding ‘I was much friendlier and had more energy.’ The pressure of her success became difficult to deal with as well as dealing with her personal life, but lately Sia has been on the move and appears to be doing better than ever.

Sia rarely appears in her own music videos and has young dancer Maddie Ziegler perform lieu of her. Despite her absence, her songs are always a hit with her latest ‘The Greatest’ having over 400k views on YouTube.
People may wonder how such a successful artist could be so painfully camera shy and uncomfortable with fame– but it could stem from the fact that Sia got her start as a songwriter and a featured voice in songs like David Guetta’s Titanium.

Although the wig has become synonymous with Sia’s image, she seems to be warming up to the idea of fame and being a celebrity. She even made an appearance on Carpool Karaoke with James Corden. She made fun of herself saying she couldn’t see his car, sang Chandelier and when he donned the signature wig she joked around saying ‘it’s so comforting, it’s like a head hug.’ 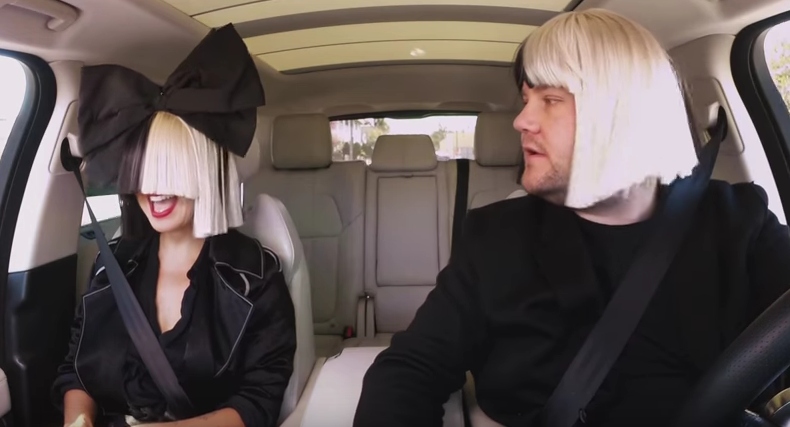 Sia has made multiple jokes about her reasoning behind wearing the wig and told Ellen that it helps if she wants to go into Target or buy a house. Her more recent explanation is that the wig separates her from the standard image of a celebrity. It helps her avoid the physical criticism that every celebrity has to deal with. 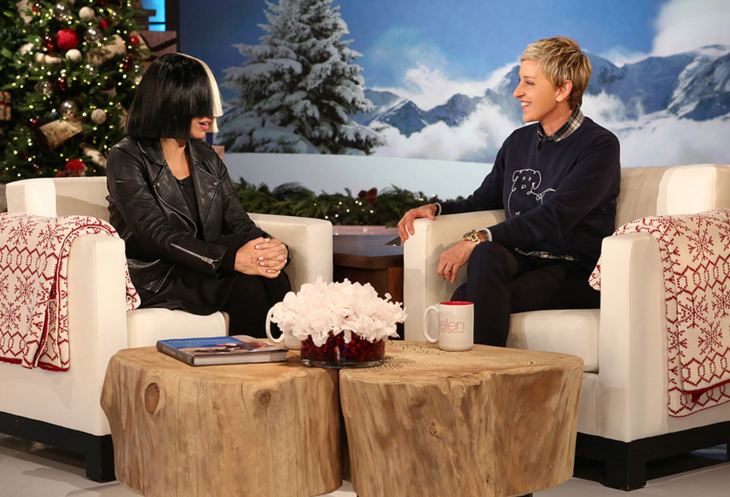 However, recently Sia has been being a bit more relaxed with the use of her wig. She even made an appearance on television with a wig that showed her eyes for the first time in years.
She joined the muppets at Sesame Street for a sing-along on the letter S. Wearing a shorter wig and a clown nose that still gives her a bit of coverage, she rocks out with Elmo, Cookie Monster, Grover, and Abby Cadabby.
She was also recently spotted at LAX on her way to the Dubai World Cup and rather than donning a massive wig or mask, she was dressed in Kenzo sweatpants and a natural face and she doesn’t appear to be particularly phased by the cameras. 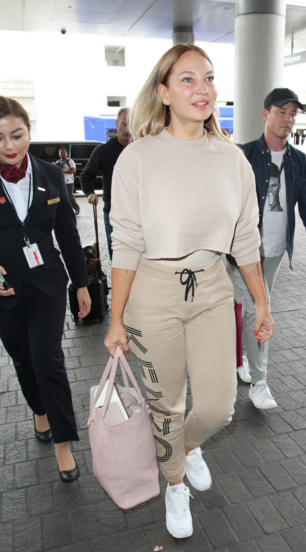 The wig returned for her performance on Saturday night at the Dubai World Cup. Although the wig has now become apart of who she is as a performer, perhaps she feels more comfortable with her position in the spotlight after all these years.