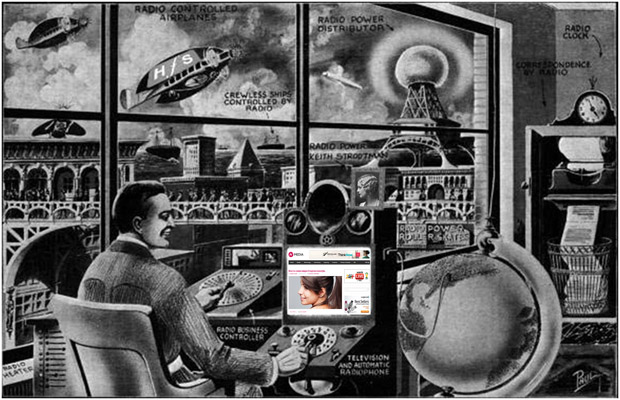 Online shopping and email in 1967. Philco was an early pioneer in electronics, beginning in 1892 as a maker of carbon arc lamps, and eventually becoming the most popular early manufacturer of radios. The company was bought by the Ford Motor Company in 1961, and in recognition of their 75th anniversary, they produced a short film speculating on life in the far, far future. Its title: “Year 1999 A.D.”

While the aesthetic of the film is very much of its time, and many of the fine details are rooted firmly in the ’60s, the list of everyday technologies predicted in this brief two-minute clip are astounding.

Here we have 1960s conceptions of online shopping and bill paying, electronic funds transfers, compact home laser printers, and even “instant written communication between individuals anywhere in the world”—a perfect definition of email, long before the Internet was a twinkle in anyone’s eye. When this video started making the online rounds in the mid ’00s, it was scarily accurate enough to be thought a hoax, until confirmed by Snopes. Not QUITE accurate enough to disregard ’60s gender stereotypes, but we digress.