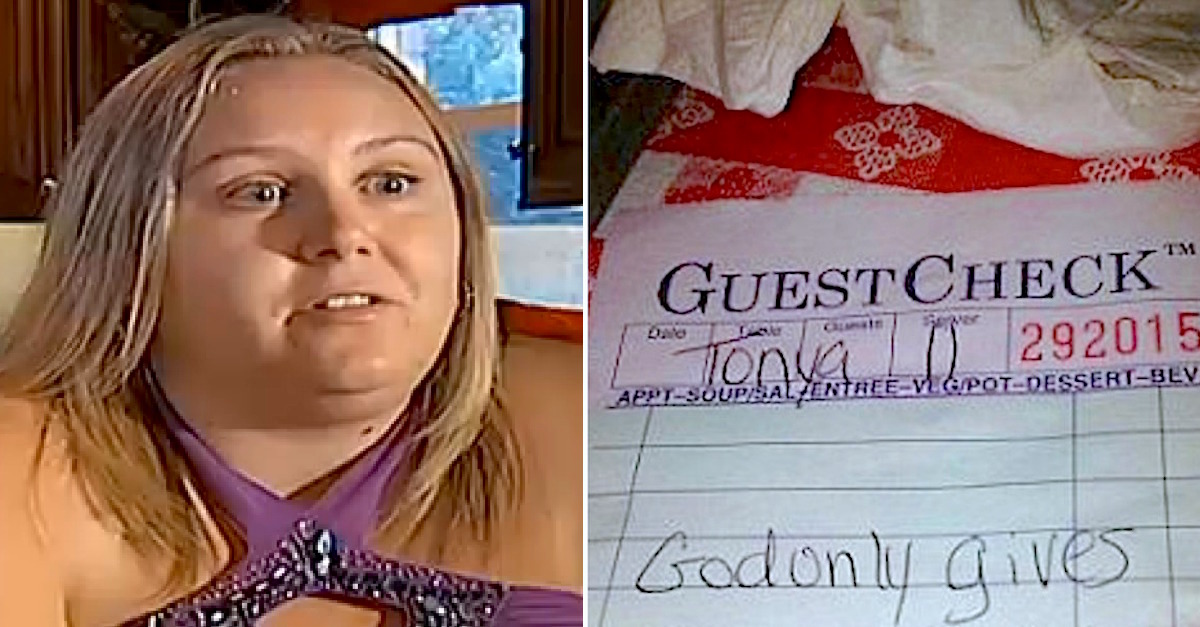 This story proves how a simple gesture can go a long way. A mystery diner in North Carolina left this touching message on one family’s bill: “God only gives special children to special people.” Ashley England, her husband Jason and eight-year-old son Riley joined Fox & Friends Weekend this morning to share their powerful story. Riley, who is special needs, began getting frustrated because he was hungry and the Netflix on his mom’s phone wasn’t working.

Customers in the restaurant took notice and England decided to take Riley home to eat. They decided to wait it out and when the food arrived, a waitress told the family a stranger had paid for their meal and wanted them to have that special message. England said the note brought her to tears.

Riley began having seizures at just 18 months old. Over the years, the seizures intensified and began to take away his speech and mobility. Riley has had three brain surgeries and thankfully has not had a seizure since his last surgery in October.

England said there was a time when Riley was not able to smile or laugh. “For him to be able to smile and laugh and make these noises — this is amazing, and people take those things for granted from their children. And for him to do that, I’m going to take him out in the world because that’s something that I’m grateful for and I’m not going to keep him at home because that’s who he is.”

To the stranger who left the message, the family says thank you for seeing the good in Riley and for seeing his heart. “Whether he understands it or not, he knows when he’s loved and that makes all the difference in the world.”

Watch Ashley and her family reveal the note below…