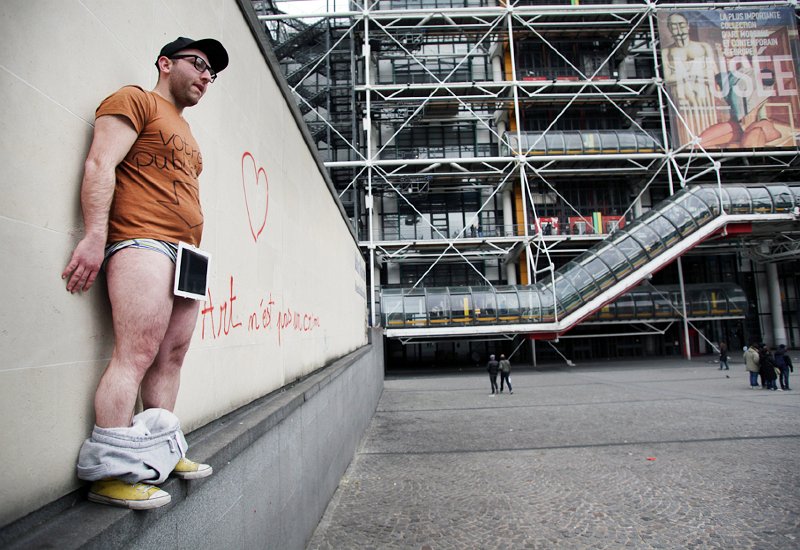 There are artists who hole up in their tiny studios with blank canvases and paint cans, lazily waiting to be inspired by the outside world. And then there are artists who go balls-out and make s–t happen. Mischa Badasyan, a 26-year-old Russian-born performance artist, is the latter kind.

For the sake of “art,” Badasyan says he plans to have sex with a different person. Every single day. For one whole year. Whoa.

The project, called “Save the Date,” aims to explore the connections between loneliness and hook-ups, specifically as it relates to gay culture. Badasyan was inspired by a wild few days of his own in Glasgow: “I felt very bad, I was crying all the time. I am always sad after these kind of meetings,” he said. Badasyan says he also wants to explore the idea of “non-places,” which he describes as, “supermarkets, shopping malls, airports, motorways… where people lose their identity, there’s no communication. People don’t feel a belonging to somewhere and that causes the loneliness of people.”

Badasyan plans to start the project in September, and he seems to be more than ready. He says he’s been tested for STD’s and gotten the all-clear. He’s signed up for sex websites and hook-up apps like Grindr. He even has a condom sponsor. Sounds like he’s all set, except for one minor detail: the partners. He only has his first and last “dates” planned–the other 363 people are still up in the air.

The good news is, we’ll all be able to see what a marvel and/or train wreck this was in one year’s time. Badasyan says he wants to take a small item from each person he hooks up with, so he can make an installation art piece at the end of the project. He’ll also have a documentary filmmaker with him throughout the year, so we can see how everything plays out on the big screen.

And—for the record—yes, Badasyan knows his project will be slammed by a ton of critics. But he’s more than ready to knock the haters to the left. “I don’t deny that it’s a bit egoistic. It’s okay. It’s performance art, and a performance artist should always be pushing his own body and the performance.”