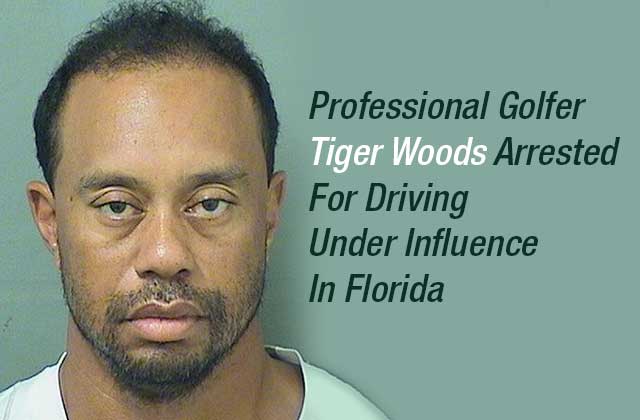 The legendary golfer Tiger Woods was arrested at 3 am on Memorial Day, Monday by Florida Police on suspicion of Driving Under the Influence, in Jupiter, news reports say. The Palm Beach County Sheriff’s Office also wrote on its website that Woods was booked into a county jail around 7 am on Monday.

Tiger Woods 41, was charged under Driving Under Influence statute. He had been released at 11 am on his own recognizance, filling a bond to observe conditions, especially to appear before court when summoned.

Woods, a Jupiter resident, was booked into the county jail under his birth name Eldrick Woods. Woods has been living in Jupiter Island since 2006 after buying a $40 million estate, The New York Times reported.

It’s unclear if Woods was tested for drugs or alcohol.

It’s unknown at this time whether Woods was the only person in the vehicle when he was arrested. An arrest report was not immediately available on Monday, reports CNN.

According to BET, Tiger Woods has recently undergone back surgery and is currently rehabbing. This is the fourth time he has undergone back surgery. He wants to play professional golf again but he can’t even twist or turn for another three months, let alone play the sport. He has not played since his long-term injury issues forced him to pull out of the Dubai Desert Classic in February.

He wrote on his blog “I could no longer live with the pain I had. Even lying down hurt. I had nerve pain with anything I did and was at the end of my rope.”