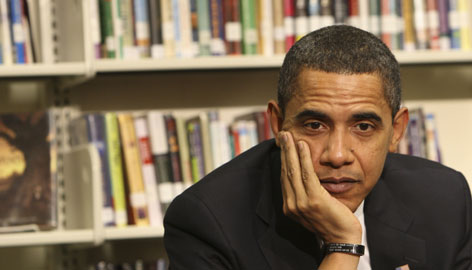 With ISIS gaining ground in Iraq and Syria and Ebola panic spreading in the U.S., not much is going right for President Obama these days. And now it turns out that the leader of the free world fell into a space-time wormhole last month that turned him into me, circa age 23, with the president revealing today that his credit card was rejected at a New York restaurant when he was in town for the opening of the United Nations General Assembly.

“Fortunately, Michelle had hers.” [The New York Times]

How could the president of the United States possess a bum credit card, you ask? We suspect it all goes back to the missing birth certificate.
– – Ryu SpaethSource: the week