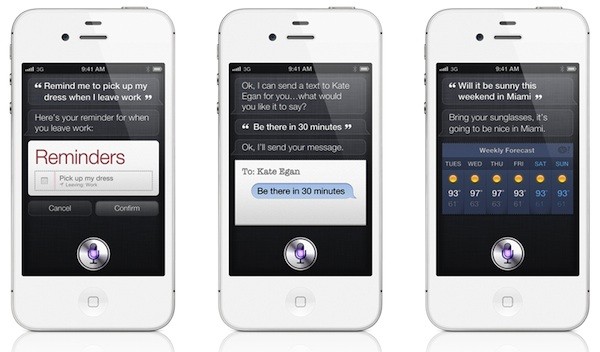 When I first encountered Siri, it was on my aunt’s iPhone 4S and my teenage cousins and I said silly things to it for 15 minutes before getting bored. That was in November 2011.

When I got Siri, I didn’t actually use it, and I wasn’t alone.

Although our publication’s gadget guru loved it, our editor-in-chief said he and most people would never use it. Analysts trashed the product and said at the very least it didn’t live up to the hype. Some people wished they could take Siri off their phone, and I know some people who turned it off, including me for a while.

By October 2013 it was reported that 85% of users of Apple’s latest mobile operating system had not used Siri at all.

Given this history, I have been surprised to see how Siri has recently crept into my life and become something close to indispensable. The change may have to do with software updates, but it probably relates more to my gradual adjustment to a new way of interacting with a computer.

I still find it awkward to talk to my phone in public, but I use it all the time in private and sometimes in public, too – where admittedly there is a thrill in showing off my mastery of technology to people who haven’t adopted voice control. My ways of using Siri are fairly basic (see a list of more advanced functions here), but they are effective:

“Wake me up at ______.” Basic, satisfying, and much easier than the several touches required to do it manually.

“Turn off all alarms.” The natural corollary.

“Remind me at 8 AM to _____.” Although I don’t use the iOS Reminders app, this simple command is useful, especially if you think of something right before going to bed.

“Take note: ______.” This is a personal favorite and one that I as a journalist use all the time. Just pause for a tick after saying “note” for it to work. When you take a note, it appears as a new note in the Mac Notes app. It was this Siri integration that lead me to abandon Evernote and take up Notes.

“Take picture.” This calls up the camera. It is only somewhat useful, given that the iPhone makes it easy to access the camera manually.

“Text _____: ______.” I only use this occasionally, since I generally like to have manual control over my communications to other people.

Siri pros won’t be impressed, nor will fans of Microsoft’s Cortana and Google Now. Still, it’s got to mean something every time a reluctant user gets on board.

Now I consider Siri an essential part of the iPhone, and I am often frustrated that my Mac doesn’t have Siri – which is why I’m excited to hear that the app is expected in the next big update.

I also realize just how powerful Siri could be if it becomes a primary method of interacting with computers. After all, if I used Siri all the time, then I would stick with Siri-compatible apps, namely Apple apps and those that Apple favors. As the app gets more advanced, it might lead users to make more and more purchases from the iTunes store, allowing easy movie rentals and album downloads with a voice command.

As for Cortana and Google Now, I’ve never used them but some people say they are better than Siri. They both have more contextual services, allowing the programs to change based on where people, time of day, and other factors. And yes, increased use of these programs means giving more power and money to Microsoft and Google.

As for many reluctant users out there, if you still haven’t started talking to your phone, then I suggest you get with the times.