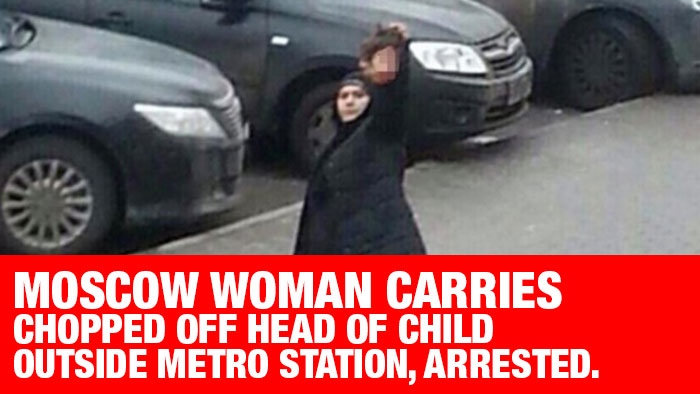 A Burkha clad woman was seen outside a metro station in Moscow, walking around with a severed head of a child. The Oktyabrskoye Pole metro station was shut suspecting terror activities. A Burkha clad woman took out a 4-year-old girl’s severed head from her bag. The woman, identified as 39-year-old native of Uzbekistan named Gyulchekhra Bobokulova, has now been arrested.