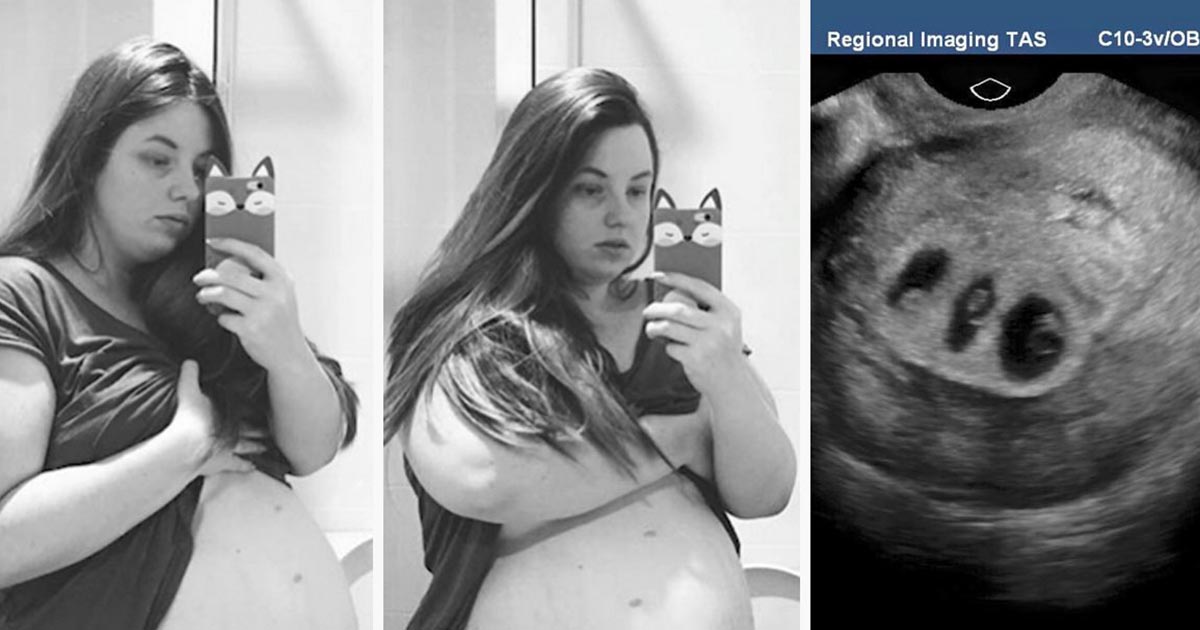 A parent will do anything for his or her child – people are able to accomplish superhuman feats when their children’s lives are in danger. But what happens when you must prioritize the safety of one child over another? This could be a parent’s worst nightmare, but it is exactly the decision this expecting mother had to make. 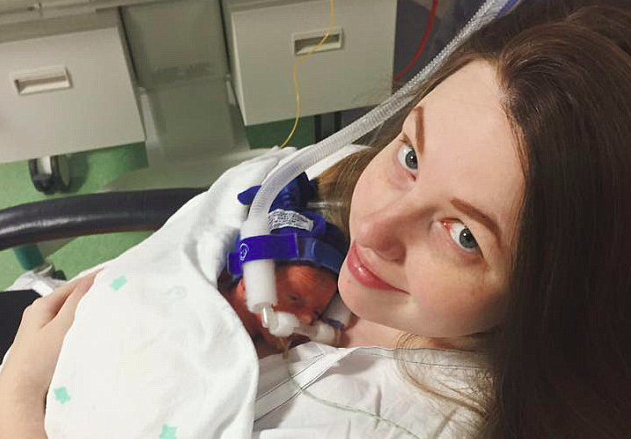 Chloe Dunstan was the proud expecting mother of triplets. She and her husband, Rohan, already had three beautiful children of their own, but they couldn’t wait to welcome another set of three. When Chloe got a little closer to her delivery date, she was faced with an impossible decision. When she went to the hospital to check on her babies, this young mother never could have expected the situation she would find herself in. 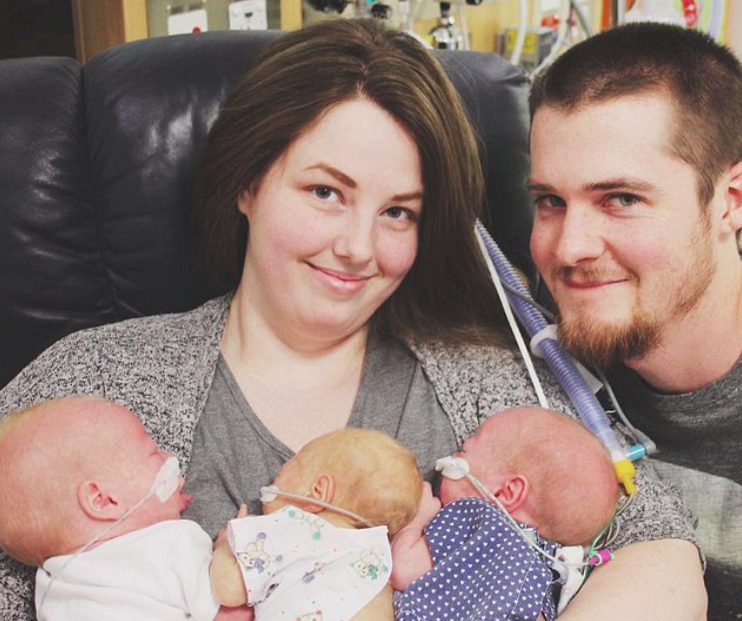 All was well when Chloe and Rohan learned that they were expecting not one child, not two, but a set of triplets! Halfway through the pregnancy, however, the situation got complicated. The two boys were developing according to plan, but the young girl, Pearl, was not as lucky. The boys were blocking her oxygen and nutrients, and she already had a number of health problems. 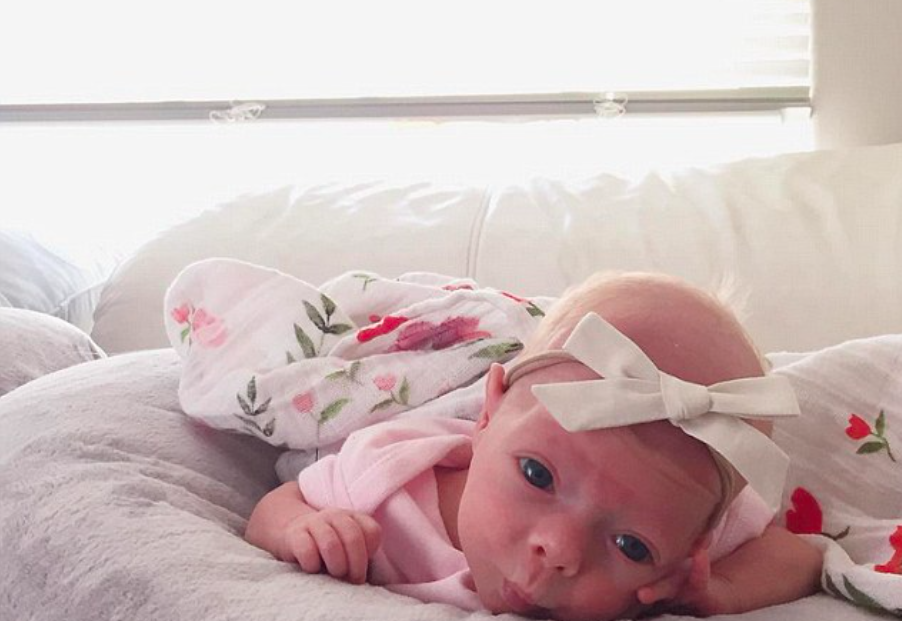 The doctors came to Chloe with an impossible choice: she could continue the pregnancy as planned and put her little girl at risk, or she could endanger the lives of all three by delivering extremely prematurely. 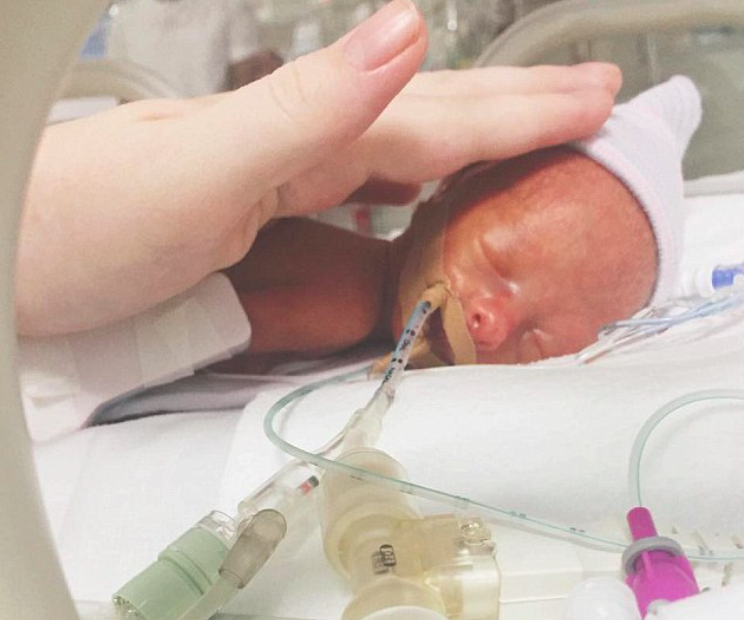 The worried mom didn’t know what to do. If she continued the pregnancy the boys, Henry and Rufus, could continue to grow big and strong before their delivery date. The problem was, Pearl probably wouldn’t make it to birth. The other option, to deliver at only 28 weeks, would put all three babies at risk, but it would give Pearl her best chance to survive. This mother had one tough decision to make. 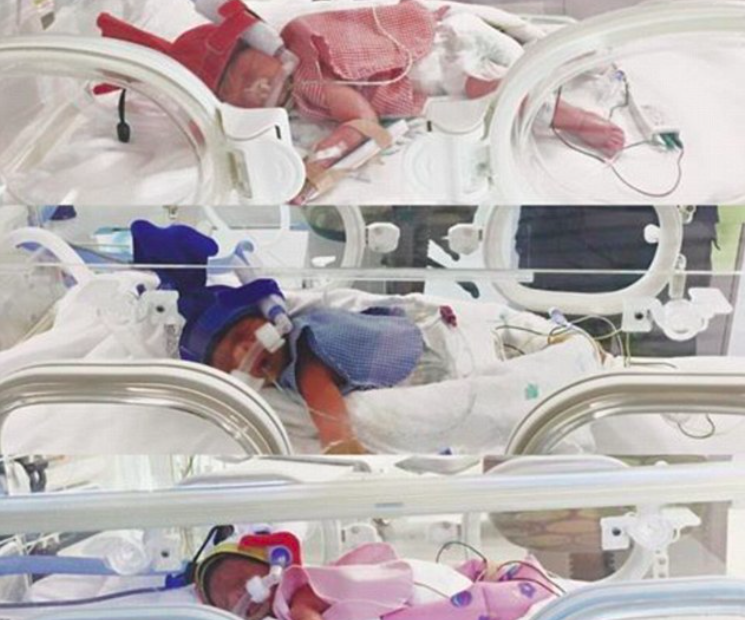 Nervously, she decided to take a chance and try to keep all three. Chloe was rushed to the hospital, where she gave birth to the twinkling triplets. 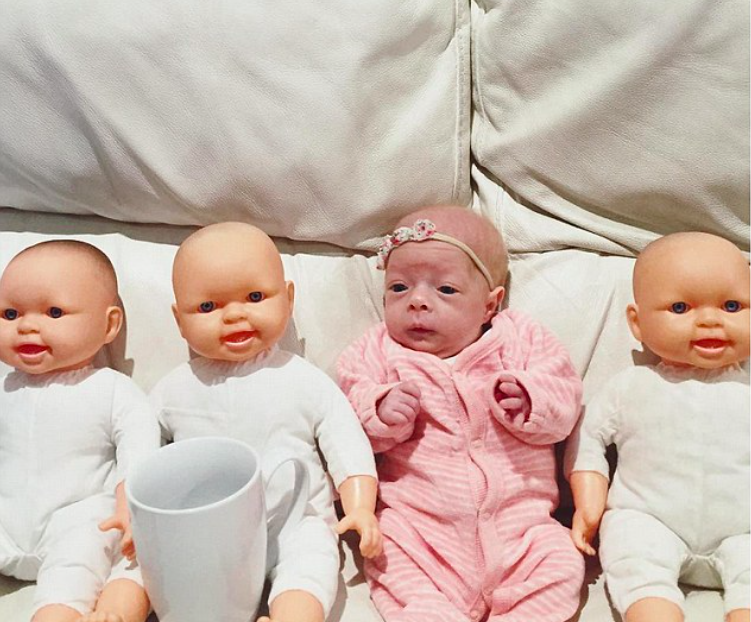 When the babies were born, Pearl weighed just half the amount of each of her brothers. All three babies had blood transfusions, but the main focus was on this little girl. 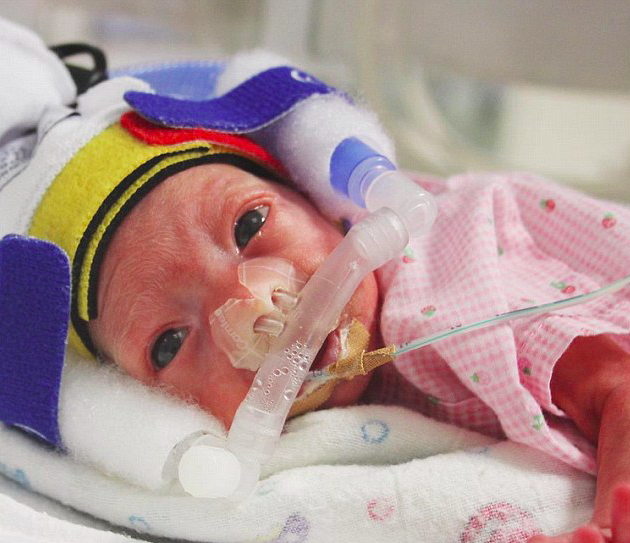 “Pearl had a PDA in her heart that closed on its own,” Chloe explained to Daily Mail Australia. “She had a pulmonary hemorrhage, a minor brain bleed, she fought a horrible infection and there were days we weren’t sure if she would make it, especially the early weeks when she was on a ventilator.” 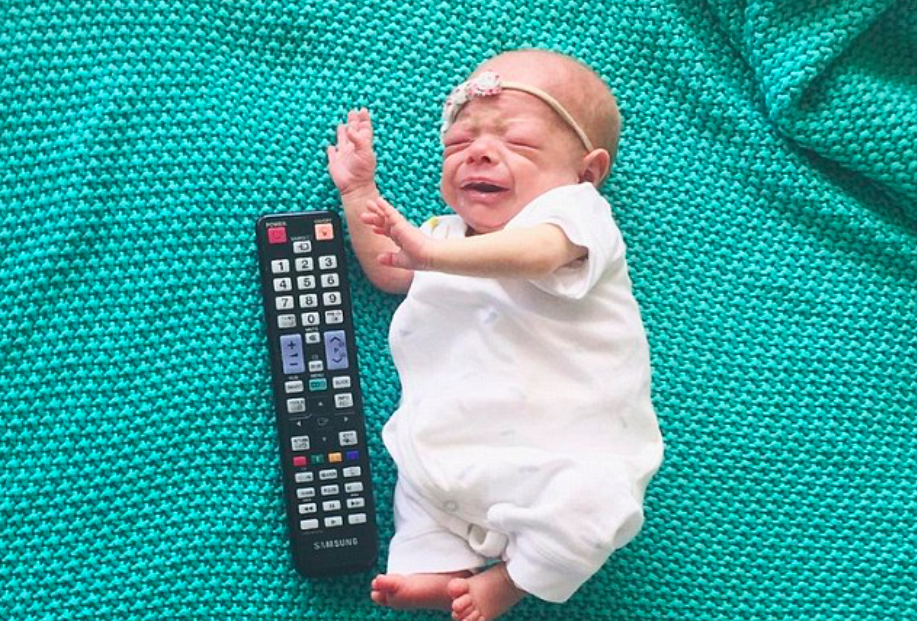 Luckily the little girl pulled through. After some time in the hospital, she was looking a little healthier. “She had something called metabolic bone disease which resolved with medication,” Chloe recalled. “The main ongoing issue was her liver, as she was very jaundice for the whole time she was in the hospital but the latest scan showed that everything looked fine.” 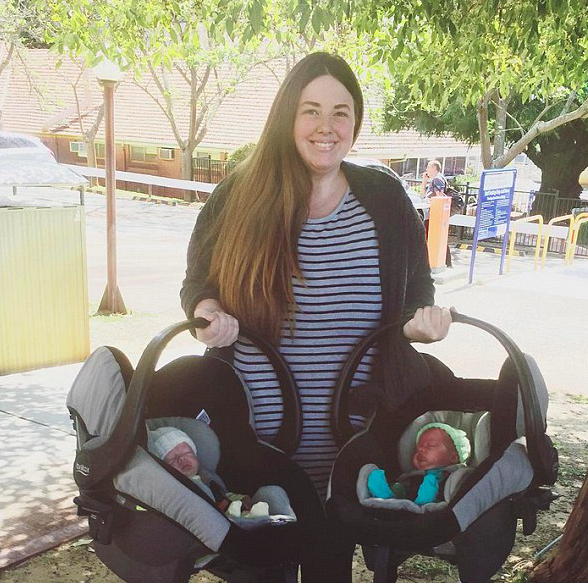 Finally, after weeks, things were looking up. After 9 weeks in the hospital Henry and Rufus were on their way home. Two weeks after that, Pearl was able to join them. 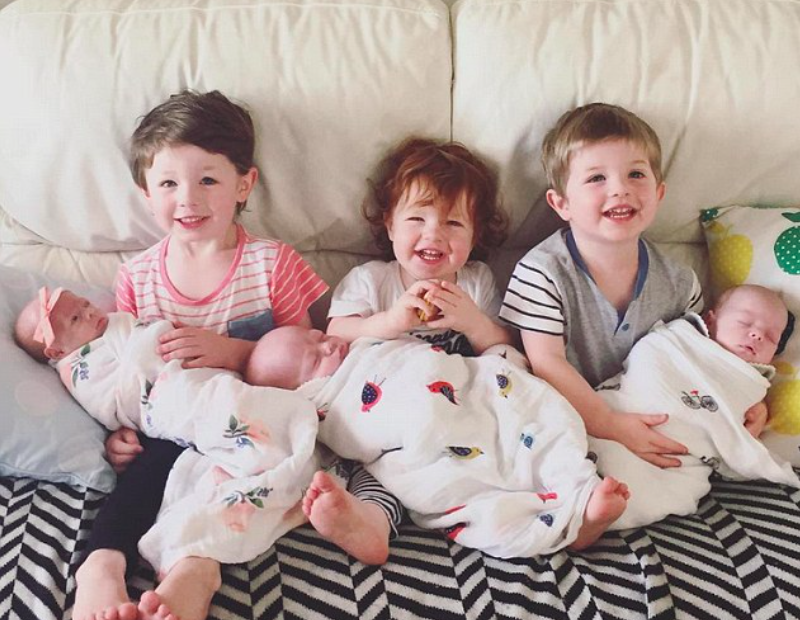 The triplets came home to their three older siblings: Evan, age 3; Otto, age 2; and Felix, age 1. Together the 6 kids make up one big happy family. 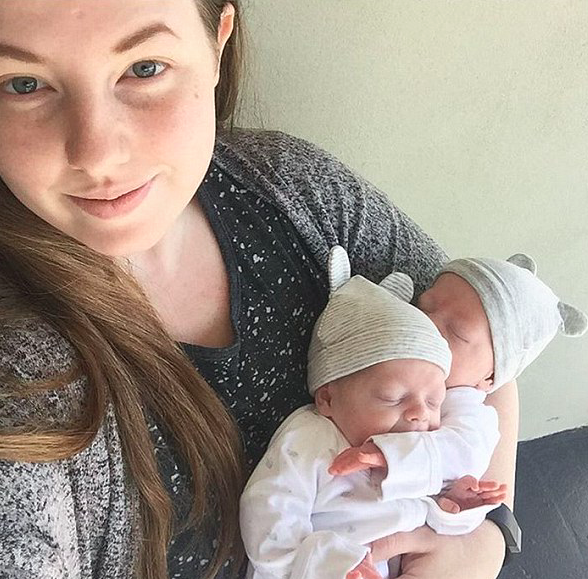 “At this point I can’t say exactly what the future holds,” Chloe pondered aloud, “but all three babies are strong and healthy with no known issues.”

Chloe and Rohan are proud of all three of their newborns. “I feel guilty for having the boys delivered when they were growing so well in the womb,” Chloe admitted. “But Pearl would have died if we didn’t deliver early, so I will never regret that. I do remember briefly considering the alternative of letting her go so her brothers could continue to grow strong and healthy and have the best start in life, but now that she’s here, my heart hurts at the thought of not having her in our lives.”

There is definitely a lot of love in this family. It is heartwarming to hear about a baby who pulled through against all odds to bring her parents so much joy. 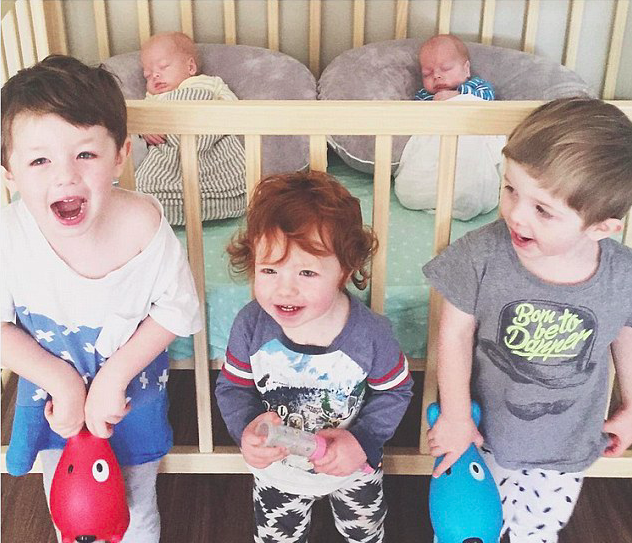