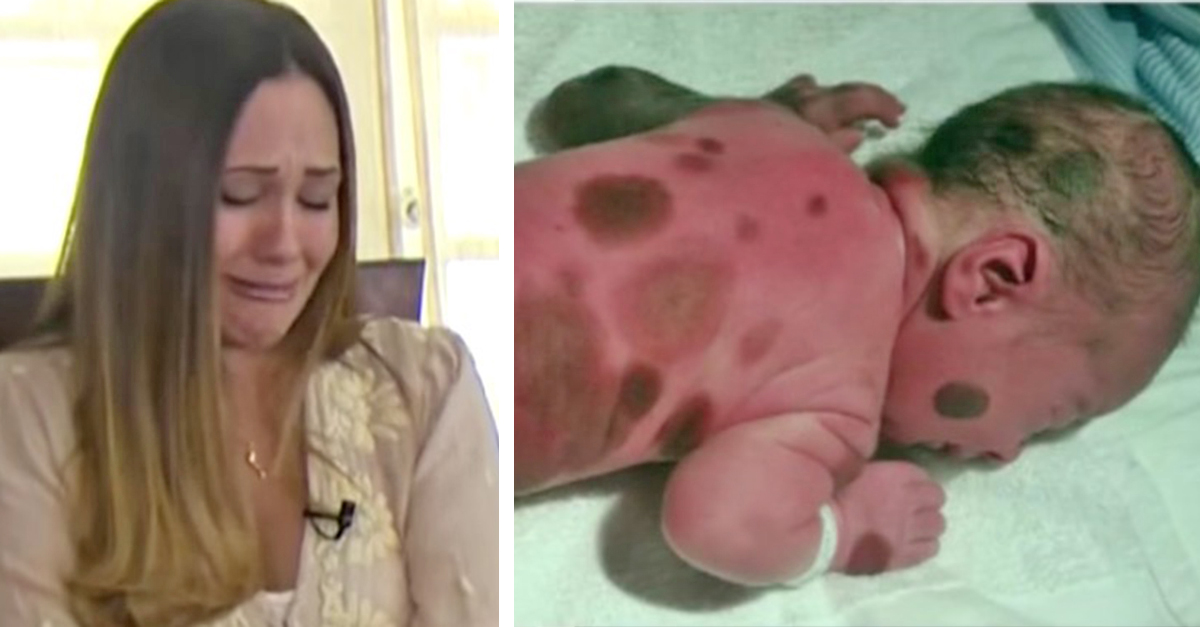 Stephanie and Dan Dworksy were shocked when they saw their newborn son, Kacy, for the first time.

You know, you go through 10 months to do everything you can to have a perfect pregnancy and be healthy, and then you think you did something wrong,” Stephanie Dworsky said.

“It was everywhere,” Stephanie said. “Just spots on his face and legs, and his back is covered.”

The disorder affects around 1 in 500,000 people. While it does cause an increased risk of skin cancer, the condition is otherwise cosmetic. Stephanie however feels as thought she is to blame.

Stephanie knows her son is different. When Kacy was born the doctors warned her and Dan that people will be insensitive. The fear of her son being ridiculed and harassed throughout his life has made the mom afraid to be seen in public.

“I try not to go out, and I feel so guilty,” Stephanie said.

There is no getting around having a child that doesn’t look like the other kids, but Stephanie is using her fear to do something about her son’s future.

“People will stare, kids may say mean things, even parents may not want their child playing with yours because they don’t know what this is,” Dan Dworsky said.

In tears, guilty, and afraid, she shared her story on the news to raise awareness about the rare condition. She hopes it will help others like Kacy and show the other kids that he really isn’t much different.

Please SHARE the Dworsky’s family to show them sometimes different is good.