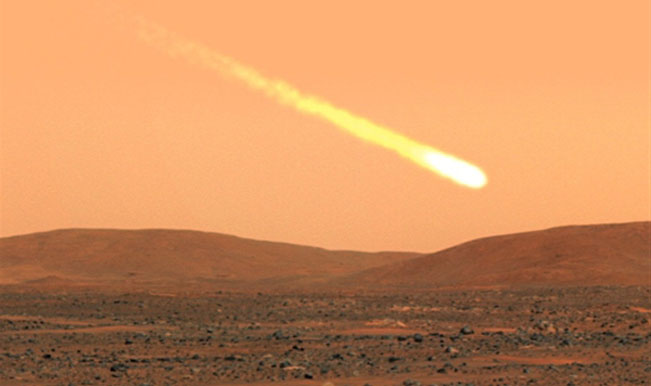 Mars has been in the news of late for the successful Mangalyaan, Mars Mission from India, and the Mars Rover that the US sent on the red planet. Mars is in the news again because for the first time in a million years, the C/2013 A1, an enormous comet will nearly scrape the atmosphere of Mars as it is estimated to shoot by at a distance of 87,000 miles or 139,500 kilometres. To put this in perspective, 87,000 miles is about a third of the distance from the Earth to the Moon.

In the recorded history of Earth, there has never been a cosmic event that has occurred this close to our planet. The recorded history of Earth may be just a blip on the astronomical scale but if it were to happen then the resulting effect on Earth could very well be devastating, if not catastrophic. With many optical instruments in and near Mars, we can get a pretty good view of the comet passing by Mars.