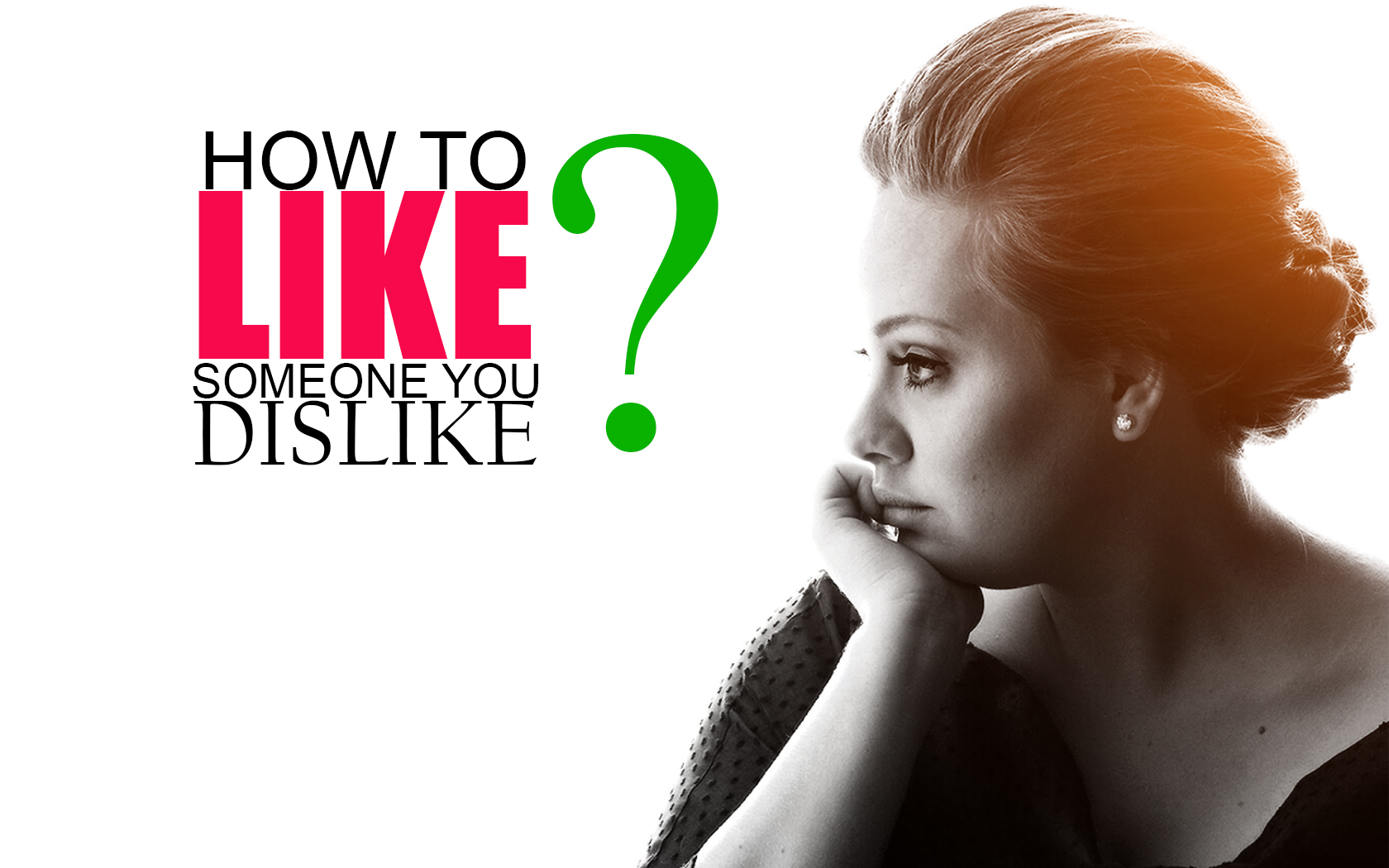 Some people in your life might sometimes be making you feel uncomfortable, or may be bugging you. This is easy enough to cope with, given some simple steps.

1.Beware the glamor effect.
Sometimes it is easy to fall for the role, position or the status that a person represents, rather than the actual person and their true character. This confusion of identity can be hard to untangle if you’re struck by the glamor of what they “do”, but if you don’t try to separate the person from the position, then you might be falling for something that isn’t even real. To elaborate, if this person is in a position of authority, power or respect in something that interests you or matters a great deal to you, whether it’s a work, hobby, club or sports role, you might have confused the role or position of the person with who they really are. This is a common misunderstanding in a world where we overvalue what people “do” instead of who people are by way of their “character”.

2.Find your own place of self respect.
Continuing to like someone who disrespects you will often be grounded in your own insecurities and lack of self-respect. In some ways, you may see this insulting and rude crush as someone who could fill what you perceive as the empty spaces inside of you. In reality though, nobody can complete you; only you can complete you and if you have low self-esteem, low self-respect and a ton of insecurities, then you’ll need to focus on yourself and your own needs rather than continuing to chase after someone who knows how to zero in on your weaknesses and turn the knife. Be prepared to stop putting yourself through this and start improving your own sense of self worth instead. Remind yourself that no person who insults you or puts you down deserves to form a part of your life.

3.Don’t over-analyze their behavior.
Likely they’re the way they are because of 1001 reasons, from their own insecurities through to attention-seeking. However, ultimately you should reach a point of saying to yourself “who cares”? You’re not their guardian angel, you’re not their health professional and you’re not their personal trainer. If they have problems, you are not there to save or change them and you risk making up reasons to excuse their behavior if you over-analyze what impels them to behave in a certain way. If the way they behave toward you is getting you down and is hurtful, that should be enough of an alert for you to start extricating yourself from your one-sided crush on them.
If you’re suffering from trying to be a people pleaser, see How to stop being a people pleaser for tips on overcoming this self-respect-destroying behavior.

4.Realize that you will have to get over this person.
A healthy relationship between two people is not possible if one lacks respect for the other. While this is the hardest part of the process, it’s the most essential part. If you’re unwilling to put your feelings for this person behind you, then you’ll continue to long after this person and not put your own needs and respect first.

5.Focus on why you should dislike this person’s attitude toward you rather than on why you like them.
Once they have shown a disrespectful attitude towards you on several occasions, this should be sufficient warning to you that they’re not going to stop and that their view of you is always going to be unfriendly and unkind. If you keep excusing their behavior or treating their attitude as something other than what it is, you continue to let their rudeness and disrespect occur and allow them to get away with atrocious behavior toward you. Ask yourself how they’re putting you down or insulting you. For example: Does this person embarrass you in public? Tease you relentlessly? Annoy you to no end? Throw barbs your way, especially when others are there to hear them? Mock you? Knowing why you should not desire to be linked with this person romantically or otherwise is an essential part of getting over a misplaced crush.

6.Protect yourself by disengaging.
Possibly you’ve been putting yourself into a position of being in their presence as often as possible, enduring their rudeness and insults for the sake of spending time near them, just to be in their presence. Whatever your current behavior toward them, it must end––for your sake. It is suggested that you pull away from this person completely and start pulling yourself together instead. Here is what to do next:

7.Stop talking about this person to anyone else.
Do not gossip or insult them behind their back. That is simply playing their game and failing to strengthen your own self-respect and character. When someone asks you what happened between the two of you, say something along the lines of “I was tired of dealing with him/her.” Or simply say that both of you agreed to disagree and that you’re not interacting much these days. Ultimately, it really isn’t anybody else’s business, so you’re free to say “Why do you want to know? It’s not something I care to discuss.”

8.Get support from family and genuine friends or even from colleagues or team members you know you can trust.
Cutting someone off hurts, especially if you’ve been fantasizing about their potential future role in your life and you’ve been expending endless energies trying to get them to come around to seeing you in a better light. You may still have some feelings for them afterward and that’s natural but it’s not a reason to fall back into old patterns of behavior. Arrange a gathering for a few friends in order to get your mind off this person, spend time hanging out with people who see and acknowledge the good in you and be with people who are supportive of you, whether you’re a success or not at any endeavor. Let yourself feel what it’s like to be around people who respect you and don’t give you grief.

9.Get on with your life in a more positive and self-thoughtful manner.
Be mindful in future of how you’ll interact with the people who cross your path and don’t allow your heart to run away with crazy ideas of saving or redeeming anyone. People will only change who they are of their own volition. Moreover, fantasizing that someone will come around and see the “real you” means that the “real you” isn’t shining forth enough to begin with and spending time polishing the “real you” should now be your current focus. We attract and are attracted to like people, so sometimes we are attracted to a person who reveals something we’ve disowned inside of ourselves. It’s important to learn from the fact that you’ve been attracted to someone deeply negative because it says a lot about how you feel about yourself inside. You do deserve more and you need to remind yourself of this constantly until it becomes second nature, as well as working on those aspects of yourself that you need to nurture with greater kindness.