Located in the mouth of Banderas Bay are the beautiful Las Marietas Islands, about 22 nautical miles west of Puerto Vallarta, Mexico. Formed by volcanic activity over thousands of years, the islands are a nationally protected bird sanctuary, also providing shelter for countless marine species. 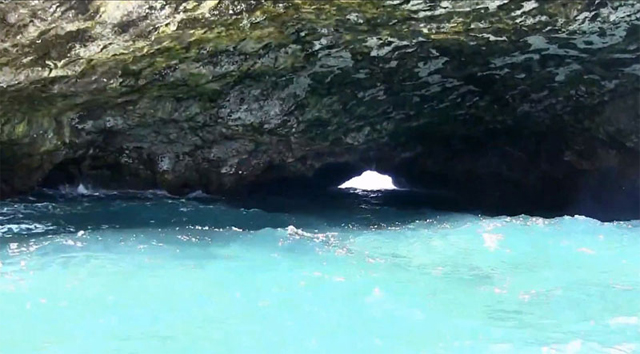 After years of scientific research and an intensive effort to legally protect this archipelago, first championed by Jacques Cousteau, it was finally pronounced a national park, Parque Nacional Islas Marietas, in 2005. The park spans almost 1,400 hectares.

On one of the islands is Playa de Amor, more commonly known as Hidden Beach. To reach this secluded paradise, visitors need to swim through a short tunnel, opening up into the stunning beach seen here. There are a number of tour operators providing day trips to this ecological marvel.

Below you will find images of Hidden Beach along with a video tour and additional information on Las Marietas Islands.

The Ecological Diversity of the Marieta Islands

Las Marietas are an important area for nesting, refuge, reproduction and migration of at least 92 species of aquatic and sub-aquatic birds, native and migratory. The islands shelter the biggest colony and breeding ground in Mexico for the white-capped marine swallow (Anöus stolidus) and the band-tailed swallow (Sterna anaethetus), as well as the largest population in the Pacific Ocean of the curious laughing sea gull (Larus atricilla). 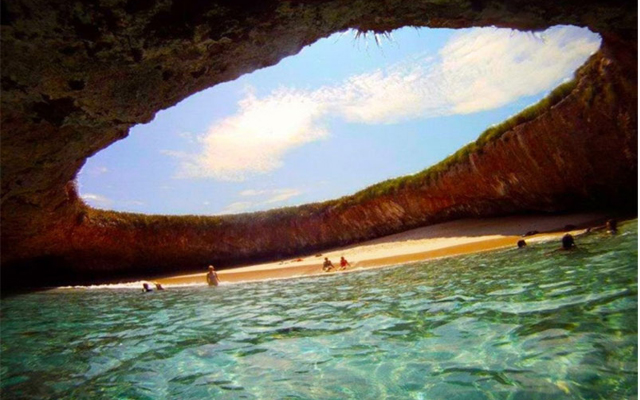 It is thought that these islands are home to the largest population in the world of the pájaro bobo café, a penguin species, sula Leucogaster, the latest census estimating them at more than 35,000 individuals. Along with those, you may also enjoy the beautiful blue-footed booby, who also nest in the Galapagos Islands. 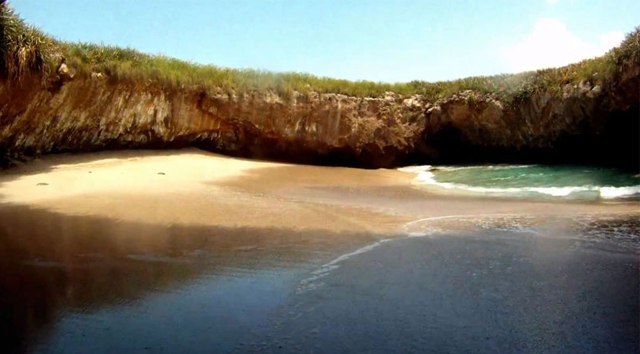 According to the last scientific study of the Las Marietas, it was determined that the islands possess the greatest abundance of reef fish, home to 103 of the 159 registered species in Banderas Bay, as well as diverse species of coral. During the winter whales use the islands as a natural refuge from predators and ocean currents.