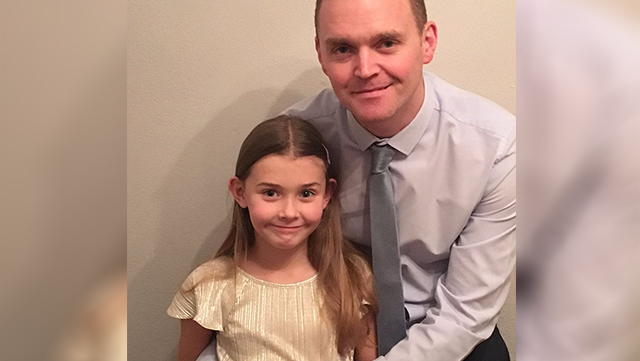 “Dear Google boss,” starts one little girl’s letter to the head of the search engine giant, “My name is Chloe and when I am bigger I would like a job with Google.” Most seven-year-olds dream of becoming astronauts or dolphin trainers, but not Chloe Bridgewater. Chloe became infatuated with the idea of working at Google after her dad, Andy, told her that if he didn’t sell refrigerator parts for a living, he would want to work at Google. He then showed her some pictures of the company’s headquarters in Silicon Valley. The bean bags, slides, and go-karts sold her, so her dad told her to send in an application. She did. Neither of them really expected to get a response, but in true Google fashion, they did the unexpected.

It all started with a letter in which Chloe explained that in addition to working at Google, she would also like to own a chocolate factory and swim in the Olympics. She runs through her list of qualifications, stating that “My teachers tell my mum and dad that I am very good in class, and am good at my spelling, my reading and my sums.” Only her second letter ever (her first was to Father Christmas), Chloe was successful in writing what was essentially a cover letter! 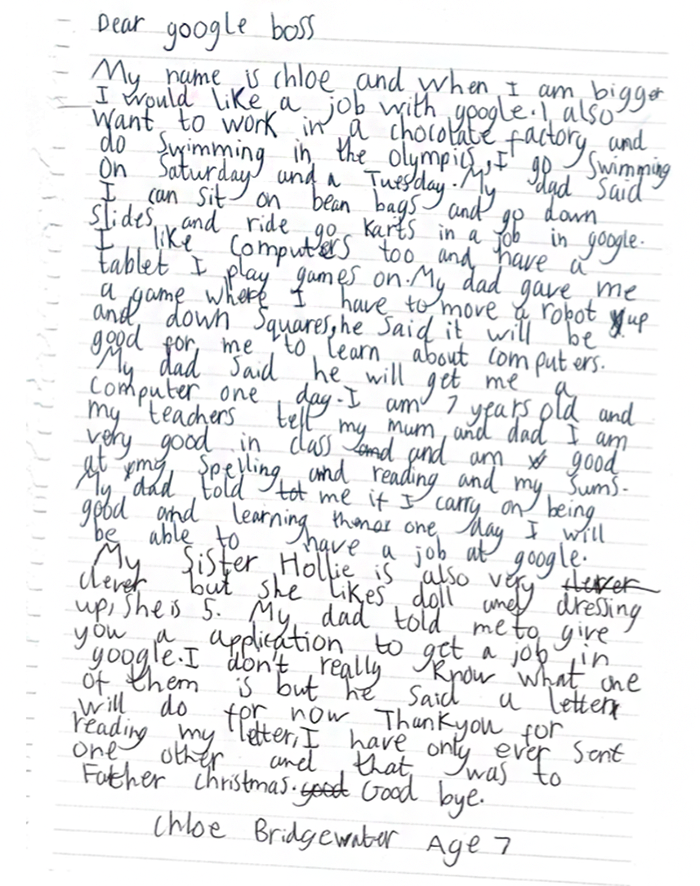 “Dear Chloe,” the letter reads, “Thank you so much for your letter…[If] you keep working hard and following your dreams, you can accomplish everything you set your mind to…I look forward to receiving your job application when you are finished with school! :)” 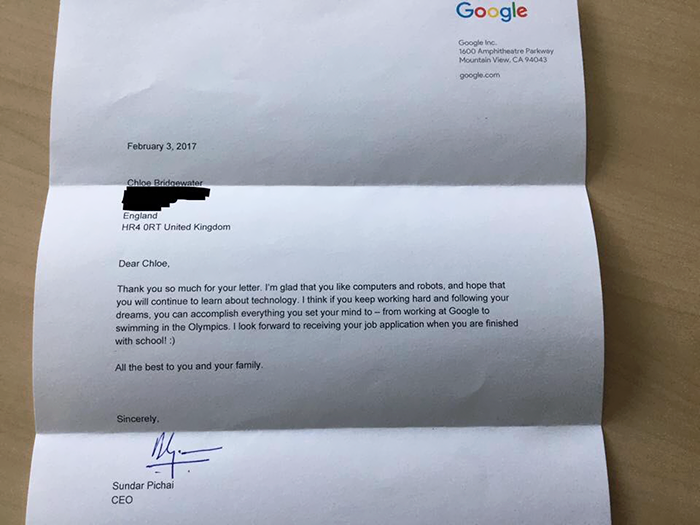 This story is inspiring for so many reasons. For one, it is nice to know that there are busy CEOs out there who are vested in the futures of our youth, and who will take the time out of their busy schedules to encourage a child’s dreams. Secondly, Andy Bridgewater is a great role model and inspiration to fathers everywhere. As Chloe explained in her letter several times, her father is always encouraging her and teaching her useful life skills in a fun way. 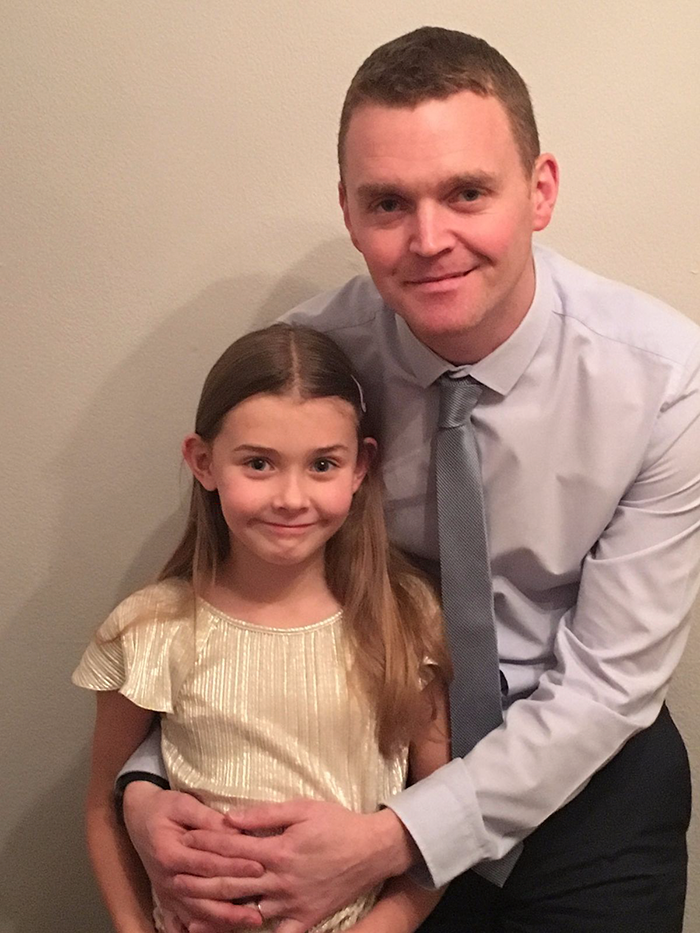 Of course, Andy Bridgewater is one proud father! He took to social media as soon as Google’s letter came in, boasting, “My 7 yr old daughter wrote to the boss of Google asking for a job. She’s so made up he replied! Thanks @sundarpichai.”

He also posted the application letter and the response letter to Twitter and LinkedIn. In total, he received nearly 100K likes in just two days. The people of social media have been responding, saying things like “She’s an example of how all little girls should be,” and “Chloe is going places, no doubt!” 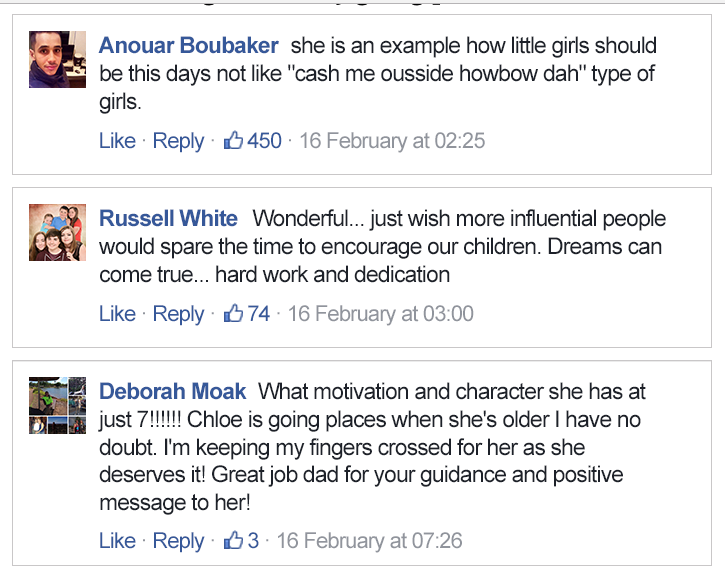 As Deborah calls attention to, Andy Bridgewater is a great dad who understands what it means to parent. With Chloe’s determination, Andy’s motivation and caring CEOs like Sundar Pichai, more of our youth will be inspired to work hard to build a better future.

SHARE this inspiring story with your friends and family.