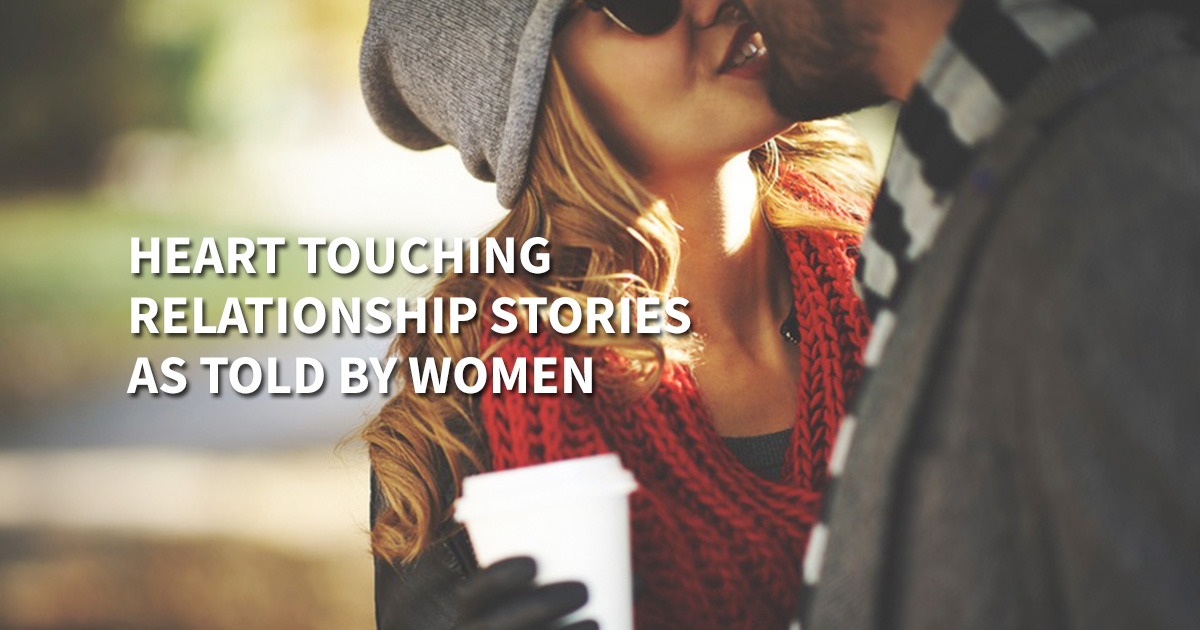 Each love story is unique and wonderful, and all happy couples look at their relationships from a different perspective.

We collected some of the most heart-warming, sincere, and sometimes funny stories about relationships we could find, as recounted by women.

My boyfriend proposed to me not long ago. He gave me a ring, but he didn’t know my size. When I asked him how he had chosen it, he said he imagined my hand in his and tried to remember how it felt — and the ring fit perfectly.

My doctor forbade me to sleep on my belly, and that’s my favorite sleeping position. So I asked my husband to turn me over on to my side or my back if he saw me lying on my stomach. Well, last night he woke up several times to check up on me, and once even asked me if I was asleep.

I’ve been married for eight years, and of course we have fights sometimes. But a few days ago I was checking our documents from the bank and I saw that the secret word he had chosen for the security question was the pet name he gave me years ago.

My husband often talks in his sleep, and last night he suddenly opened his eyes, stared at me, and said, ’’You’re the most beautiful woman in the world — remember that.’’

I realized my marriage was the right choice when my husband and I both became ill. Despite his own high fever and the cold outside, he still went to the drug store, made a hot broth for me, and swaddled me in blankets. No presents could have done more to show me that he loved me.

My husband gets up for work earlier than me, and tries not to wake me up, but when my own alarm clock goes off, I always get a message from him: ’’Good morning, sweetheart!’’ This lightens up my mood better than any coffee.

We’ve been married for several years, and once I decided to reinvigorate things by preparing a romantic dinner. I didn’t say anything, just went to the local store and bought some champagne, fruit, and candles. When I got back home, I saw that he’d had the same idea — he’d laid the table, lit his own candles, and even washed the dishes. I love him so much.

Every night, my husband reads our daughter a bedtime story, then she calls me, and we hug each other tightly. All the bad feelings we might have had before just go away afterwards.

When I was a kid, I fell in love with a boy who was four years older than me, and didn’t even notice me. Later, I moved to another town, where I almost forgot about him. Once, I was at the dentist’s, and he said that I reminded him of someone. It turned out that it was actually that boy from my childhood. Well, we became friends, then began dating, and yesterday he proposed to me. Fate is an interesting thing.

I had a friend — the very best friend you can imagine. At some point I found myself in love with him, but I really couldn’t work up the nerve to ask him to be my boyfriend. We were seeing each other less and less, and when we did it was obvious that we both felt a bit awkward. It grew worse and worse, and our friendship seemed to die out, but one day we were sitting in a park, and he just said, ’’Will you marry me?’’

My husband recently told me about a conversation he had with a friend of his who had problems with his girlfriend. My husband’s advice was to stop thinking about breaking up, and the reason for the quarrel would not feel like a reason anymore. He said that when you want to share your life with someone, many things become too small to bother getting worried about. That’s what you might call the secret of family happiness.

When I was dating my then not-yet-husband, I had serious health issues, and hormone therapy made me put on a lot of weight, but my boyfriend didn’t break up with me — he actually proposed to me. Of course I agreed, and after that, every single day, he told me how beautiful I was. When I finally recovered and lost the excess weight, we were looking through the wedding pictures, and my husband suddenly said, ’’Honey, you were so plump! I never even noticed that. Although I remember those pretty cheeks.’’

When I found out that I couldn’t have children of my own, I ran back home and locked myself in the bathroom to cry. My boyfriend was at work, so I left the papers with the test results on the dresser and forgot about them. I came back to reality when I heard him come in — he unexpectedly came home early, knocked gently on the door, and said, ’’Sweety, we’ll get through it together, I love you.’’ Some time later we got married and adopted a child, and in a year I got pregnant myself. This is what true love does!

When my husband took me and our baby from the hospital, I saw how he looked at our son and fell in love with him again.