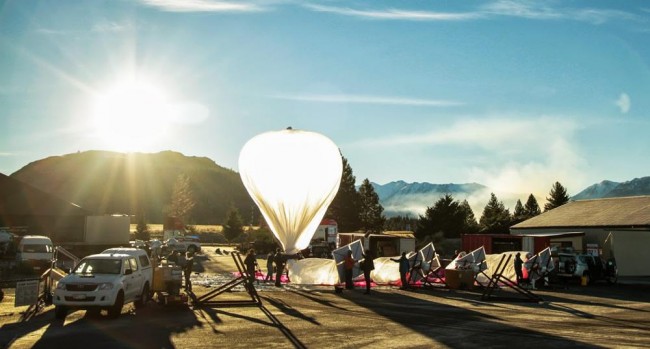 Google has unveiled an ambitious project that involves launching a network of balloons to provide 3G-speed internet access to some of the most remote places on the planet.
Google outlined the idea, which is part of its Moonshot from Google X series of ideas, as a potential solution to the digital divide, which currently sees two thirds of the world’s population without internet access.
The network of balloons will be carried by high-altitude winds at heights up to double those used by commercial aircraft. Google’s blog post on the project concedes that the idea is indeed unconventional but, if successful, could provide crucial internet access to the areas in the most need. “We hope balloons could become an option for connecting rural, remote, and underserved areas, and for helping with communications after natural disasters,” the post explained.

Using balloons for internet access is nothing new, but the idea of allowing them to freely float is where this project is breaking new ground. Previously, balloons providing internet and mobile coverage would be tethered to the ground so this new concept presents new challenges, which include how to control the balloons’ altitude.

“Using just wind and solar power: we can move the balloons up or down to catch the winds we want them to travel in,” the blog explained. “That solution then led us to a new problem: how to manage a fleet of balloons sailing around the world so that each balloon is in the area you want it right when you need it. We’re solving this with some complex algorithms and lots of computing power.”
Having theoretically solved these problems, Project Loon is now embarking on a test run in Canterbury, New Zealand, with 50 testers tasked with attempting to connect to the internet via one of 30 balloons.
The Moonshot Solve for X series of ideas is based on solving large-scale problems with breakthrough technology, with ideas and support coming from organisations including Google, TED and MIT.