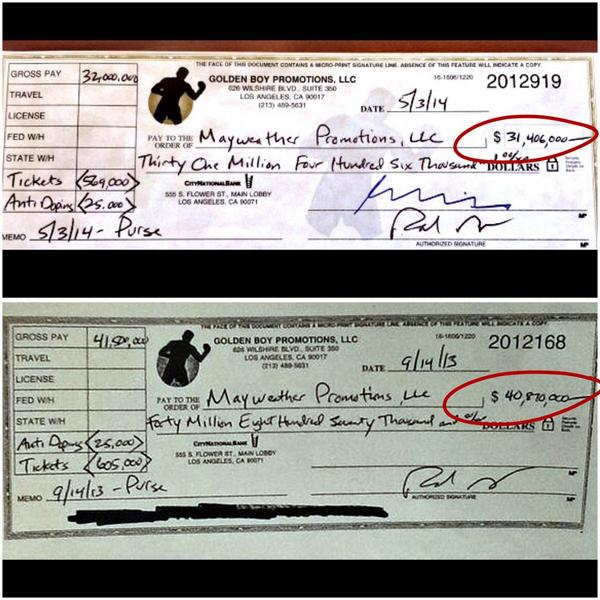 It took a while for him to reply to 50 Cent’s accusations that Floyd can’t read, but the boxer has a fight in a few weeks. He’s known to keep weird hours and he probably took this long to type up a competent response.

Those are the $72 million checks from Floyd Mayweather’s last two fights. Not a bad haul for 72 minutes of relatively easy work.

I know it’s the rebuttal that pretty much everybody expected, but sometimes the truth is the proper reply. It really doesn’t matter if Floyd can or can’t read. He can just pay one of those girls who rub his feet for a living or whatever they do to read for him. Or Ray J or the guy from ATL that’s always around. The hell does Floyd need to be literate for when he has The Money Team?!

So spare me with all the think piece babble about how illiteracy is a serious issue and that this is sad. It’s not sad that Floyd can’t read, it’s hilarious. I just hope he takes 50* up on his offer and reads live on the Jimmy Kimmel Show sometime soon.