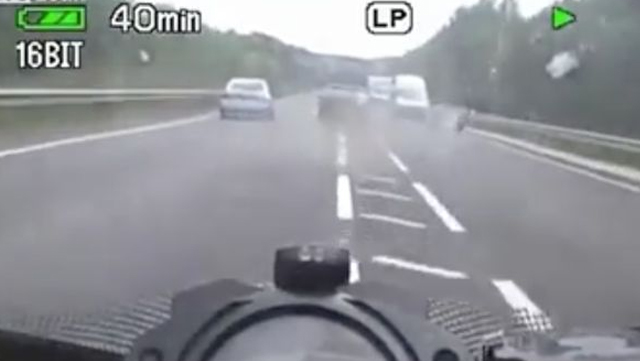 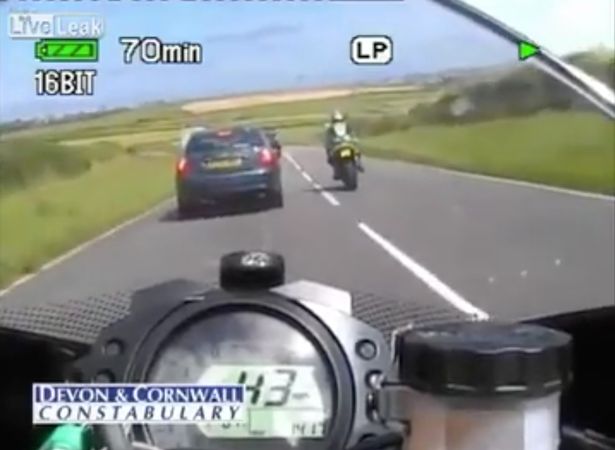 Moments like this should be taken as a lesson to others who may tend to do reckless things or believe that nothing bad could ever happen to them. Motorcycling is a fun thrill that many people learn how to do in their lifetimes. There’s the exhilaration, the rush of adrenaline, and there really is nothing like the feel of the open air when you speed down the streets.
Although motorcycles are fun and cool, it’s important to keep in mind that they are still vehicles capable of traveling speeds up to 200 mph and higher. Although adrenaline junkies might seek out these speeds, it’s very important to remember that accidents can happen and to exercise caution.

42-year-old Frederick Bowden knows that feeling all too well. In a video that he filmed on his bike with friend 45-year-old Andrew Prows. the two can be seen reaching speeds up to 170 mph. They zig-zag around cars, rev their engines and appear to be having a good time until something horrible happened.
The dangerous driving took place on July 13th, 2008 and a fatal crash followed when Andrew lost control and collided with an oncoming vehicle.
Frederick, who caught the crash on a camera mounted to his bike, was sentenced to 51-weeks in prison and was suspended from driving for three years as well as dealing with the loss of his friend.

Superintendent Tim Swarbrick said that the video is not pleasant to watch and that at that speed there would have been no time to react. He also advises that all motorists follow the speed limit as it’s there for a reason. Check out the devastating moment in the video below.