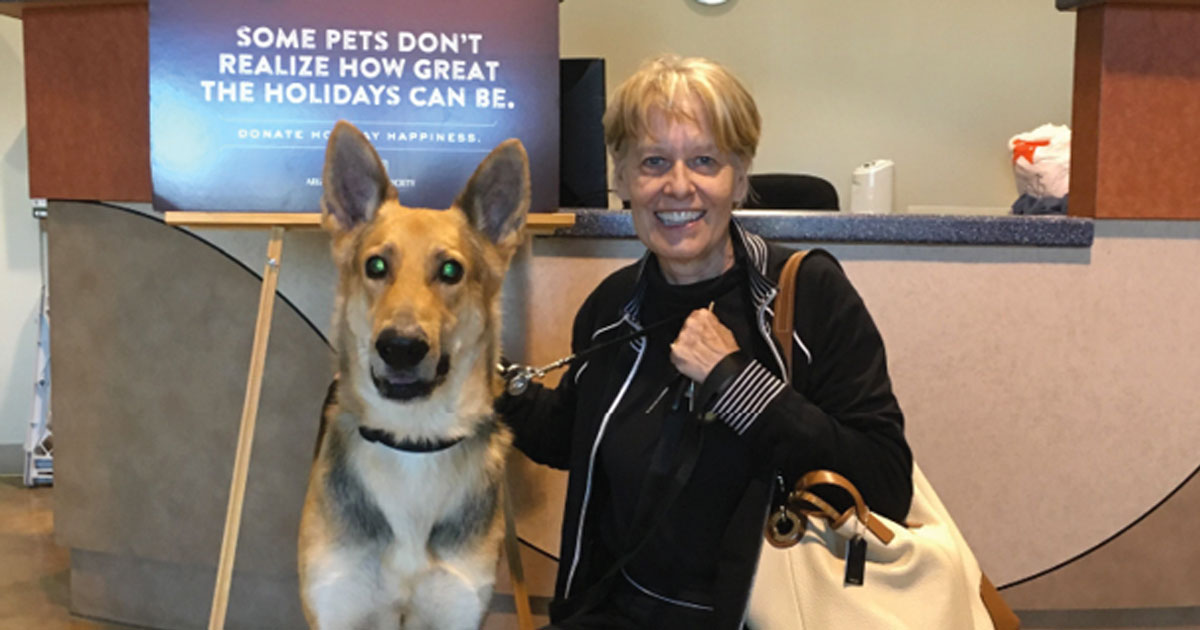 The Arizona Humane Society in Phoenix had quite a successful Thanksgiving weekend this year. Like other shelters, they waived their adoption fees as a Black Friday promotion to encourage more people to adopt, and they were astounded when every animal found a forever home, reaching a total of 313 adoptions for the year.

However, the shelter was not completely empty. One dog was left all alone in his kennel—five-year-old Bryan, a friendly, partially blind German Shepherd. 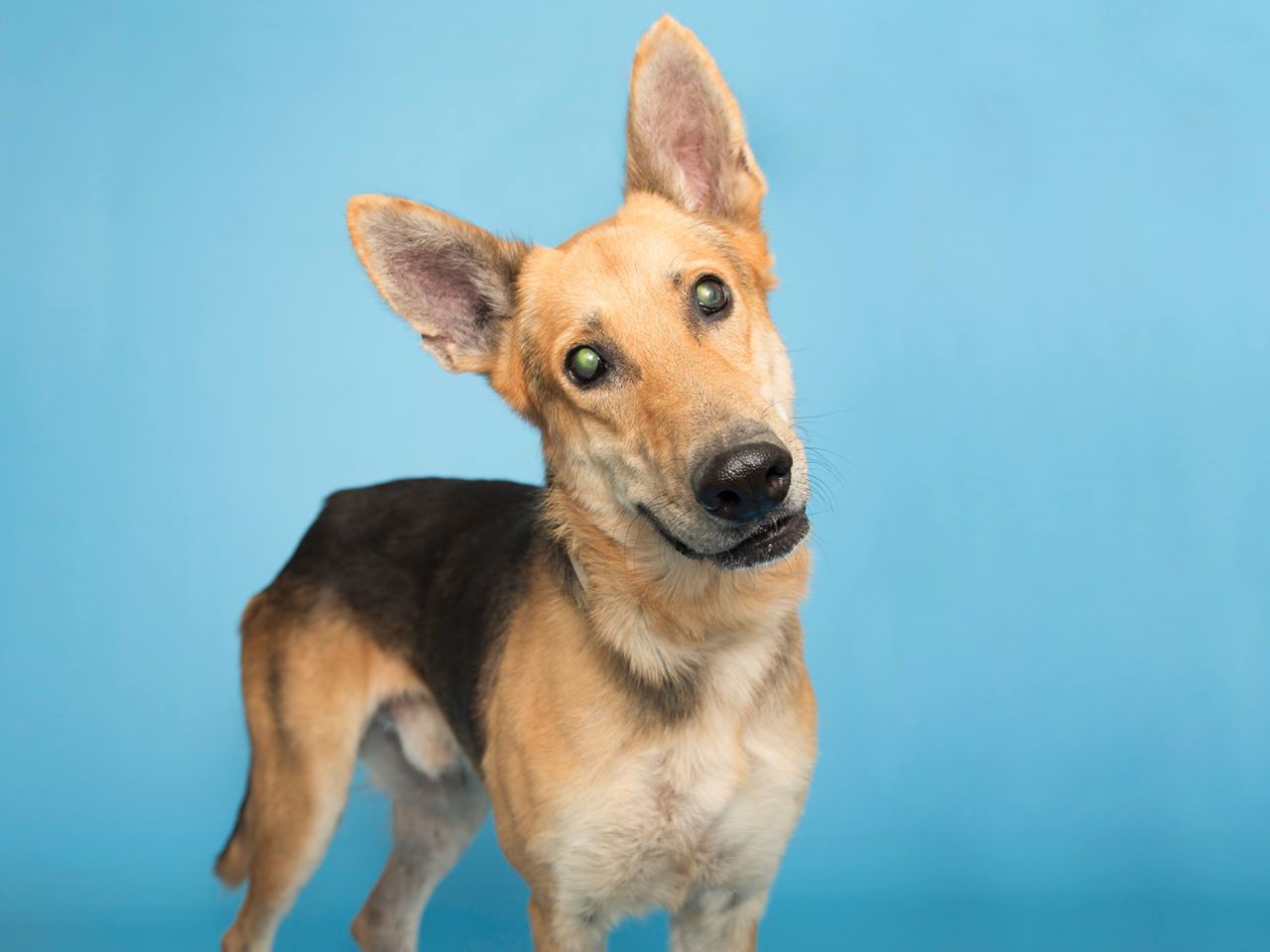 Because of his disability, workers at the shelter knew Bryan would have difficulty finding a family to take him home. Though it had been a successful Thanksgiving weekend for them, they were sad to see poor Bryan left behind with no new home for the holidays.

But not too long afterwards, Bryan received an unexpected surprise.

Patti Mooers and her husband found Bryan and fell head over heels in love with him. Without a doubt, the Mooers were worth waiting for. Not only do they love German Shepherds, but they also know how to care for dogs with disabilities. In fact, their previous German Shepherd also had an impairment and walked with a wheelchair after his hind legs became paralyzed. 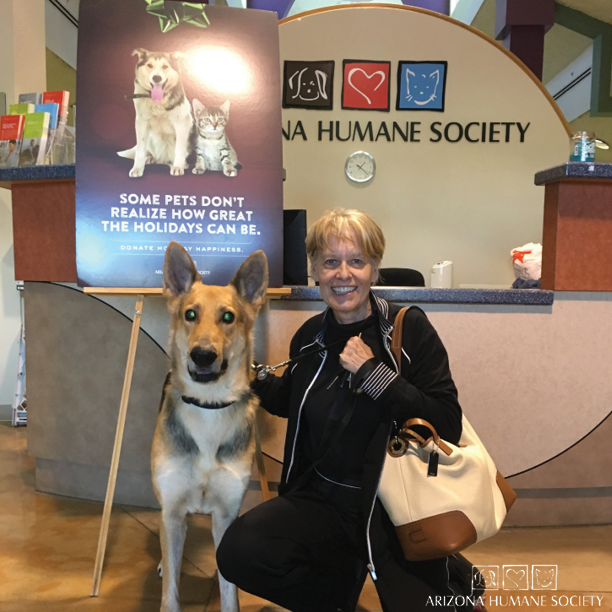 Bryan was brought to the Arizona Humane Society after being left to starve in a backyard. Thankfully, he is much healthier now and can finally enjoy living with the doting family he deserves. The Mooers told KPHO news that Bryan is adjusting wonderfully to his new home.

“He’s smelling everything,” Patti said. “He bumps into a few things but he seems real content.” 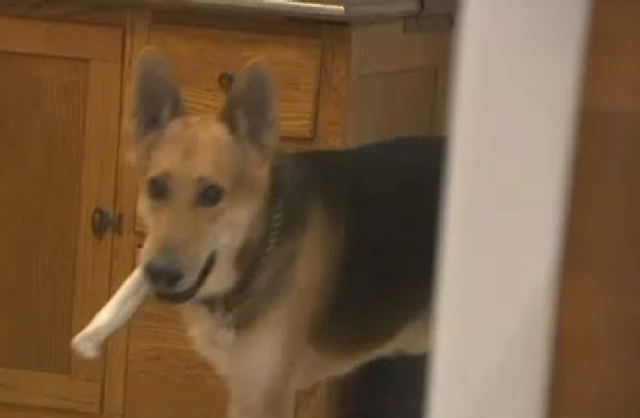 Patti hopes that Bryan’s story will inspire others to adopt dogs with disabilities. Bryan’s blindness doesn’t make him any less lovable, and it certainly hasn’t stopped him from being the friendly, gentle dog he is.

“Just go meet them and see if it’s a good fit. They have so much love to give and they deserve a good home.” 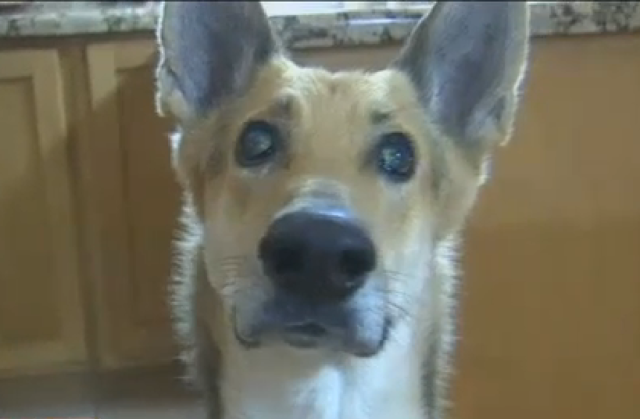