Pedro Bravo, a 20-year-old University of Florida student, is currently on trial for the 2012 death of his roommate, 18-year-old Christian Aguilar. Yesterday a Gainesville Police Department detective presented evidence that, on the night of the crime, Bravo told his iPhone, “I need to hide my roommate.” Here’s what Siri had to say… 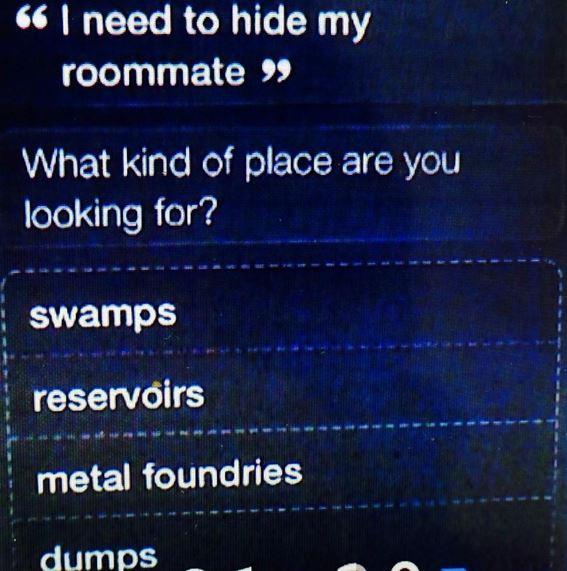 Police also told the court that Bravo’s GPS logs show him traveling towards the woods where hunters later discovered Aguilar’s body, and that he used the flashlight app nine times in the half-hour after midnight. (He’d also allegedly bought a shovel.)

According to prosecutors, the roommates were feuding over Bravo’s ex-girlfriend, who’d started dating Aguilar, and Bravo wrote in his journal, “I am a monster for having hurt Chris the way I did” and “[a] problem has occurred, you need an alibi.” Bravo entered a not guilty plea, though admits to fighting with Aguilar, and could receive a life sentence if convicted.