Chinese doctors have proved once again that they can go way too far to give someone a new life.  Mr. Zhou is a factory worker in Changsha, Central China. In a regular day when Zhou was busy working in his factory. Unfortunately, a spinning blade machine chopped off his left hand. He was taken to Xiangya Hospital in a critical condition.

The tissues of the arm area were severely damaged, and it was a challenge for the doctors to let his hand back to the normal. And simply reattaching his hand was full of risks, so the daring doctors generated an idea. They operated a ground-breaking surgery and grafted Zhou’s arm onto his leg for a month to allow the tendons and nerves to heal. The hand started resuming blood supply, and it stayed alive for a month getting attached to the ankle.  After a month, spending ten long hours of surgery, doctors reattached Zhou’s hand to his arm. Zhou is now recovering and has started moving his fingers. 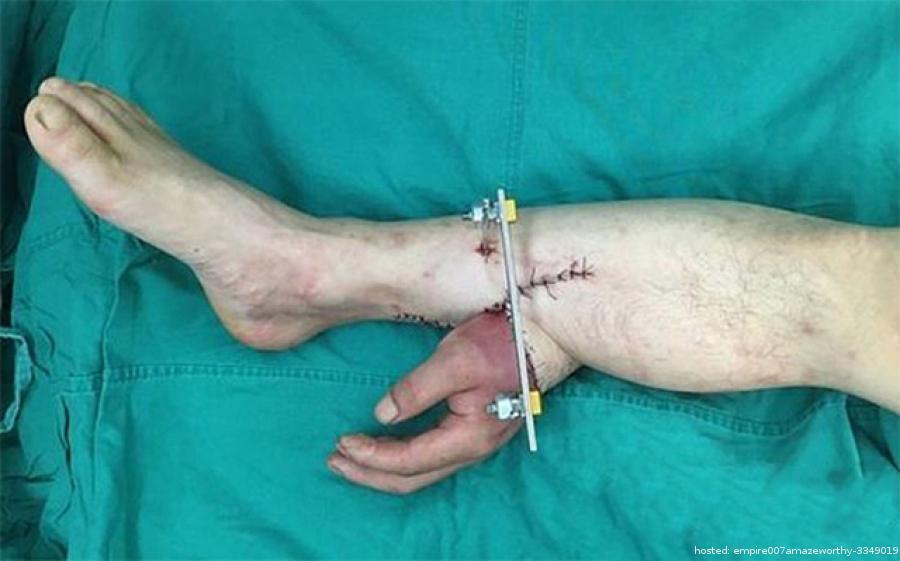 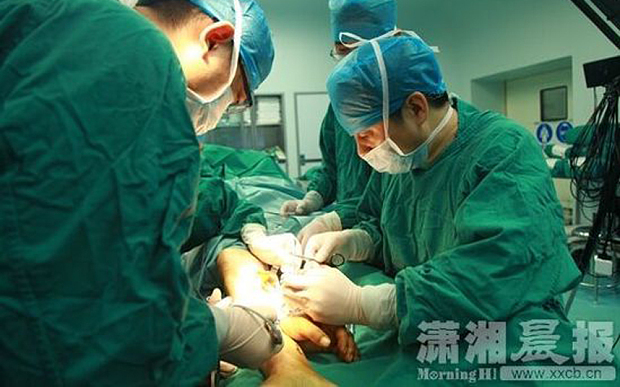 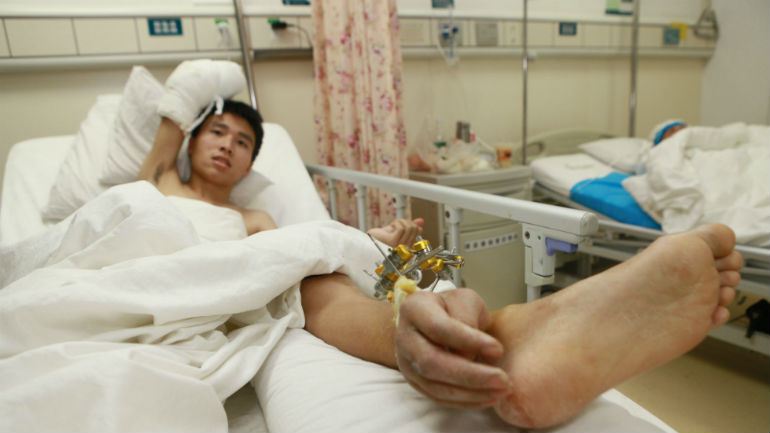 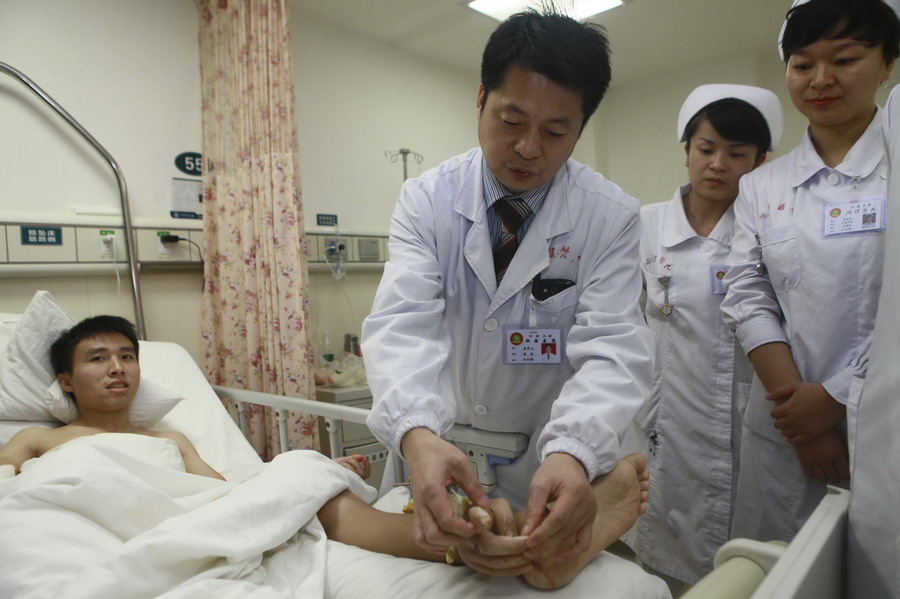 Thanks to Dr. Tang Juyu and his team. They give Zhou a new life.  He was taken to hospital in time. If it was delayed, Zhou would have lost his one hand.

Share this information and let other know. Also, If  you see any accidents happen in-front of you, Take the person who got injured immediately to hospital.

← What Happens When Kids Hooks Their Mom Up To Lie Detector.
5 yoga poses to reduce your belly fat. →