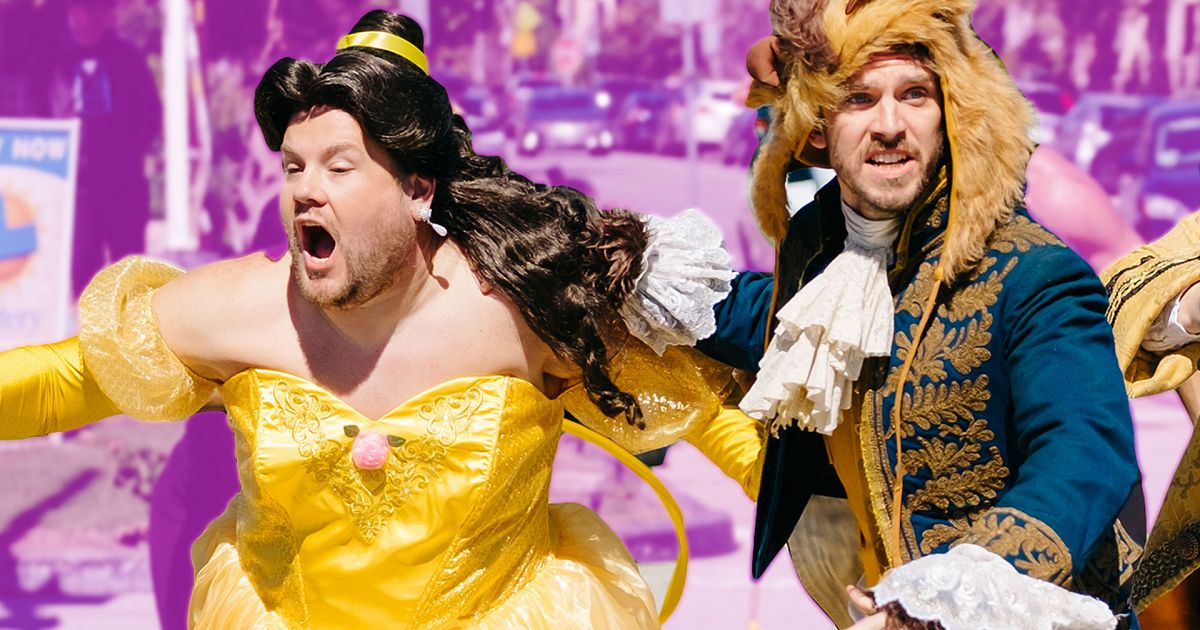 This one is for all of the Beauty and the Beast fans! 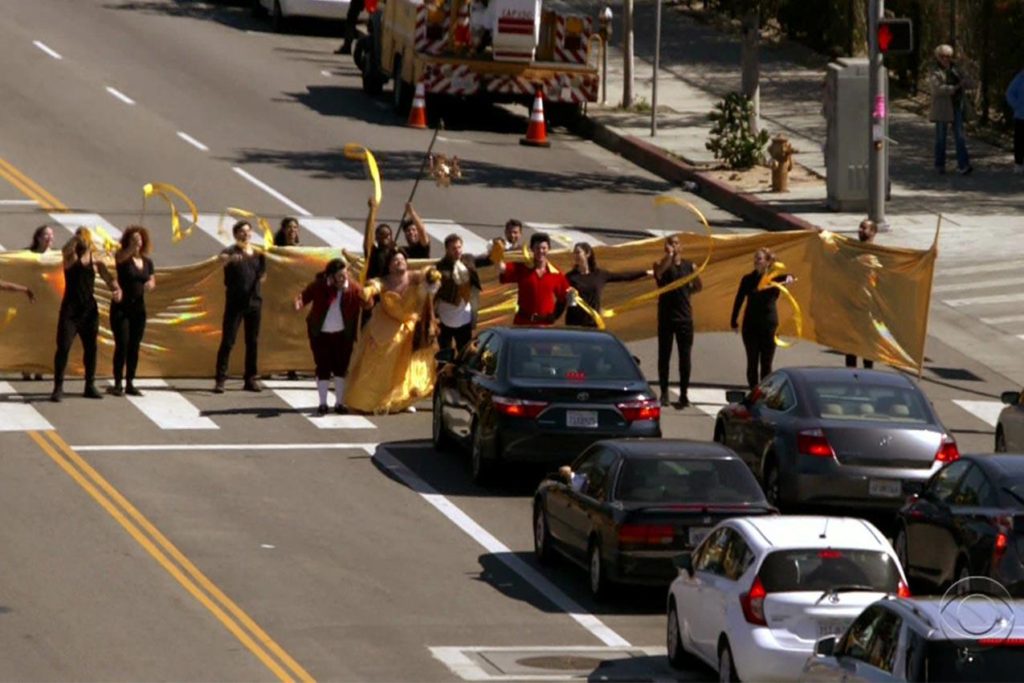 Cordon and his crosswalk theater group took to the intersection at Beverly Boulevard and Genesee Avenue near the CBS studios to entertain drivers and passengers waiting for the traffic light to change. Performing scenes from one of the greatest musicals in history in under a minute takes practice, and the behind the scenes look at the performers’ rehearsal time provides some hilarious tidbits of what goes into putting on a crosswalk musical.

Plus, the theater group was surprised by some very famous familiar faces.
Josh Gad, Dan Stevens and Luke Evans all joined the group to help put on the performance. Unless you’ve been living under a rock for the last year, you probably already know that all three of the men starred in the live-action film version of Beauty and the Beast. Gad played the role of LeFou, Stevens played the Beast, and Evan played Gaston. 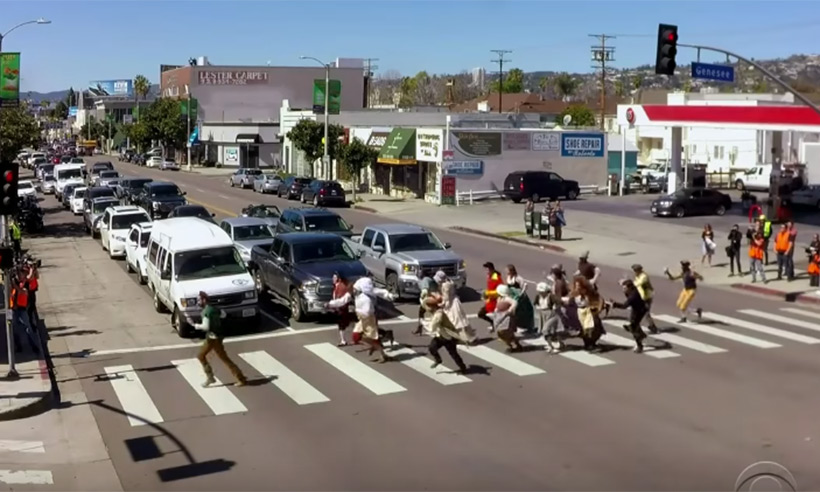 We couldn’t stop laughing at the grueling audition process Cordon puts the actors through. We loved when he told them that even if they are movie stars, they still have to try out for the roles like everyone else does.
You’ll crack up when you see what they go through to ultimately be cast in their original roles. Cordon means business and his dedication to the production is both hilarious and endearing.
If the rehearsal portion of the video doesn’t have you laughing already (even though trust us, it will) the day of the crosswalk performance will absolutely leave you in stitches! 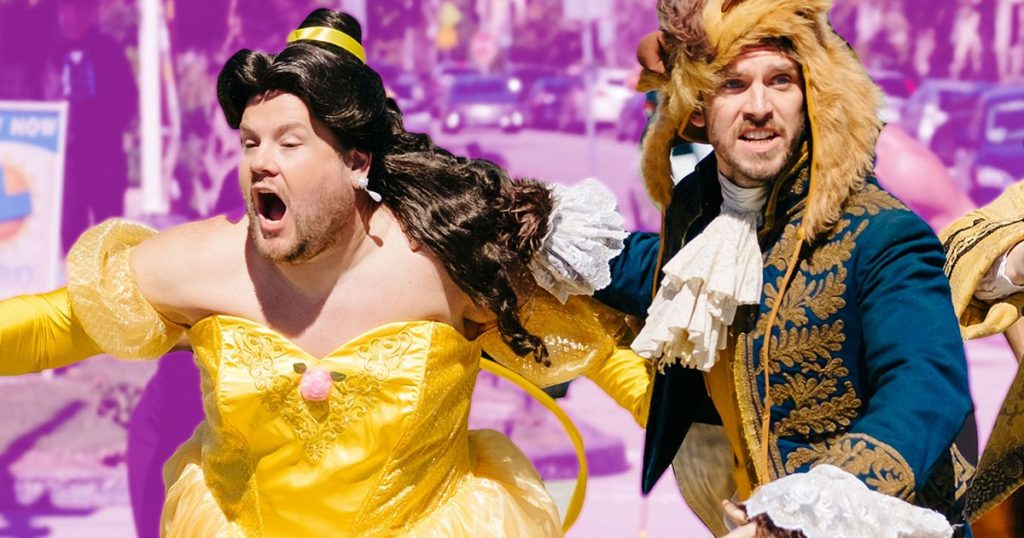 We don’t know what’s funnier; the reactions of the confused motorists, or the moments when the light turns green and the cast has to comically flee back to the sidewalk? We’ll let you be the judge!
Even if you’re not a huge fan of Beauty and the Beast (although, who isn’t?!) we guarantee you’ll still love this video! Cordon and his crew are hilarious and you will definitely be laughing the whole time!