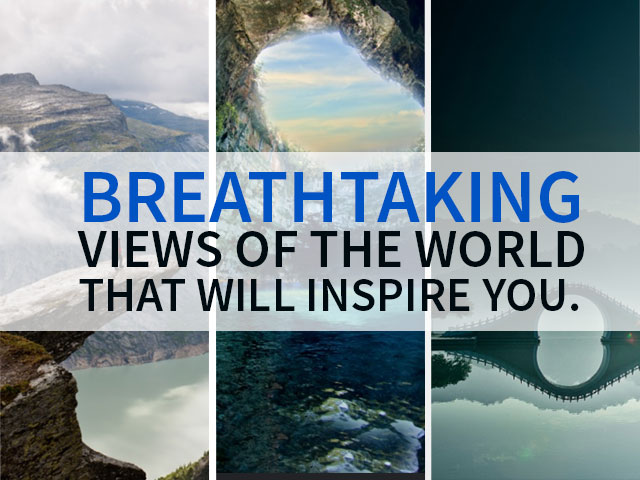 The Cambrian Hotel, Swiss Alps: This infinity pool can be found at a beautiful hotel tucked in the mountains of the Swiss Alps. 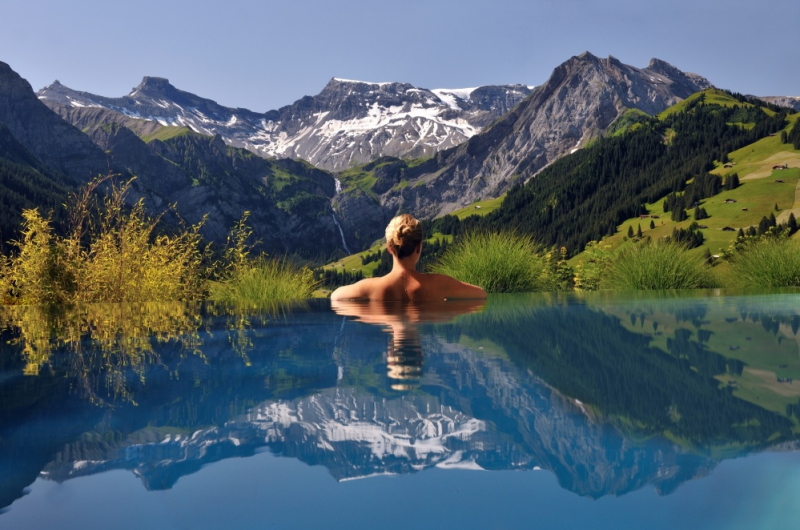 Mount Kilimanjaro, Tanzania: The highest mountain in Africa brings about 40,000 tourists each year and that’s not including the guides and other support personnel that climb this beautiful attraction. 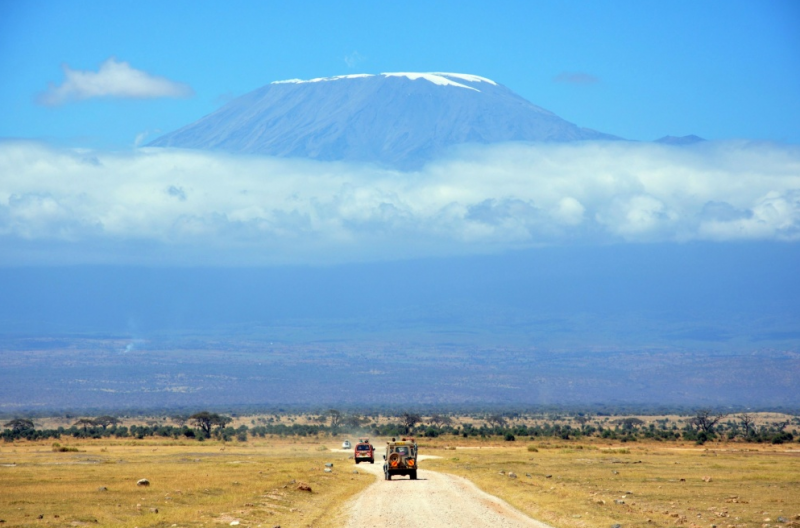 Fjallabaksleid, Iceland: This beautiful green pathway goes through a mountain track high in the mountains located north of the Myrdalsjokull glacier. This scenic site is the result of years of geological activity. 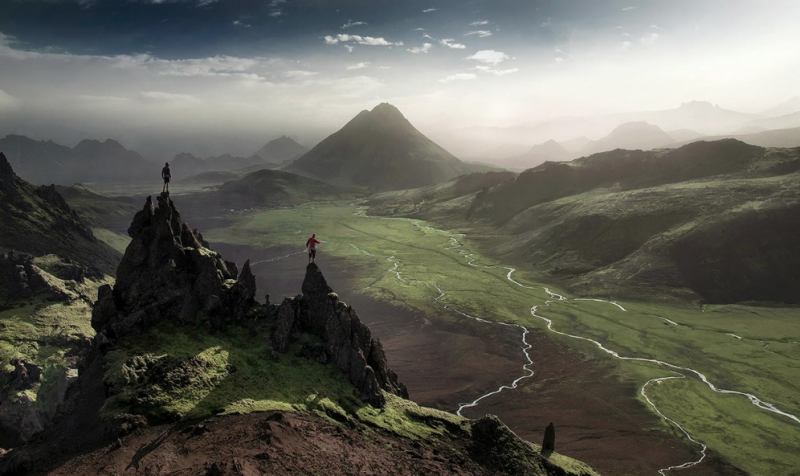 Melissani Cave, Kefalonia, Greece: According to Greek mythology, nymphs used to live in this cave and they would tempt sailors with their beauty. But nowadays tourists and visitors eagerly enter and are willing to catch a glimpse of a mythical creature. 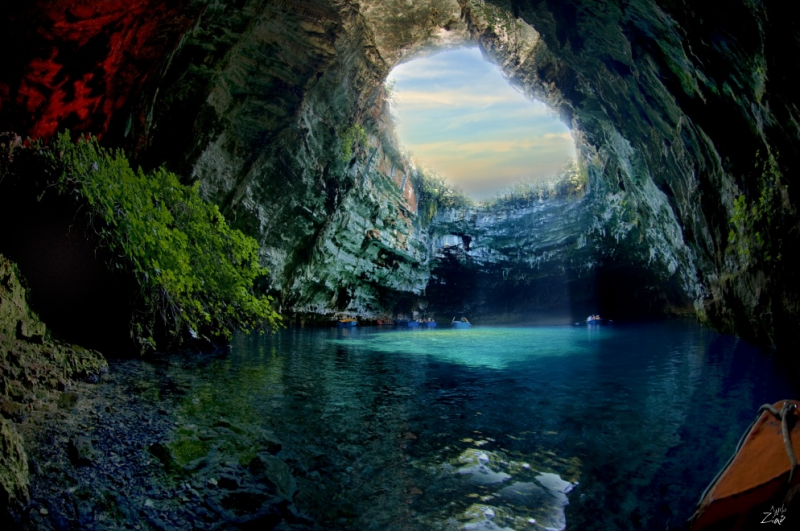 Corcovado Mountain, Rio de Janeiro, Brazil: Most are familiar with the famous statue of Christ the Redeemer located at the top of Corcovado mountain. From this point, visitors experience an astonishing view of the city as well as the Sugarloaf Mountain. 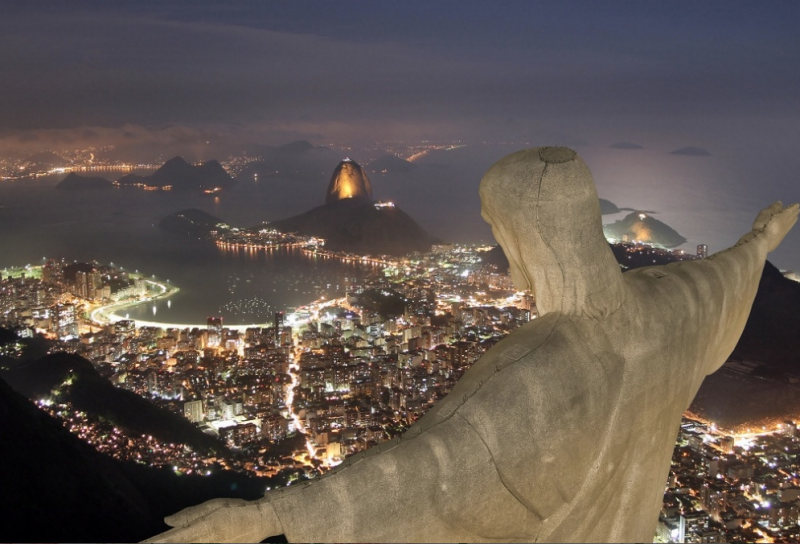 The Troll’s Tongue, Norway: This gravity-defying stone came to be after a piece of rock broke away from the mountain. It’s 350 meters above a lake and is a bit hard to get to, requiring a 12 km hike. 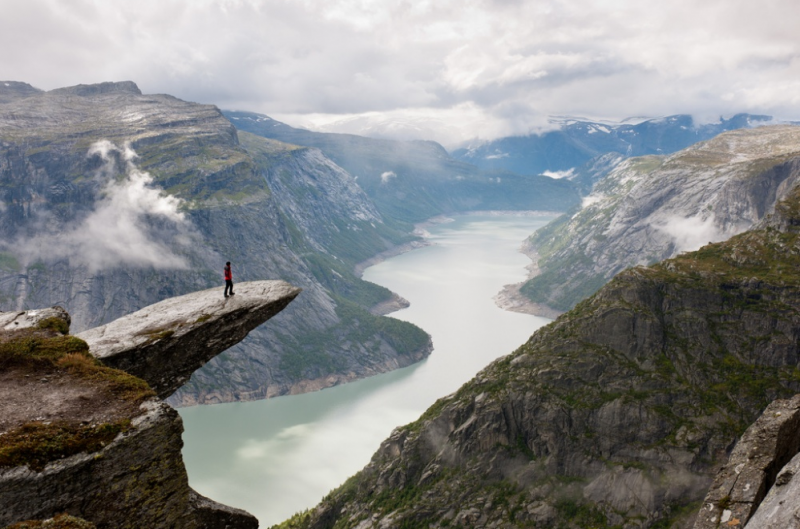 The White Cliffs of Dover, England: These chalk cliffs have been used by sailors for years as navigation. Located on the coast of Kent, these cliffs are the reason the Romans called England ‘Albion’ from the word ‘albus’ meaning white. 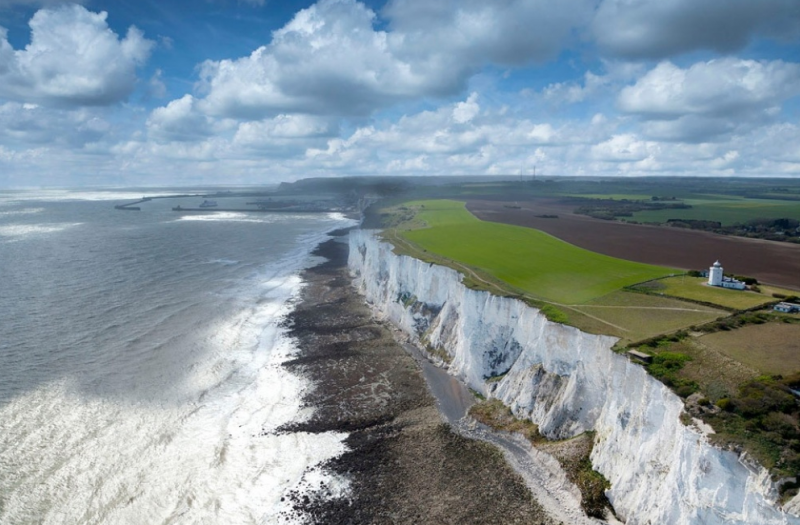 The Moon Bridge, Taiwan: This bridge is the main attraction at Dahu Park in Taipei, Taiwan. At Twilight, the moon hits the water causing this stunning silhouette reflection on the water. 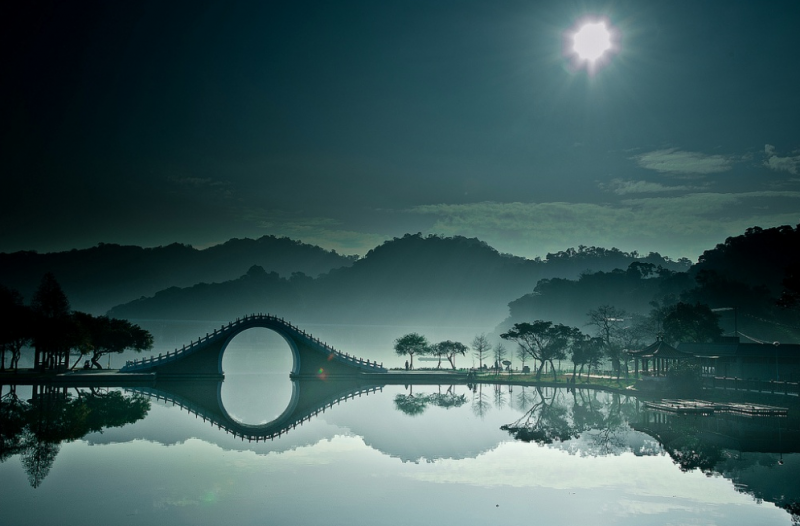 Victoria Peak, Hong Kong: This view is the best of both worlds with tree tops blending into skyscrapers. It’s located west of Hong Kong and it’s a great view at night. 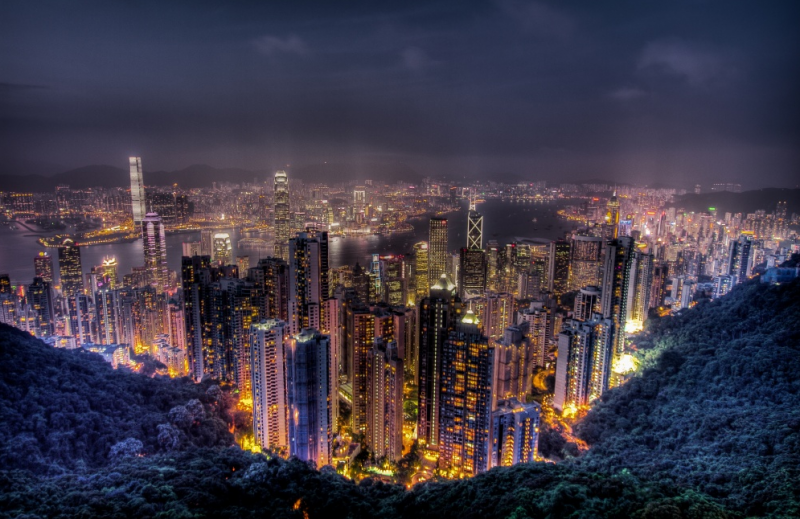 Bagan, Myanmar: These Buddhist temples and monasteries are located in the ancient city of Bagan. It really looks like an ancient kingdom. Back in the day, there were over 10,000 religious centers here but today there are only 2,200. 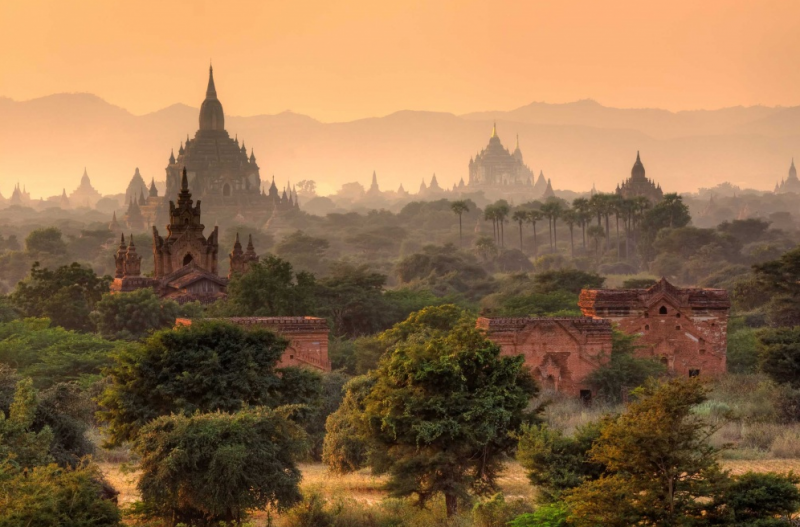 The Twelve Apostles, Australia: These cliffs look like they came out of a fantasy movie but they’re actually located off the coast of Port Campbell National Park, Australia. Years of geological activity and ocean activity caused their formation. 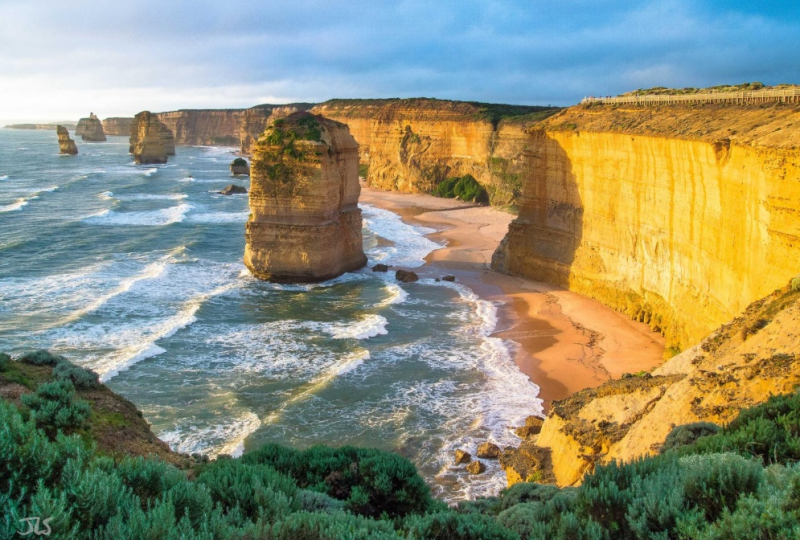 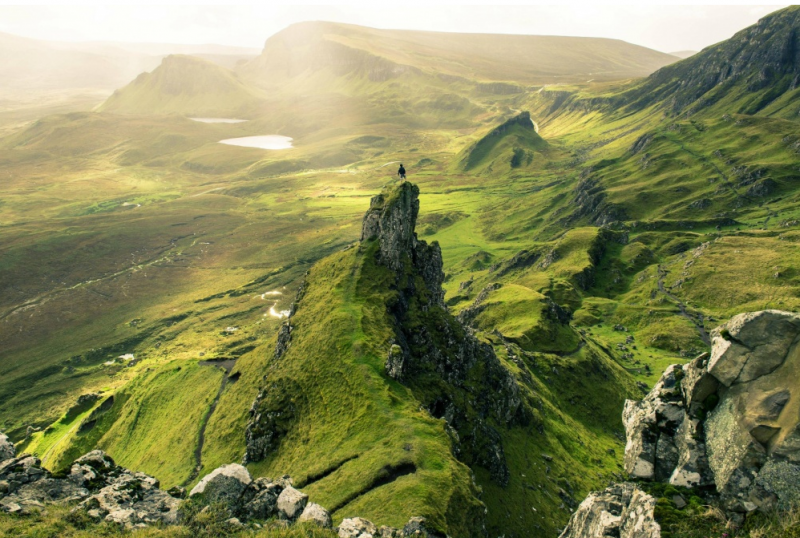 Where the Namib Desert Meets the Atlantic Ocean: Not sure if many people would be able to sunbathe on this beach! These are the highest sand dunes in the world! 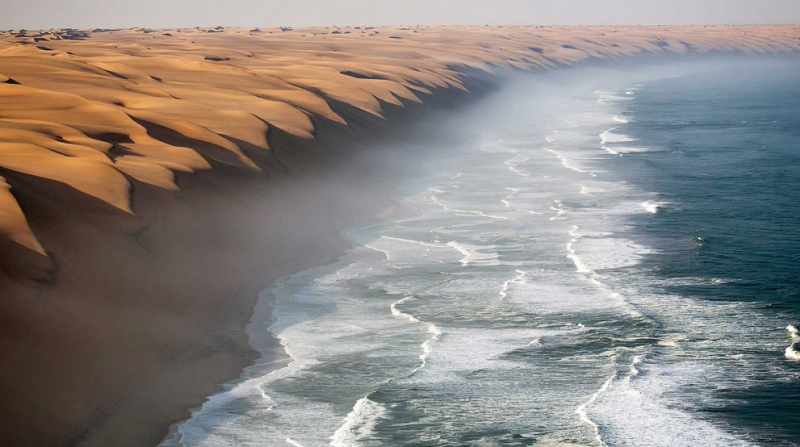 Bridge over Dachstein Glacier, Austria: This is one of the highest bridges in the world. If you are afraid of heights this might not be the best view for you, but it’s surely magnificent! 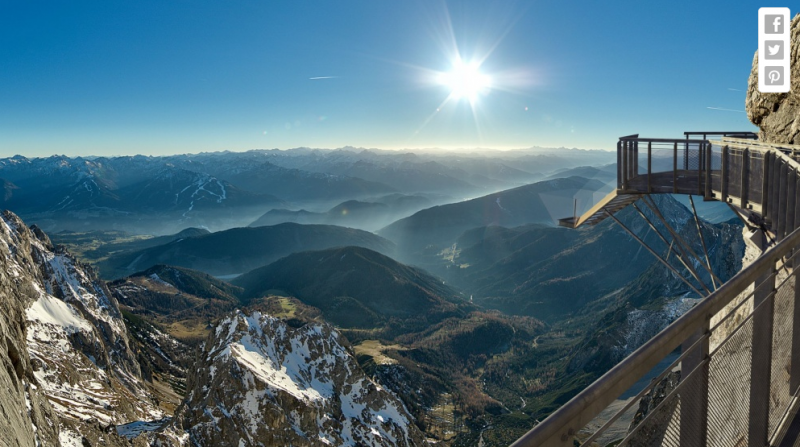