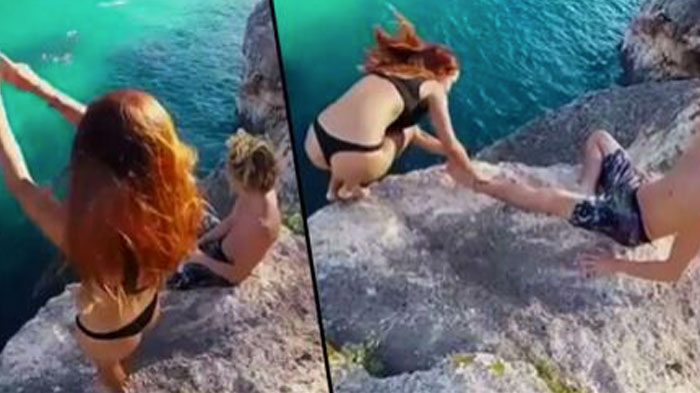 She is preparing to jump off a cliff into the water below, but at the last minute, she pauses, changes her mind and reaches out for her boyfriend’s leg to stop from falling.
However, instead of helping her, the boyfriend shakes her off his leg in a clear attempt to distance himself from her as much as possible and save himself.
Check out the video below.

The video was uploaded to Reddit, causing all sorts of reactions. While some people believe he could’ve done something to help the girl–who clearly had a change of heart at the last minute–others believe there was little he could’ve done. What do you think? Comment Below.