She went into hospital to give birth and woke up five days later with NO LEGS.

Ella Clarke, 31, from Torquay, Devon, who went into hospital to give birth has told of the trauma she went through after waking up six days after her C-section to discover both her legs had been amputated. She thought she was coming round from her caesarean but she was left devastated as doctors informed her that after five days of being in an induced coma they had made the decision to remove her lower limbs.

Going into hospital to have a baby should have been the best moment of my life,’ she said. ‘Instead my world has been shattered. I was an active mum doing the school runs and chasing my family around the garden. Now I’m the complete opposite. I might never be able to run after my children, or stand next to them. No human being should ever have to experience this after it could have so easily been avoided. 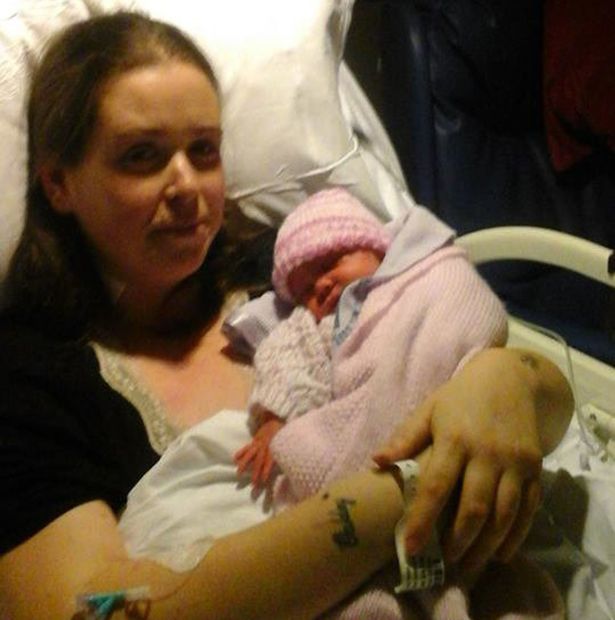 Ella Clarke with her daughter, WInter Rose, just after she was born 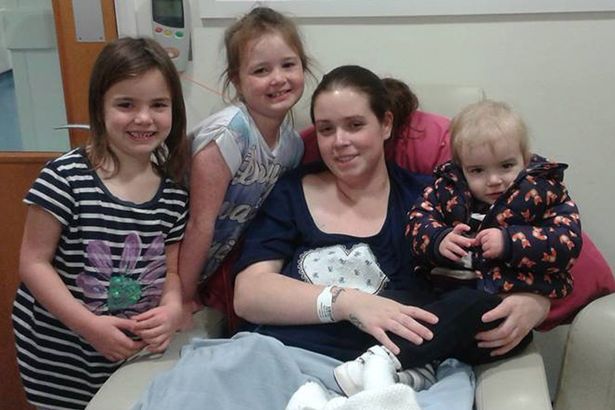 “People think we’re mad having such a big family, but being a mum is the greatest feeling on earth.” At the 20-week scan, the midwife told her she had a low-lying placenta – called placenta previa. If not given proper attention, it can cause excessive bleeding at delivery and a caesarean is usually needed. Ella had undergone six previous C-sections through choice with no problems and expected a routine pregnancy.She says: “It was the first time I’d suffered from placenta previa but I wasn’t nervous about being cut open again to have a baby.” 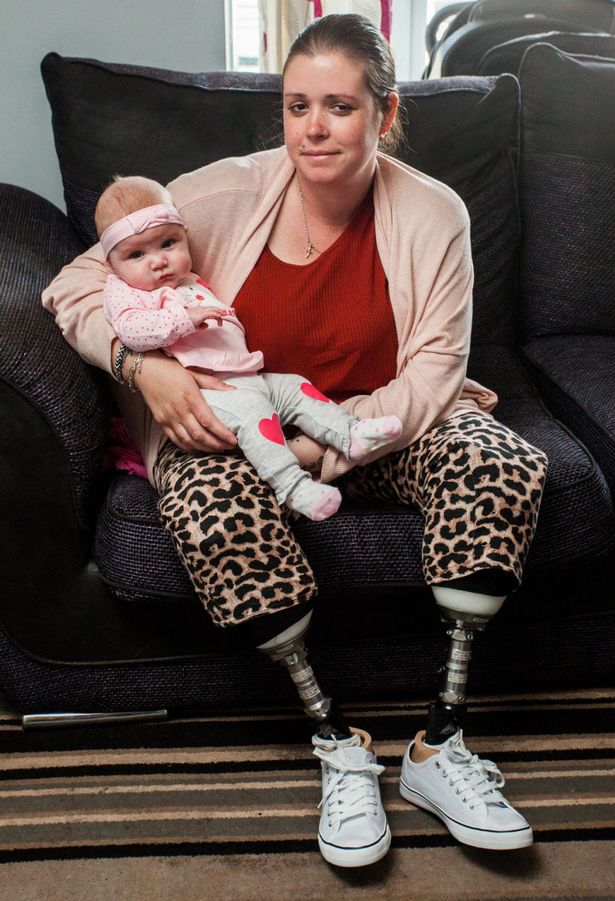 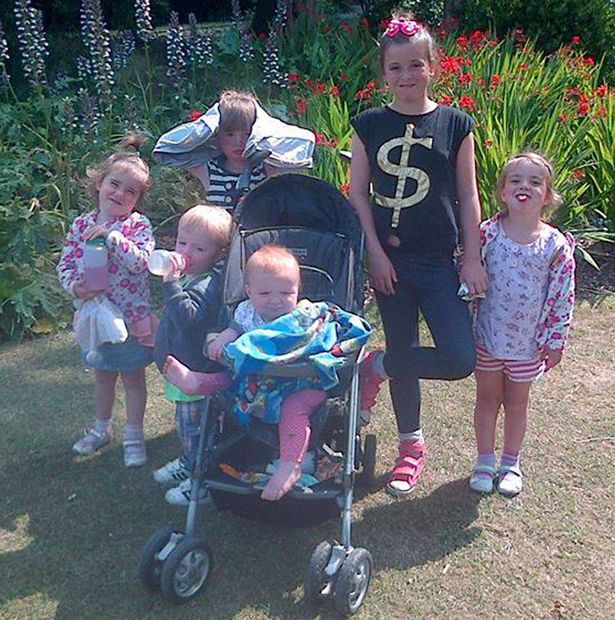 Ella Clarke says her life changed beyond all recognitionTears were rolling down my cheeks and Ian was cuddling me. He was crying too.” She left hospital 23 days later and in March, received two hours of counselling and prosthetic legs. After 10 hours of physio she is still trying to get used to them.  She says: “My five-year-old couldn’t look at me without a blanket on me as she was scared and my eldest daughter started falling behind at school. My family was falling apart and I was helpless.” Ella and Ian demanded answers and a meeting was set up with Torbay Hospital. 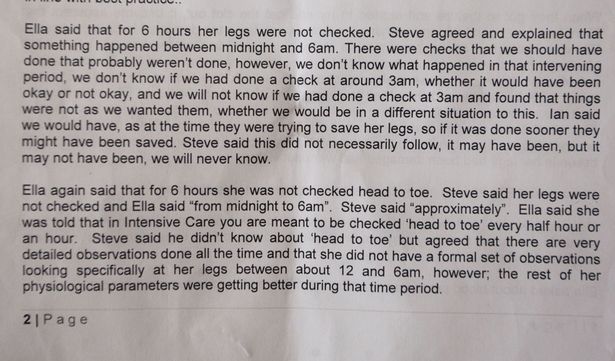 Letter to Ella Clarke from the NHS

The couple were informed of the hospital’s oversight and were issued an apology.

She says: “It was five months too late. I have eight children to look after, what life can I have now?  “This has impacted on us far worse than you can ever imagine. I will never stand on my own two feet again and that makes me shudder.”

In notes of a meeting Ella had with representatives of the South Devon NHS trust, the hospital admits staff failed to check her legs for six hours.

Ella says: “Had doctors been checking me hourly, I’d be fit and healthy and be able to play with my five-month-old baby like any other normal mother.  “Instead I’m a shadow of my former self and my kids are scared to cuddle me because my stumps frighten them.” Ella’s home has been modified, with steps outside the property replaced with a ramp and a handrail up the stairs.

She says: “I have nightmares where I wake up dripping with sweat. Doctors have told me I have post-traumatic stress. “I was a normal mum for 13 years. That’s been snatched away from me.”

Devastated Ian says: “When doctors told me what they had to do, my heart sank. But I was just happy she survived. “I’m now more hands-on around the house. I’ll do whatever it takes to get back to our happy place.”

South Devon NHS Foundation Trust said: “We are carrying out a full investigation and it is not appropriate for us to make further comment.”

← Heartwarming Photos Of Kids Who Were Just Adopted.
Touching It Will Get You In A World Of Trouble, So They Built A Fence Around This Tree Decades Ago. →