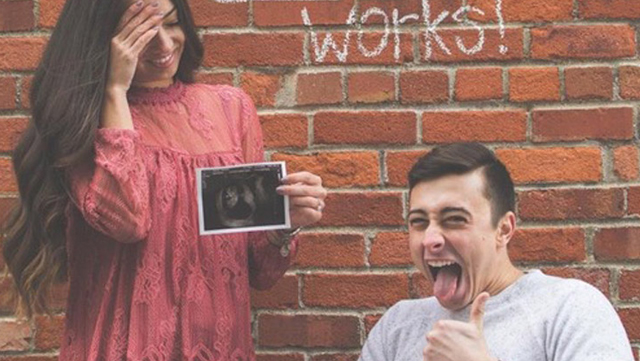 Many times, the greatest blessings are the ones you least expect.
In 2014, avid dirt bike rider Todd Krieg found himself paralyzed after an unfortunate dirt bike accident. Todd, then, traveled to California to attend a rehabilitation center to improve his mobility. At the center, he met recovery specialist Amanda Diesen, and the pair instantly fell in love.

A few years later, the pair moved to Ohio and found that Amanda was pregnant with their first child. This discovery was completely unexpected, and the couple admitted feeling “extremely shocked and overwhelmed.” 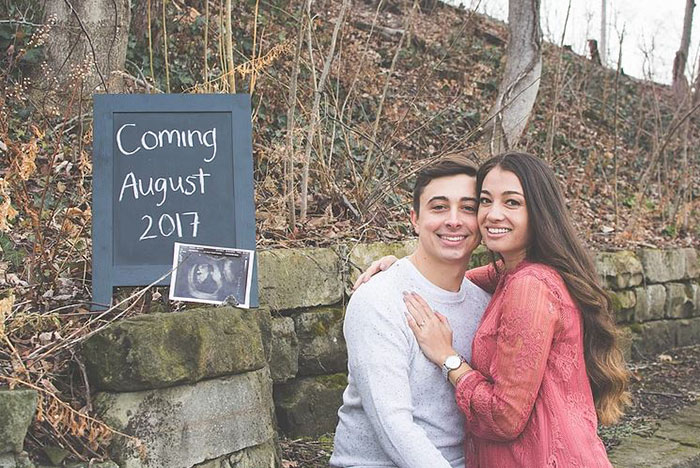 Given Todd’s physical condition, the couple were totally caught off guard, and while they had hoped to get engaged and married first, the couple recognized this beautiful blessing. “It was au natural, no IVF,” Diesen continued, “Doctors had said it was possible, but the chances were very slim — that it probably wouldn’t happen without help like IVF or other devices.”

To announce the unforeseen pregnancy to their friends and family, the couple decided to have a creative and humorous photoshoot. With his tongue sticking out, Todd gives the camera a thumbs up while Amanda looks down, embarrassingly, with a note reading “It still works!” alongside a sonogram of their new bundle of joy. 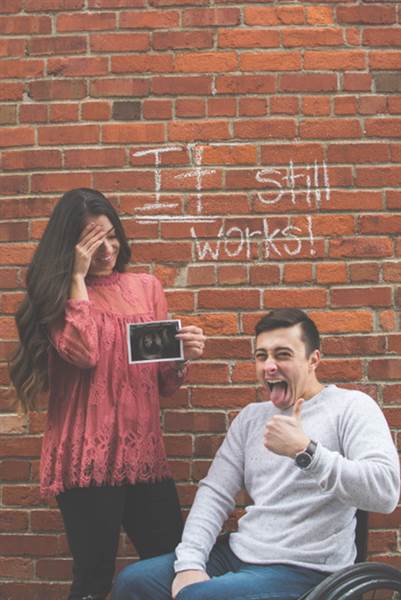 Their love story and pregnancy announcement has been posted on the social discussion website, Reddit, where millions of people have viewed the announcement images.

While the couple is aware that the photos are somewhat immature, they’ve used humor throughout their relationship as a way to cope with Todd’s condition and make the best out of every situation they’re faced with. 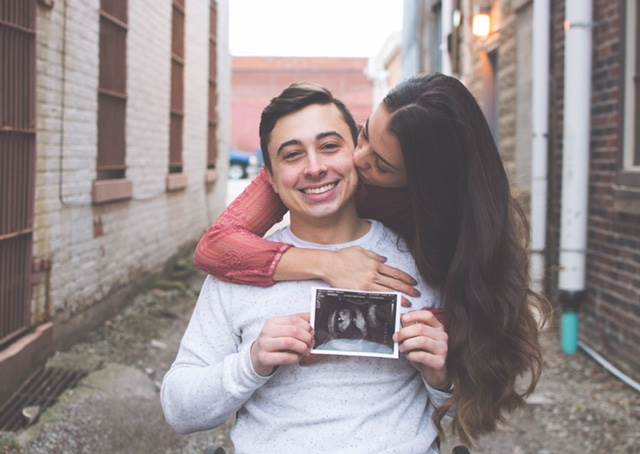 “We are the two goofiest people together,” Amanda stated, “I feel our story is very unique and inspiring, and my hope is that it brings hope to anyone else looking for love — that it literally can happen in the most unexpected place with the most unexpected person — so be open to change.”

The humorous photoshoot turned serious when Todd proposed to Amanda, with her responding with a “Yes.” 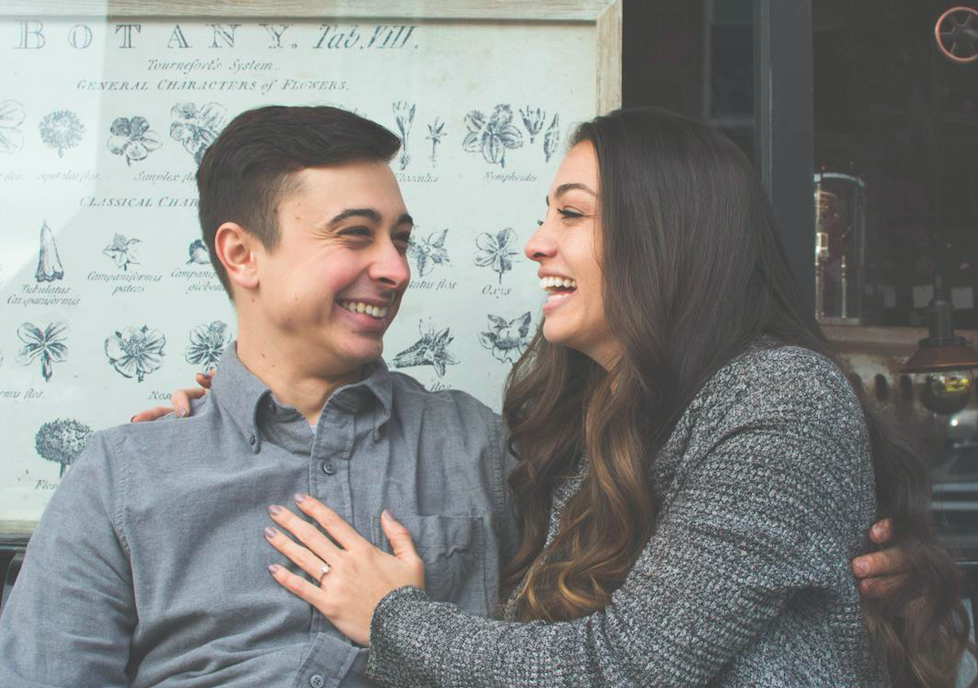 These lovebirds demonstrate the importance of being open and accepting to anything life throws your way. Many times, we tend to resist when things don’t go as planned, but as you can see from their special love story, the best things come when they’re least expected.