Apple has officially unveiled two new addition to the iPad line – the iPad Air 2 and the iPad mini 3. Both tablets are available for preorder on Friday and will be launching next week. The new larger iPad doesn’t look much different than the original iPad Air, but Apple says its even thinner than its predecessor. It’s also now available in gold, and starts at $499. Apple says that its new iPad Air has the best display you’ve ever seen on a tablet. Here’s a look at some of the key features Apple has highlighted:

Apple also unveiled a new version of the iPad mini. The iPad mini 3 will also come in gold and now features Touch ID in the home button as well. It’ll start at $399. 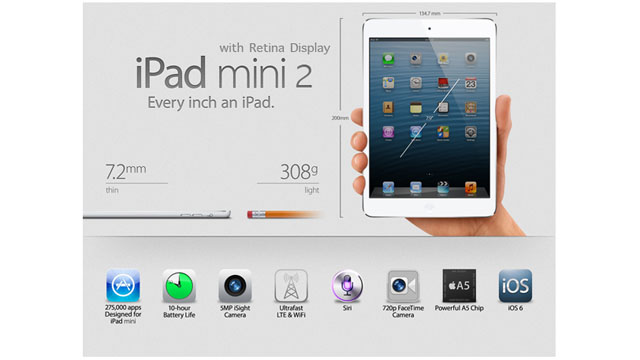