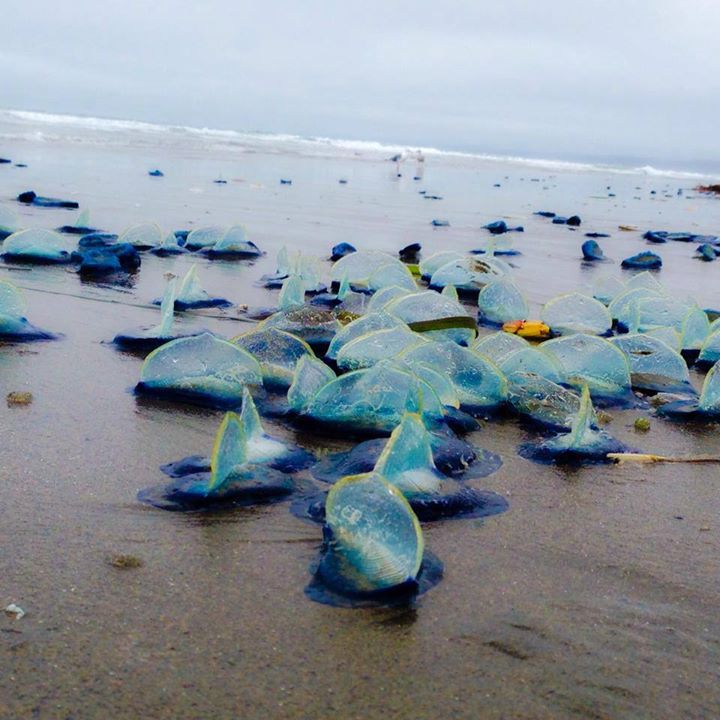 Ever heard of Velella velella, the marine life so nice they named it twice?

The jellyfish-like invertebrate may be a common sighting for sailors in the Pacific Ocean, but the Velella velella (the species shares the same name as the genus) rarely washes ashore before the end of its lifespan. So when thousands of the tiny blue sea creatures recently turned up, en masse, on beaches in central California, many were surprised to see such a large amount of the beached marine life. 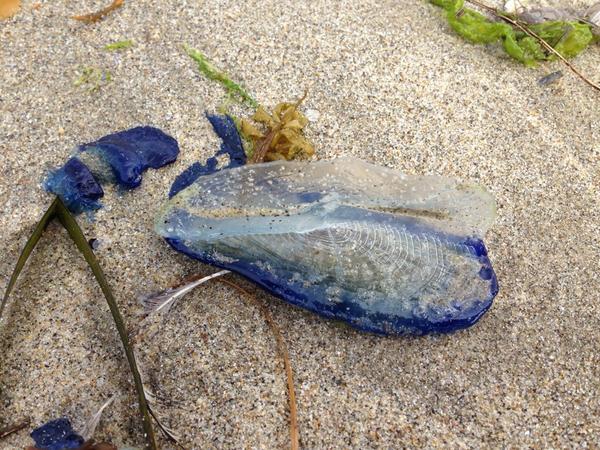 “It’s been eight years, plus or minus, [since] we’ve seen them,” Nancy Black, a marine biologist and owner of Monterey Bay Whale Watch, told San Jose Mercury News. “Why they’ve come now, it’s hard to say.”
Also known as “by-the-wind sailor,” velellas float on the surface of warm waters, subsisting on small fish like plankton. As the University of Michigan’s Museum of Zoology notes, the hydroid polyps begin their life cycle in the middle of the ocean. They are typically brought to shore by the wind and usually dry up on the beach. 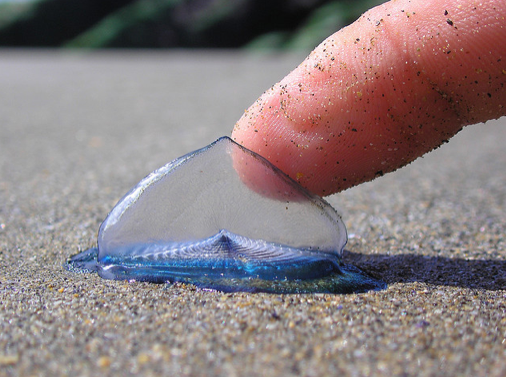 After thousands of velellas washed ashore this month, beachgoers near San Francisco took to social media to share photos of the beached colonies.