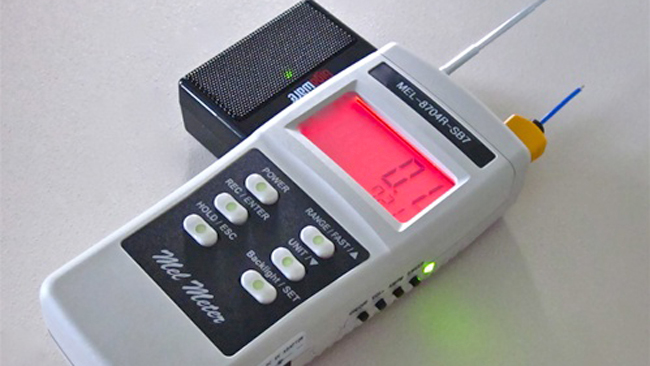 Gary Galka lost his daughter in a car accident eight years ago and has since built over 30 devices designed to communicate with spirits including one that he believes has recorded his daughter’s ghost saying “hi daddy, I love you.” In addition to selling his inventions on his website Galka has also featured on an episode of the TV series Ghost Adventures on which he demonstrated one of his devices recording a voice during a paranormal investigation. “No one was making products for these people,” he said.His devices are sold through the Professional Measurement website and range from $79 to about $350.

The device used to capture the voice on Ghost Adventures is the Mel-8704-SB7-EMF meter, which is said to detect a range of electromagnetic and temperature changes. It also has an AM/FM scanner, includes glow-in-the-dark buttons, and includes an “exclusive P-SB7 Integrated Sprit Box”.