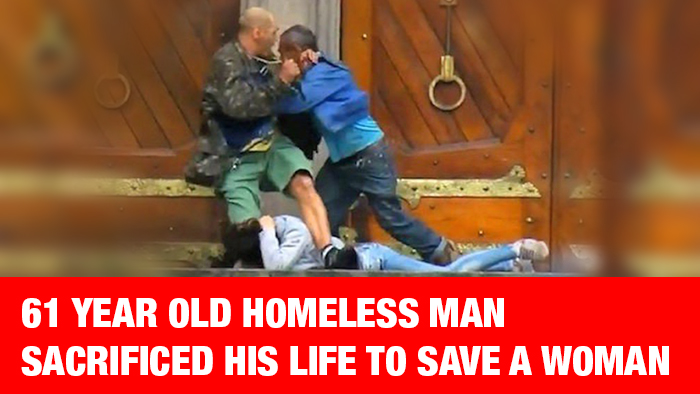 A woman was visiting the famous San Paulo Cathedral in Brazil. A man named Luiz Antonia da Silva was also there. According to the cathedral security guard, both of them had gone to the church and spent some time there, and while leaving an argument erupted between the two. The lady wanted to leave when Luiz (gunman) grabbed her arm and assaulted her outside the church. The lady asked for help, but no one came out to rescue her from the hostage of
Luiz.

Francisco Erasmo Rodrigues de Lima was there outside the church and when he saw all this happening, he just could not help but help this woman out. He found his opportunity when Luiz pinned down the lady, Francisco suddenly attacked him from behind, allowing the lady to run away from the gunman’s hostage. Francisco and the gunman had a fight and the old man got shot in the whole ordeal. He got hit by two bullets and later succumbed to his wounds on the crime scene itself, before any medical help could reach him.

Till that time the police had arrived and the officers killed Luiz, but unfortunately they could not save Francisco. The police later identified the gunman as Luiz Antonio da Silva, a 49-year-old man who was a well-known offender in Brazil. He had spent 22 years in prison for theft, causing bodily harm, and for damaging various properties. The lady was saved and was given proper medical care.

See The Video Below

Share this post if humanity still present in your hearts and we can pray for his soul to rest in peace.