A young boy made quite the impression when he left a memorable signature on a credit card receipt.

Jewel Cowart, a cashier at Domino’s Pizza in Temple, Texas, told Today.com that the boy – who looked to be about six – strolled in last week accompanied by his father and asked to pick up an order for Thomas Jefferson. 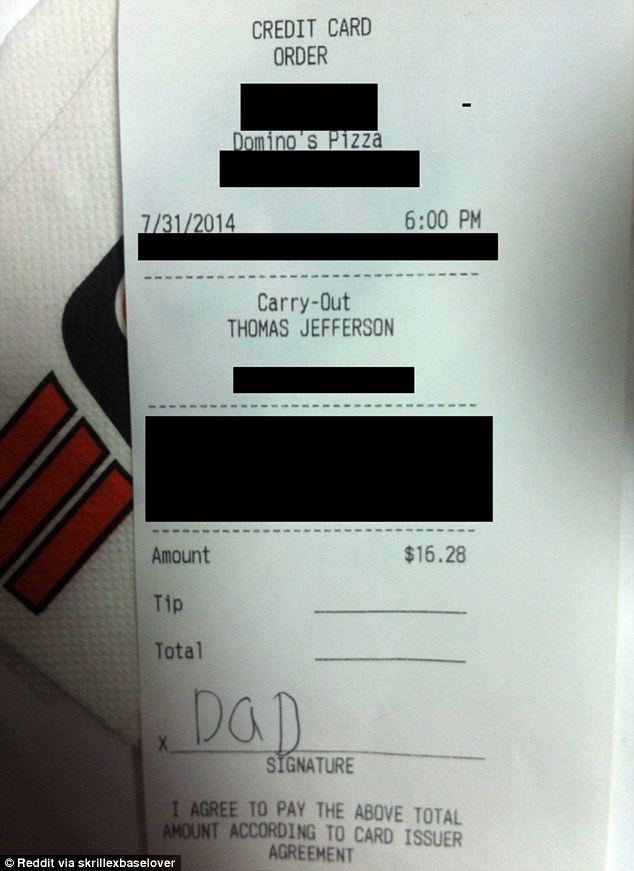 And when it came time to pay, not only did the child confidently swipe his father’s credit card, but he also adorably left his signature, which read simply ‘Dad’.

Miss Cowart said she knew immediately who the boy was when she heard him use the former President’s name to pick up his order.

‘Coincidentally, I had been his cashier a few days prior, too, and remembered him because before he had ordered under Abraham Lincoln,’ she explained. 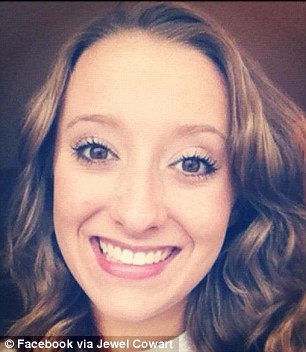 She said he had ‘as much confidence as an adult’ when he took the credit card out of his pocket – although he did check with his father before signing.

‘The boy turned, took the pen, and signed “dad” as clear as day, and proud as ever,’ she recalled.

‘He then took his pizzas, and said, “Have a nice day ma’am,” and walked out.’

Miss Cowart was so impressed with his precociousness that she showed the receipt to her brother, who then posted a picture of it on Reddit.

The picture quickly went viral as Reddit users commented on how adorable the boy was.

‘I did that with my kids. Great way to teach some life skills,’ wrote one person.

And Miss Cowart said: ‘At first, I had this overwhelming feeling of adoration and I wanted to squeeze this child into a hug.

‘And then I came to realize the child didn’t even realize how cute it was. He simply thought he was signing for his father.’