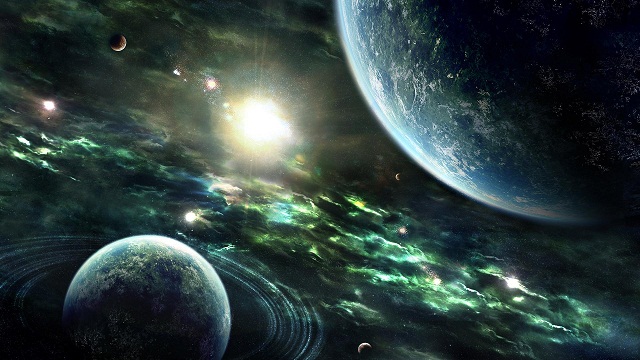 Our universe is a fascinating place and it is always fun to fill up on new and interesting facts that you probably didn’t know before. Check it out!

22. Then it takes just 8 minutes from the sun’s surface to your eyes.

21. Far beyond Neptune, there may be an object the size of Earth orbiting the sun (look up Oort cloud).

20. There’s a gas cloud in the constellation of Aquila that contains enough alcohol to make 400 trillion trillion pints of beer.

19. Dung beetles can use the Milky Way to navigate.

18. 33 light years away there is an exoplanet completely covered in burning ice.

17. If you could compress the Earth down to the size of a marble it would collapse on itself and become a black hole.

15. Olympus Mons, the largest mountain in the universe can be found on Mars. It is 3 times the height of Everest and it basically sticks out of Mars’s atmosphere.

14. Its also so wide that if you were standing on the edge of its caldera, the base of the volcano would be over the horizon.

13. The Milky Way has four spiral arms, not two.

11. According to astronauts, space smells like seared steak, hot metal, and welding fumes.

10. Earth’s rotation is slowing at a rate of about 17 milliseconds a century.

9. A day on venus is longer than a year.

8. If you cry in space the tears just stick to your face

7. There is a diamond floating in our galaxy that is bigger than Earth

6. One spoonful of matter from a neuron star would weigh about a billion tons

5. The Voyager 1 is space craft is the furthest man made object from earth

4. Also the Voyager 1 recently captured the most distant picture of Earth ever recorded

3. Earth has over 8,000 pieces of space junk orbiting around it

2. Each year the moon moves 3.8 cm further from Earth

1. If you could put saturn in a bathtub it would float.

What other interesting facts do you know about our universe? Let us know in the comments!