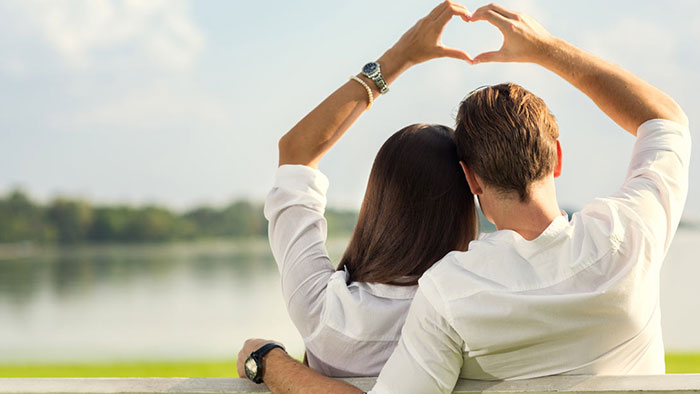 It’s a beautiful day, which means it’s also a beautiful opportunity to learn more about the main thing that binds us together as human beings — our desire to understand and appreciate love. To get us started on the right foot today, I decided to compile a list of 25 interesting relationship facts aimed at enhancing your insight on how this big love mystery works.

The facts, compiled from various university studies, should provide a wealth of info to chew on this morning. So, if you haven’t eaten breakfast yet, then here you go. Take a bite of this big slice…

1. Researchers at the University of Chicago found that people were twice as likely to find a date through friends and family than through the bar scene.

2. Nearly 40 percent of men do not feel confident meeting a woman for the first time.

3. Studies show that schools, colleges, coffee shops and malls are all excellent places to flirt because people are more open to meeting others in these places. Poor locations are restaurants and movie theaters.

4. Studies show that before a man even speaks a word, the way he stands (whether he is slouching or not) counts for over 80 percent of a woman’s first impression.

6. Four common date blunders are showing up late, talking about yourself too much, revealing too much about your ex and an obvious over-eagerness.

7. Signs that a man is about to break up with a woman include that he spends less time with her, he is no longer romantic, passionate kissing turns into quick pecks (particularly no kiss during sex), he fantasizes about someone else during sex, he pats her during a hug, and he tries to start fights.

8. Over 50 percent of all singles in America have not had a date in more than two years.

9. Couples usually wait until six to eight dates before they are willing to enter into an exclusive relationship.

10. Approximately 48 percent of online daters reported that their breakups occurred via email.

11. A woman can increase the likelihood of a man approaching her if she uncrosses her arms, makes subtle eye contact and smiles.

13. If a woman offers to pay for everything, chances are she isn’t that into the date. There’s an unspoken understanding that a man paying for everything is a form of “copulatory gift,” which is almost universal in all animal species.

14. Beautiful women typically get more stares, winks and harassment than average-looking women do, but they are also less likely to get asked out by average-looking men because those men tend to be intimated by them.

15. Dating specialists suggest that if a woman doesn’t return a call after two messages, she is not interested.

16. If a group of women are standing together but their eyes are wandering, they are likely to be looking for guys. If they each take a turn to break away from the group to head to the bathroom alone, they are on the prowl. If they are huddled together giggling, they are usually not interested in finding men.

17. Studies show that remembering bits of information about a person and working them into conversations not only is highly flattering but also shows interest.

18. Mirroring, or repeating, someone’s body language often impresses a date because it subtly conveys interest to the other person. One should avoid copying every move, however.

19. Studies show that men are put off by groups of loud women. If a woman wants to get a date, she should break away from a loud group to give a man a chance to approach her.

20. Typically, dating specialists suggest waiting until the third date to cook someone dinner at home.

22. On average, it takes between 12 to 14 dates before couples will trade house keys.

23. The most common time for breakups is around three to five months.

24. Humans like mystery and “the chase,” so don’t be too “available” to a date. Dating experts typically suggest not sleeping with a date too early because the longer the chase, the more likely love will blossom.

25. A man’s top dating fears include that a woman will come between him and his friends, won’t allow him free time, will turn out to be a stalker, won’t respect him or will be too high maintenance.

Facts About Love and Relationships