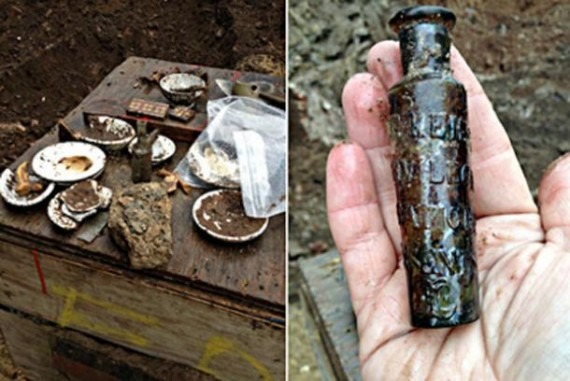 When someone lives long enough to receive the title ”World’s Oldest Person,” they’re usually asked what their secret is. You hear a lot of answers, although inevitably many of those answers include some form of alcohol. A recent discovery in New York City of a 200-year-old bottle labeled “Elixir of Long Life” led researchers to this new recipe and… Sure enough, the main ingredient was alcohol.

According to DNAinfo, the bottle was discovered during an excavation for a hotel at 50 Bowery by Chrysalis Archeology, a company that provides cultural resource management at dig sites. The greenish glass bottle was found with other liquor bottles in a former German beer garden. With that information, they were able to find the recipe in an old German medical guide.

The search for the Elixir of Life and its gift of immortality dates back thousands of years. It was said the Greek gods thought it contained ambrosia and nectar while Egyptian mythology says Thoth and Hermes drank liquid gold. The Sumerians wrote about kings drinking Ninhursag’s milk and Hindu thought their gods drank a milk called Amrita. 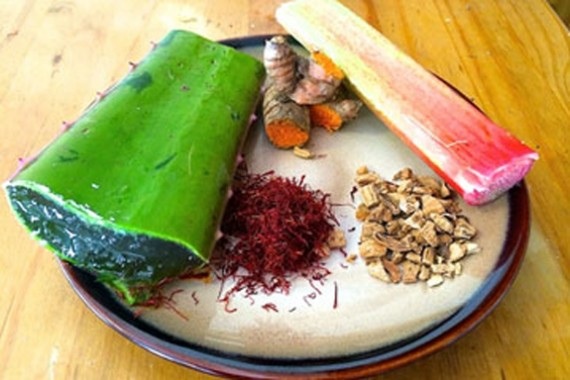 Liquid Gold in modern day new-age speak often is related to Mono-Atomic Gold, a substance obtained from peat moss and other decaying life-matter which still has active DNA inside it as it’s breaking down into Oil over a thousand year old process. This substance often has powerful health benefits to the body, and is often preserved with Alcohol.

According to this recipe, there may be a few other ingredients that make for an even more powerful beverage. The 19th century guide called for 2.3 grams each of rhubarb, gentian root, white turmeric and Spanish saffron mixed with the juice from 13 grams of aloe, 4 ounces of water and 12 ounces of grain alcohol. Shake frequently for three days, then filter through a cheesecloth.

Like many old elixirs, this one may have had a few health benefits. Rhubarb and gentian root aid digestion, turmeric helps cell regeneration, saffron is used to treat depression and aloe is an anti-inflammatory. If you decide to mix up a batch and achieve immortality, the team from Chrysalis Archeology points out that the bottle held less than an ounce so it was probably ingested a drop or two at a time…. good to know.

Any more than that and you may just get an immortal hangover.