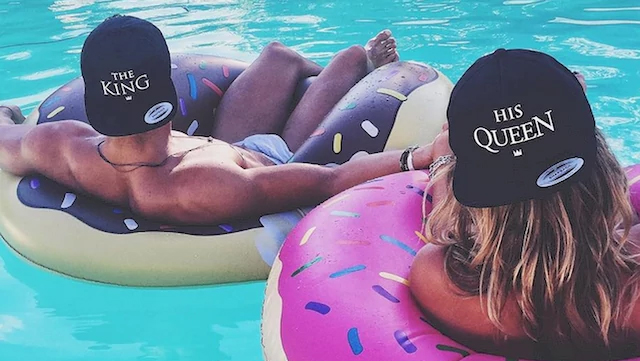 How do you know if a relationship is worth holding on to? Do you get a feeling, a sign, or do you just know? When is it time to throw in the towel? The biggest question many people in relationships have that may not be going well is “can they change?” While you don’t want a person to be completely different, relationships can suffer if the person you are with isn’t the person you originally fell for. People grow and evolve, but it should be for the better, not be a personality flip. If you’re starting to question the state of your relationship, these signs may help you come to a conclusion if he can change or if it’s time for you to move on.

1. He is willing to listen and doesn’t get mad ALL the time.
If he takes the time to hear you out and doesn’t let his emotions take over right away, there is a willingness to improve.

2. He tries to be conscious of your feelings and the effect he has on them.
If he does this, then he will be more aware of the consequences of his actions and how he could hurt you and the relationship.

3. He is honest with you and expresses that he wants to change.
He doesn’t hide anything from you and when you bring forth a problem, he does what he can to make it better.

4. Things are serious and you are in it for the long haul — he’ll do anything to make it work.
If you’re in a relationship that is going strong and you both plan on being in for as long as possible, he is more likely to make necessary changes so that you keep things working.

5. He feels bad, regret, guilt.
If you fight, he lies, or he hurts you, he feels guilty. Someone who doesn’t care about your feelings or your relationship isn’t going to see that they need to change.

6. You work on communicating.
When there are issues with communication he works on them with you so that there is an open conversation.

7. He takes responsibility for his actions
He will own up when he does something wrong and doesn’t try to blame others or you. He acts like an adult.

8. These issues are recent.
The problems you are facing aren’t a long time in the making. They are newer and you have a better chance to reverse them.

9. He sees a future with you.
He wants to be with you, sees the things he has to change, and is willing to do them.

10. He expresses a desire to change.
He actually WANTS to change because he sees that things can’t stay the way they are.